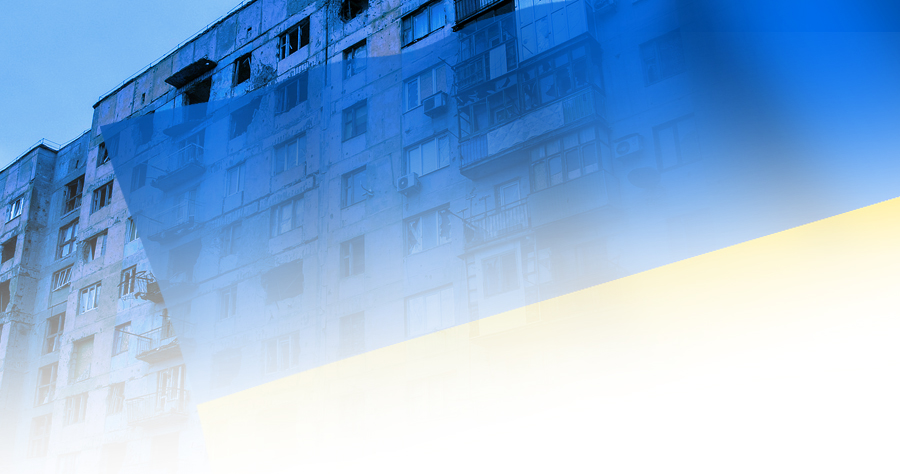 The surge in violence in eastern Ukraine provides yet another stark reminder of Russia’s ongoing aggression against its neighbor, a conflict Russia initiated and sustains. Over the course of the past week, the OSCE Special Monitoring Mission to Ukraine (SMM) counted the highest number of explosions by proscribed heavy weapons during the past year, with nearly 4,000 recorded explosions on March 23 alone. Russia and the separatists it backs continue to disregard the welfare of civilians by blocking the delivery of humanitarian assistance and deliberately shelling civilian infrastructure, creating dire consequences for those living in the conflict area. The SMM confirmed 12 civilian casualties last week alone. Shells again struck the Donetsk Water Filtration Station’s chlorine tanks, which, if damaged, could trigger the release of a toxic gas cloud that could cause a humanitarian disaster. Such incidents underscore the importance of upholding the newly adopted commitment made in the Trilateral Contact Group to restore the ceasefire by April 1.

The presence of proscribed weapons within range of the contact line can trigger a rapid escalation of the conflict. Deescalating the fighting depends on the verifiable withdrawal of these weapons and the disengagement of forces from the contact line. To verify withdrawal, the SMM must have a comprehensive baseline inventory of proscribed weapons in possession of the parties, and their locations. When the first inventory was submitted to the SMM following the signing of the 2014 Minsk Memorandum, Russia-led separatist forces grossly underreported weapons in their arsenal, and thereby undermined confidence in the Minsk agreements. Meanwhile, Russian weapons continue to pour into eastern Ukraine. We welcome the commitment made yesterday in the Trilateral Contact Group to provide comprehensive baseline information to the SMM on March 31, and to withdraw all proscribed weapons on April 1. Undertaking these steps in full is imperative if there is to be a genuine and sustained ceasefire.

Russia-led separatist forces have been responsible for nine out of ten recent serious incidents in which the safety of SMM monitors was put in jeopardy. To date, there is no indication that those responsible are being investigated or will be held to account for their actions, just as the separatists failed to investigate the firebombing of OSCE SMM vehicles in Donetsk in 2015 or any other case of violence or threats against SMM monitors. This is unacceptable. We condemn all acts or threats of violence against SMM monitors, who come from 44 OSCE participating States. While we note that the vast majority of such incidents occur when SMM monitors are operating on territory not under the control of the Ukrainian government, we also call upon Ukraine to ensure that its forces do not harass or harm the SMM or its assets. Ukraine must investigate incidents that occurred on March 22 and 26, in which the SMM’s mini-UAVs came under small arms fire while in government-controlled territory. Such incidents coincided with an increase in SMM sightings of unidentified UAVs on the contact line, which are prohibited by the Minsk Memorandum.

Russia-backed separatists continue to deny access to the SMM and harass the SMM’s monitors at unprecedented levels. On 28 March, armed men threatened and opened fire near an SMM patrol in Kozatske. Hospital staff in separatist-held Horliivka refused to speak with SMM monitors, citing the need for permission from so-called separatist “authorities.” The SMM has been unable to monitor the Russia-Ukraine border in Donetsk oblast because of restrictions imposed upon its movement. Russia-backed separatists continue to refuse the SMM permission to open forward patrol bases near the border despite a clear mandate from the Permanent Council that the mission should have access to all parts of Ukraine. The severe restrictions imposed on the SMM by Russia-backed separatists are part of a concerted effort to prevent the SMM from observing the degree to which Russia is fueling this conflict.

Russia’s actions – not its rhetoric – will show whether it is truly committed to implementing the Minsk agreements, which requires restoring the sovereignty and territorial integrity of its neighbor. Russia has yet to speak out against the declaration by the so-called “DPR” that the contact line is a “state border,” a notion that completely contravenes the Minsk agreements to which Russia is a party. Russia’s continued silence on this and other actions by the separatists that undermine Ukraine’s control of its territory reflects Russia’s policy of support for separatism.

Russia continues its campaign to silence voices speaking out against its occupation and attempted annexation of Crimea. On March 20, a Crimea court once again postponed the trial of journalist Mykola Semena, on trial simply for stating that Crimea remains a part of Ukraine. Russian authorities have also extended the term of the politically motivated incarceration of Crimean Tatar Mejlis deputy chairman Akhtem Chiygoz for a further three months. We note that on March 28, human rights lawyer Emil Kurbedinov was called to the Investigative Committee for interrogation in relation to yet another investigation opened against him, after he served 10 days in prison last month on a baseless conviction in retaliation for a 2013 social media post. We again call on Russia to cease its harassment and threats against Kurbedinov and other lawyers representing defendants in politically-motivated trials, as well as those show trials themselves. Russia must immediately release Ilmi Umerov, Akhtem Chiygoz, Emir-Ussein Kuku, and other Crimeans now on trial for opposing the occupation, as well as those already convicted on baseless charges – including Oleh Sentsov, Oleksander Kolchenko, Oleksander Kostenko, and many others.

The United States affirms its staunch support for Ukraine’s sovereignty, independence, and territorial integrity within its internationally-recognized borders. Crimea-related sanctions on Russia will remain in place until Russia returns full control of the peninsula to Ukraine. We join our European and other partners in restating that our sanctions against Russia for its aggression in eastern Ukraine will remain until Russia fully implements its commitments in the Minsk agreements. We again call on Russia to observe the Helsinki Final Act, in which all participating States acknowledged that one another’s frontiers are inviolable and committed to respect the sovereignty and territorial integrity of each participating State.