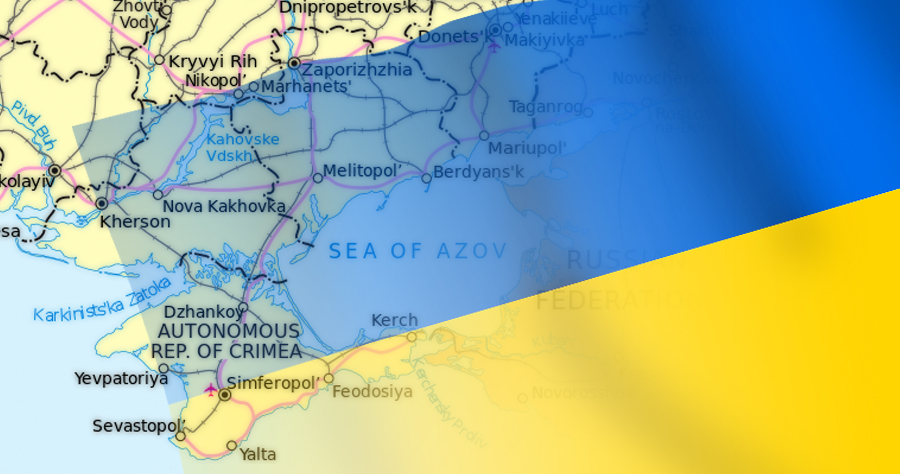 Ukrainian Flag and Map of Ukraine

Russian aggression in eastern Ukraine continues to cost lives every day. More than a million people remain displaced by fighting. The humanitarian crisis has worsened, as shelling periodically cuts off water and power to people living in the Donbas. The economy has been severely damaged, and OSCE monitors continue to face restrictions, harassment, and aggression.

Even as the impact of Russia’s aggression continues to affect the lives of so many in Ukraine, Russia takes steps that make resolution of the crisis even harder. In saying that the separatists’ declaration of a so-called “state border” along the line of contact, and their seizure of Ukrainian commercial entities, is “understandable,” Russia seeks to justify actions that contravene the objectives set out in the Minsk agreements. In choosing to recognize travel documents issued by so-called separatist “authorities,” Russia further entrenches a situation that puts civilians at risk and separates families. In sanctioning the expropriation of Ukrainian-owned businesses, Russia seeks to divert revenue streams and further isolate eastern Ukraine. Collectively, these actions suggest that Russia is pursuing a policy to test the reaction of OSCE participating States to its gradual increase in control over eastern Ukraine. The United States condemns these destabilizing actions and calls on Russia to reverse them immediately.

Restrictions on the Special Monitoring Mission to Ukraine continue to undermine the full implementation of the Minsk agreements, and the mission’s ability to verify the withdrawal of proscribed weapons. Combined Russian-separatist forces denied OSCE monitors access to territory under their control 45 times in the first two weeks of March. But, even with limited access, monitors continue to spot large numbers of proscribed heavy weapons — including multiple launch rocket systems — on territory held by the Russia-led separatists. Without full and unfettered access, the international community cannot conduct a full accounting of Russian weapons and activity in eastern Ukraine. And without that accounting, Russian attempts to paint Ukraine as responsible for fomenting violence along the line of contact appear to be yet another attempt to obfuscate Russia’s aggression against its neighbor.

The United States joins other participating States in calling for the immediate implementation of the ceasefire; the full, verified withdrawal of proscribed weapons; and safe and unhindered access for the OSCE Special Monitoring Mission throughout the entire territory of Ukraine. The United States remains profoundly concerned about the safety of SMM monitors. Any forces that deliberately threaten or carry out acts of violence against the SMM must be held to account.

In Crimea, Russia continues to silence civil society and independent media. Members of minorities, especially Crimean Tatars and ethnic Ukrainians, and those who oppose the occupation, continue to face harassment and political prosecution. The UN Human Rights Monitoring Mission’s latest report states that occupation authorities “extract confessions through torture and ill-treatment” and employ punitive psychiatric treatment against members of these groups. The show trial against independent journalist Mykola Semena is an example of the lengths to which Russia will go to stifle those who speak out against its occupation of Crimea and the repression of the ability of individuals to exercise their rights. We appeal once again for Russia to drop all charges and release Mr. Semena, and all other Ukrainians held by Russia for political reasons.

The United States affirms its staunch support for Ukraine’s sovereignty, independence, and territorial integrity within its internationally-recognized borders. Crimea-related sanctions on Russia will remain in place until Russia returns full control of the peninsula to Ukraine. We join our European and other partners in restating that our sanctions against Russia for its aggression in eastern Ukraine will remain until Russia fully implements its commitments in the Minsk agreements. Russia’s actions in Ukraine are in contravention of international law, the Helsinki Final Act, and Russia’s ensuing OSCE commitments.