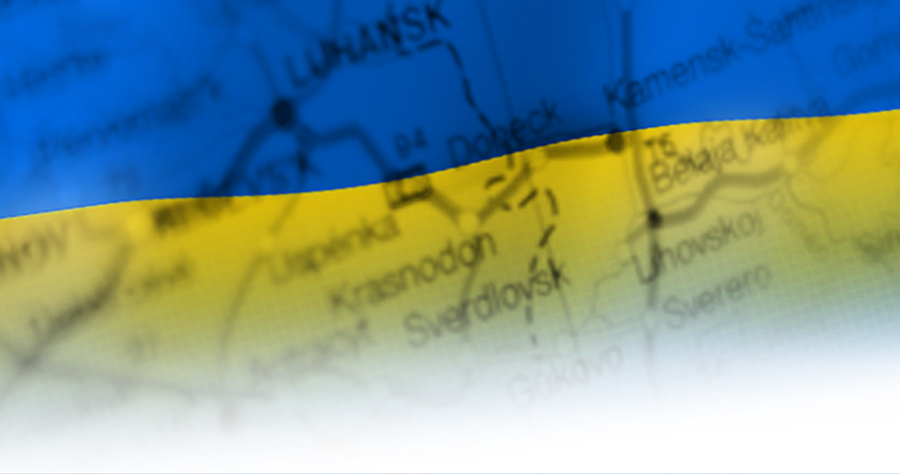 The United States fully supports Ukraine’s sovereignty, independence, and territorial integrity within its internationally recognized borders, including its territorial waters.

As delivered by Chargé d’Affaires, a.i. Kate M. Byrnes
to the Permanent Council, Vienna
May 25, 2017

The conflict in eastern Ukraine continues unabated. On May 17, the SMM noted a 75 percent increase in ceasefire violations compared to the previous week, heightened violence in all five major hotspots along the contact line, and mounting civilian deaths, including a 56 year-old woman in Yasynuvata killed by mortar fire. The SMM also recorded a marked increase in the use of Minsk-proscribed weapons, especially artillery and multiple launch rocket systems. We underscore that a visible, verifiable, and irreversible improvement in the security situation is a precursor for progress on political elements of the Minsk agreements.

There has been limited progress on implementing the Trilateral Contact Group’s Framework Decision on Disengagement of Forces and Hardware, despite agreed-upon commitments for demilitarized areas. Mine clearance operations are anemic and irregular, while exchanges of fire regularly occur in the disengagement area near Stanytsia Luhanska. This situation comes with serious humanitarian and economic consequences. On May 16, an elderly man lost his leg in Luhansk after tripping a mine; on May 21, a farmer in Talakivka drove a tractor over a mine in a field used for growing sunflowers. Although he escaped uninjured, farmers in the conflict zone are scared to tend their crops as we move into peak cultivation season. Land previously deemed safe for agriculture is now off limits, destroying livelihoods.

In the Permanent Council last week, the Russian Federation attempted to distract us from the ongoing Russian-led separatist campaign to harass, intimidate, and interfere with SMM patrols. The majority of participating States speaking in the Permanent Council strongly condemned all efforts to undermine the SMM. They called on Russia to stop the Russian-led separatists from harassing and intimidating SMM monitors. Our collective demands, however, were once again met by silence from the Russian Federation, which demonstrates its reluctance to follow through with commitments made in the SMM mandate that has been approved and reaffirmed by the Permanent Council.

Restrictions on the SMM continue. On May 21, monitors visited a hospital in Luhansk city to follow up on reports of a civilian casualty in “LPR”-controlled Obozne. Medical staff told the SMM it would need written permission from so-called “LPR” authorities to share information on the case. Yesterday, the SMM reported that armed “DPR” members aggressively told monitors to depart an area they had previously been allowed to access.

Despite the ongoing harassment and intimidation faced by the SMM, the tragic death of SMM paramedic Joseph Stone, and the self-imposed security measures taken by SMM patrols in the aftermath, monitors remain committed to the mission, engaged in their work, and motivated to fulfill the SMM’s mandate. We heard this message resoundingly during recent meetings held in Ukraine with U.S. citizen members of the SMM. While the OSCE must continue to improve SMM operations, effectiveness, and safety, monitors and their colleagues stressed the critical importance of unrestricted patrolling, as they believe in the vital role the SMM plays in implementing the Minsk agreements.

Fulfilling the SMM’s mandate requires the mission have full and unrestricted access to all parts of Ukraine. This includes the area along the border with Russia, to which the SMM has only limited access. This also includes Crimea, which remains an integral part of Ukraine. Last week, as we remembered the 73rd anniversary of Stalin’s deportation of Crimean Tatars from their historic homeland, Russian security services stepped up their repressive behavior on the peninsula. Russian occupying police detained Crimean Tatars to prevent them from taking part in services to commemorate the deportations. In Russia-occupied Simferopol, activists Server Izmailov, Nariman Dzhemaliev, and Server Karametov were detained for carrying flags with symbols of the Crimean Tatar Mejlis and laying flowers at a monument to the tragic deportations. In contrast, in the parts of Ukraine under the control of the Ukrainian government, Crimean Tatars peacefully exercised their human rights to freedoms of peaceful assembly and expression.

We are also concerned by reports of police interrogations of Crimean Tatar activist Rustem Mennanov, apparently in retaliation for mentioning the banned Crimean Tatar Mejlis in a 2016 Facebook post.

The serious abuse faced by Crimean Tatars, ethnic Ukrainians, and others that Russia suspects of opposing its occupation continues unabated. We once again call upon the Russian Federation to end its repressive actions in and occupation of Crimea. The United States supports Ukraine’s sovereignty, independence, and territorial integrity within its internationally-recognized borders. We do not recognize Russia’s attempt to annex Crimea.  Crimea-related sanctions on Russia will remain in place until Russia returns full control of the peninsula to Ukraine. We join our European and other partners in restating that our sanctions against Russia for its aggression in eastern Ukraine will remain until Russia fully implements its commitments under the Minsk agreements.