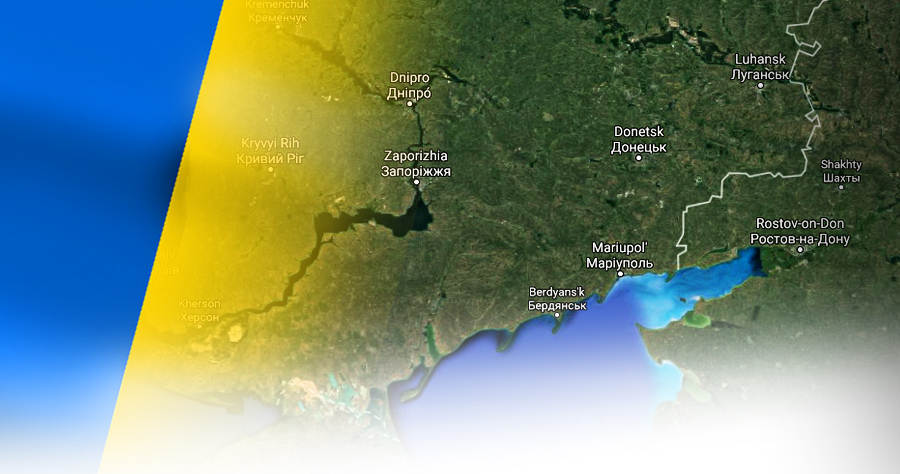 As delivered by Chargé d’Affaires, a.i. Kate M. Byrnes
to the Permanent Council, Vienna
May 18, 2017

We are into the third year of the Russian initiated conflict in eastern Ukraine, where conditions continue to deteriorate and human casualties mount. Although there is a path to peace in the form of the Minsk agreements, Russia refuses to acknowledge its role in the conflict, flouting its commitments and fueling the violence with personnel, money, and weapons.

The United States is shocked by the mounting death toll of civilians. Since the start of the year, the OSCE Special Monitoring Mission to Ukraine (SMM) has corroborated over 163 civilian casualties, including 32 people killed. On May 14, the SMM reported four people were killed after an artillery shell – fired from an area under Russian-led separatist control – exploded on a house in Avdiyivka. Tragically, this latest instance of Russian-led forces shelling civilian targets left two small girls orphaned. The SMM reported May 13 on the death of a non-combatant male while under medical care for wounds sustained in the conflict. Such attacks must stop. We call on Russia to stop attacks on the civilians and end this senseless violence.

In their May 11 report to the Permanent Council, Ambassadors Apakan and Sajdik clearly stated that conditions in eastern Ukraine are in a downward spiral. Time and time again, they have come to Vienna to call for the implementation of a comprehensive ceasefire, the withdrawal of heavy weapons, and the disengagement of forces. Unfortunately, any prospect of a comprehensive ceasefire remains remote; over the past seven days, the SMM recorded hundreds of explosions across the areas under its observation. We stress, once again, that only a visible, verifiable, and irreversible improvement in the security situation will allow progress on the political elements of the Minsk agreements, and call on Russia as a Minsk signatory to make this a reality.

Last week, Ambassadors Apakan and Sajdik underscored the danger presented to SMM personnel by a sustained campaign of harassment, intimidation, and restricted movement as these brave men and women attempt to carry out their mandate. Ambassador Apakan warned in particular of the campaign intended to “demonize” the SMM. After the tragic and unnecessary death of SMM paramedic Joseph Stone, OSCE participating States joined in a declaration in support for the Special Monitoring Mission to Ukraine, affirming the SMM’s mandate for safe and secure access throughout Ukraine. Yet, Russia is unmoved. Russia will not lift a finger to curb its proxies from harassing and intimidating our monitors.

On May 12, the SMM reported interference with a patrol near Petrivske, in territory controlled by Russian-led separatists, when a militant demanded to know the names and gender of monitors before allowing an SMM patrol to pass. In the May 13 SMM report, monitors noted that so-called “DPR” authorities issued instructions to deny passage for SMM patrols unless they traveled on so-called “planned routes.” This is unacceptable interference intended to prohibit the SMM from carrying out a mandate that has been approved and reaffirmed by the Permanent Council. The United States, once again, condemns all acts of violence directed against OSCE personnel, and calls upon the parties to the conflict to hold those responsible to account. Impunity must end.

We note with regret that during the last Permanent Council meeting, the Russian Federation failed to condemn the May 5 incident in which Russian-led separatist forces held SMM personnel at gunpoint and sexually harassed a female monitor. Russia’s silence suggests that it either condones such behavior or is complicit in it.

Mr. Chair, we note that today marks the 73rd anniversary of the Soviet ordered mass deportation of over 230,000 Crimean Tatars from their homeland. Nearly half of them, mostly women, children, and the elderly perished between 1944 and 1947. This painful history of mass persecution deeply resonates today as the government of Russia continues its campaign of violence and persecution in Crimea, including reported killings, disappearances, imprisonment, and torture of those whom it fears may dare to speak the truth, and call Russia’s occupation of Ukrainian territory what it is.

According to Crimean Tatar leaders, approximately 20,000 Tatars have fled Crimea since the occupation began. We remain deeply disturbed by the unsolved, enforced disappearances of Tatars like Ervin Ibragimov, the criminalization of the Crimean Tatar Mejlis, the banning of Crimean Tatar media outlets, the ongoing baseless prosecution of Crimean Tatar leaders Ilmi Umerov and Akhtem Chiygoz, and the politically-motivated trials and convictions of dozens of other Crimean Tatars who oppose Russia’s occupation. We note, in particular, that Russian occupation authorities have again called for a stiffer sentence for Ruslan Zeytullayev in a baseless terrorism case. The prosecutor had called his prior sentence of seven years “too lenient,” resulting in a court decision to increase his term to 12 years. Occupation authorities remain unsatisfied even with this verdict, and are appealing to Russia’s Supreme Court, seeking to extend his sentence yet further to 17 years. It is astonishing that Russia is resurrecting the worst excesses of its sordid Soviet history of persecution of the Tatar peoples of Crimea.

Crimea remains an integral part of Ukraine within its internationally recognized borders. We call on all OSCE participating States to continue to uphold the principles of sovereignty and territorial integrity enshrined in the Helsinki Final Act, and reject Russia’s attempted annexation and occupation of Crimea. Sanctions will remain in place until Russia ends its occupation of Crimea and returns full control of the peninsula to Ukraine. We join our European and other partners in restating that our sanctions against Russia for its aggression in eastern Ukraine will remain until Russia fully implements its commitments under the Minsk agreements.