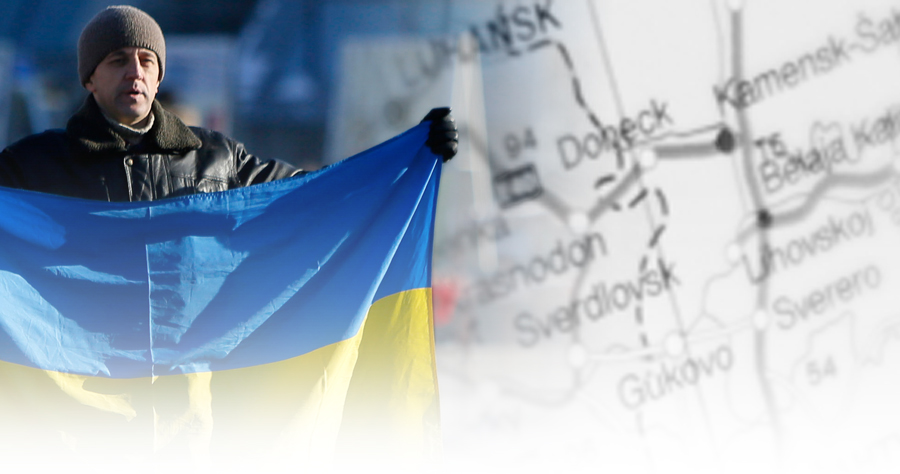 Russian-led separatists’ unacceptable campaign of harassment and intimidation of OSCE monitors continues to escalate. On June 20, the Special Monitoring Mission to Ukraine (SMM) reported an egregious security incident in which so-called “DPR” militants fired small arms in the air near an SMM patrol that had exited their vehicles. The militants then engaged the monitors in hostile, aggressive conversation, pointed their weapons at the patrol, attempted to smash the windows of the vehicle, and ultimately fired at least three shots at the patrol. On June 7, armed separatists stopped an SMM patrol from proceeding to so-called “DPR”-controlled Oleksandrivske.

Russian-led separatists also continue to obstruct the operation of SMM UAVs. On June 7, 9, and 10, SMM patrols reported small-arms fire which they assessed to be targeting UAVs they were operating nearby. Firing at SMM patrols and UAVs, and detaining SMM patrols, are categorically unacceptable actions. We call on Russia to order its proxies to end their campaign of harassment aimed at the SMM immediately. The SMM is a vital component to implementation of the Minsk agreements. Parties that threaten the SMM, or refuse to stop the threats against it, are signaling their rejection of the peace process for eastern Ukraine.

Even as Russian-led separatists threaten the SMM, monitors now measure daily ceasefire violations in the hundreds. The conflict continues to claim civilian lives. The UN Human Rights Monitoring Mission reported that, according to conservative estimates, the fighting has killed more than 10,000 people, including 2,800 civilians. Compared to the same period in 2016, more than twice as many civilians have died this year as a result of the conflict. In its June 14 weekly report, the SMM corroborated 14 civilian casualties throughout the conflict zone.

In addition to the unacceptable death toll, other human costs continue to mount. Nearly 400,000 people in Donetsk oblast lost a regular supply of water after a pumping station was shelled on June 8 and 11. A Trilateral Contact Group representative from the so-called “DPR” refused an ICRC proposal to establish security zones around critical infrastructure sites. We call on Russia to use its influence over the separatists to accept the ICRC proposal to protect critical infrastructure and implement measures to ease the impact of the fighting on the local population.

Three years ago, representatives of Russia, Ukraine, and the OSCE met for the first time as the Trilateral Contact Group (TCG) to facilitate a diplomatic resolution to the conflict in the Donbas. Since then, the TCG and its working groups have mapped a plan that should be acceptable to all parties to the conflict. The path forward is clear: establish security and build confidence through a comprehensive ceasefire and the withdrawal of heavy weapons, then implement accepted political measures. On June 14, Secretary Tillerson made clear in his testimony to Congress that the United States remains committed to the Minsk agreements, but that we have not been satisfied with the progress of their implementation. In this light, we welcome the June 21 announcement that the TCG, along with the Russian-led separatists, have agreed to a “harvest” ceasefire to stave off fighting during what is traditionally the peak fighting season. If implemented, this ceasefire would be significant, since fighting in 2017 has been markedly more intense and deadly than last year. Although the sides have agreed to such ceasefires before, implementation often fails, largely because the so-called “separatists” – armed, trained, and led by Russia – refuse to allow the called-for conditions.

We remain deeply troubled by ongoing reports of serious abuses taking place in territory controlled by the Russia-led separatists. This includes concern over the June 2 disappearance in Donetsk of freelance journalist Stanyslav Aseyev. Given his open opposition to Russia’s aggression in Ukraine, there are widespread fears that Aseyev is being held incommunicado by “separatist” authorities.

Crimean Tatars and others who oppose the attempted annexation of Crimea likewise continue to suffer at the hands of Russian occupiers. We are following the show trials of Crimean Tatar leaders Akhtem Chiygoz and Ilmi Umerov, Ukrainian journalist Mykola Semena, Ukrainian activist Volodymyr Balukh, and the dozens of others tried or imprisoned in Crimea and Russia in retaliation for their support of Ukrainian sovereignty in Crimea. We are concerned by reports this week that Mr. Balukh was denied necessary medical treatment.

Mr. Chair, mirroring its attempts to stifle dissenting views in Crimea and elsewhere, during the recent OSCE Conference on Media Freedom in Volatile Environments, Russia apparently sought to deny the opportunity for meaningful discussions by flooding the forum with mouthpieces for the Kremlin. Many participants had traveled long distances to participate in good faith.

In conclusion, the United States remains deeply disturbed by the escalating violence in the Donbas, and continues to fully support Ukraine’s sovereignty, independence, and territorial integrity within its internationally-recognized borders. We do not now, nor will we ever, recognize Russia’s purported annexation of Crimea. As Secretary Tillerson said, sanctions on Russia will remain until Moscow fully implements the Minsk agreements and returns control of Crimea to Ukraine. We join our European and other partners in affirming that our separate, Crimea-related sanctions will remain in place until Russia returns full control of the peninsula to Ukraine.