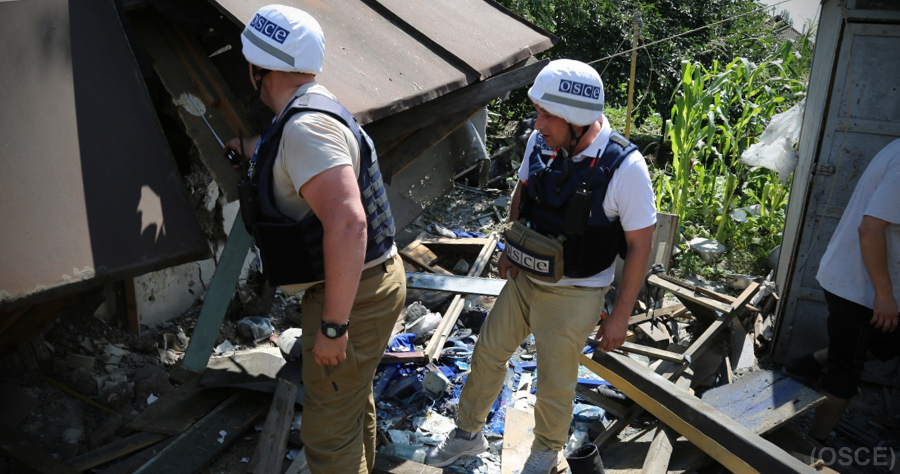 The renewed effort towards a lasting and comprehensive ceasefire in eastern Ukraine affords an opportunity that we should not let slip away. True progress on implementation of the Minsk agreements will start only when Russia’s proxies cease attacks against Ukrainian forces. Although the number of ceasefire violations is down since last August, conditions along the line of contact are still too volatile for real progress.

We remain concerned about the presence of proscribed weapons along the line of contact. On September 23 and 24, fighting broke out in Svitlodarsk to a level not seen since early August, as the sides exchanged small-arms fire intermixed with mortar and artillery fire for several hours. Let us not forget who is responsible for this conflict. We call once again on Russia to disengage the forces it leads, arms, trains, and fights alongside from the line of contact and withdraw proscribed weapons in accordance with the Minsk agreements.

Russia-led forces continue to deny access to SMM monitors throughout the area, evidenced by six separate incidents during the past week. These denials of access were imposed without explanation, even though the SMM’s mandate, agreed by all participating States, allows for unimpeded movement throughout all of Ukraine’s internationally-recognized territory. Monitors were once again blocked from monitoring the vast majority of the international border between Russia and Ukraine, where Russia continues to cloak its activities from the international community. Russia-led forces refuse to grant the SMM the security guarantees needed to open forward patrol bases near the border. As a result, the SMM is operationally limited to monitoring one or two border crossings for one or two hours a day — a paltry sample.

Mr. Chair, we note the instances of the SMM facilitating repairs to water and power lines along the line of contact. The mirror patrols and temporary ceasefires that accompany these efforts, along with the JCCC’s coordination role with the sides, should instill a degree of confidence in us all. We welcome the SMM, the JCCC, and the parties to the conflict working constructively on issues that affect the civilian populace. As winter approaches and temperatures drop, the humanitarian implications of any loss of electricity or water will mount. We call upon combatants to maintain safe zones around critical infrastructure to prevent disruptions in services to civilians.

We have entered the fourth year of this conflict, but the path forward is clear. The Minsk agreements provide the means to a peaceful end of the conflict in the Donbas. We call upon Russia, and the forces it backs, to make good on its commitments and start creating the conditions necessary for full implementation of those agreements.

Regrettably, conditions in Crimea continue to deteriorate. We condemn the September 27 sentencing of Crimean Tatar leader, Ilmi Umerov, who was found guilty of “separatism” by a court in Russia-occupied Crimea after peacefully opposing Russia’s purported annexation of Ukraine’s Crimean peninsula. Umerov, who has Parkinson’s disease, diabetes, and heart problems, received a two-year prison sentence after a sham process reminiscent of Soviet show-trials. This sentencing is yet another part of Russia’s campaign to intimidate and silence voices who wish to speak out against Russia’s occupation and purported annexation of the peninsula.

Finally, Mr. Chair, the United States remains steadfast in its support for Ukraine’s sovereignty, independence, and territorial integrity within its internationally-recognized borders. We do not, nor will we ever, accept Russian efforts to change the borders or territory of Ukraine by force or coercion. We join our partners in Europe and elsewhere in affirming that our sanctions against Russia for its conduct in eastern Ukraine will remain in place until it fully implements its commitments in the Minsk agreements. Our separate, Crimea-related sanctions will remain until Russia returns full control of the peninsula to Ukraine.