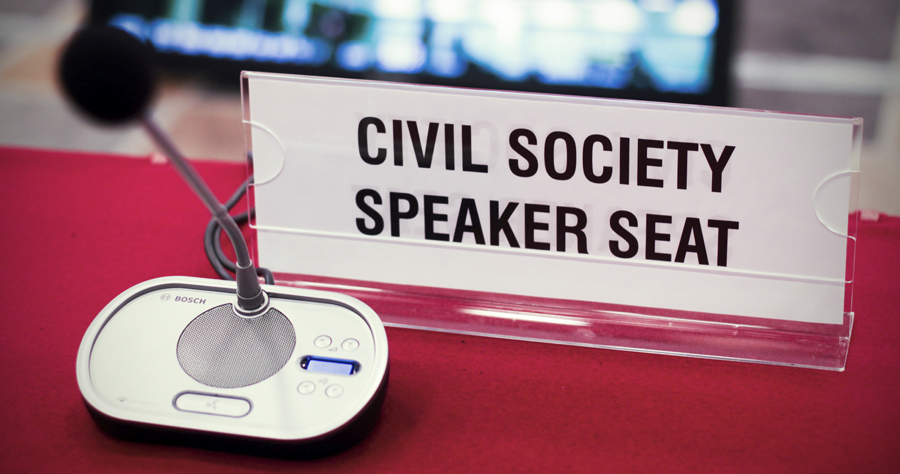 Europe’s largest human rights event, the OSCE’s Human Dimension Implementation Meeting 2017 (HDIM), takes place this year from September 11-22 in Warsaw, Poland. A yearly conference that draws hundreds of government and civil society experts from across the OSCE region, the HDIM is an unparalleled opportunity for human rights defenders to hold governments to account for their human rights record. In doing so, they help strengthen our common security.

Where Civil Society Has an Equal Seat at the Table

OSCE governments established the HDIM in 1992 as a venue to assess one another’s living-up to their human rights commitments. Over a two week period, conference participants scrutinize issues like media freedom, minority rights, and the rule of law. They call attention to where respect for human rights is lacking, recommend ways OSCE governments can better implement their human rights commitments, and suggest new areas of action for the OSCE to pursue in the human rights sphere. OSCE publics — represented by civil society — also contribute to the HDIM, where they enjoy unmatched access to government decision-makers and an equal seat at the plenary table.

The HDIM Plays a Crucial Role in our Common Security

All OSCE countries have acknowledged that respecting their citizens’ fundamental rights is essential to maintaining peace and security not only within their borders, but beyond them too. This makes compliance with OSCE human rights standards a direct and legitimate concern for us all. As the main venue for evaluating OSCE governments’ adherence to their human rights pledges, pointing to shortcomings where they exist, and generating new ideas for the OSCE to explore, the HDIM plays a central role in the OSCE’s comprehensive approach to strengthening our common security.

For more information on the event, visit http://www.osce.org/odihr/hdim_2017.