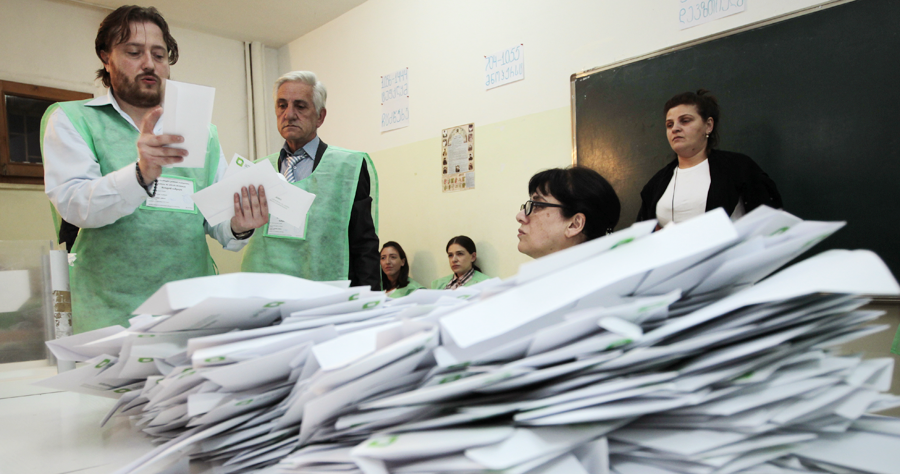 The United States congratulates the people of Georgia on their competitive and well-administered October 8 parliamentary elections, which largely respected human rights and fundamental freedoms. We concur with the preliminary conclusions of the ODIHR-led International Election Observation Mission, consisting of the OSCE’s Office of Democratic Institutions and Human Rights, the European Parliament, and the parliamentary assemblies of the OSCE, Council of Europe, and NATO.

The United States notes that election day generally proceeded in an orderly manner, but regrets that tensions increased during the day and several violent incidents took place in polling stations. We strongly condemn these isolated incidents of violence and intimidation, as well as those that occurred in the pre-election period, and urge a thorough and balanced investigation of all such incidents, conducted in a manner that respects the rule of law.

We were pleased that the Central Election Commission’s administration of the elections and management of the voters’ lists enjoyed high confidence, and that the campaign atmosphere was largely pluralistic and competitive, as assessed by ODIHR’s International Election Observation Mission. We encourage Georgia to follow up quickly on any complaints, including cases where local election commissions did not follow procedures, and to ensure the next round of parliamentary elections is fully in line with Georgia’s international obligations and OSCE commitments, particularly with regard to the tabulation process.

These elections were the first step in a process that will include further run-off contests, and we urge all parties and their supporters to approach these elections in a calm and peaceful manner, and to address any electoral concerns in accordance with Georgian law. The United States will continue to monitor the process closely, including the campaigning to come and run-off elections.

The United States looks forward to continuing our close cooperation with Georgia on a common agenda that advances Georgia’s political and economic development and its aspirations to integrate into Euro-Atlantic institutions.