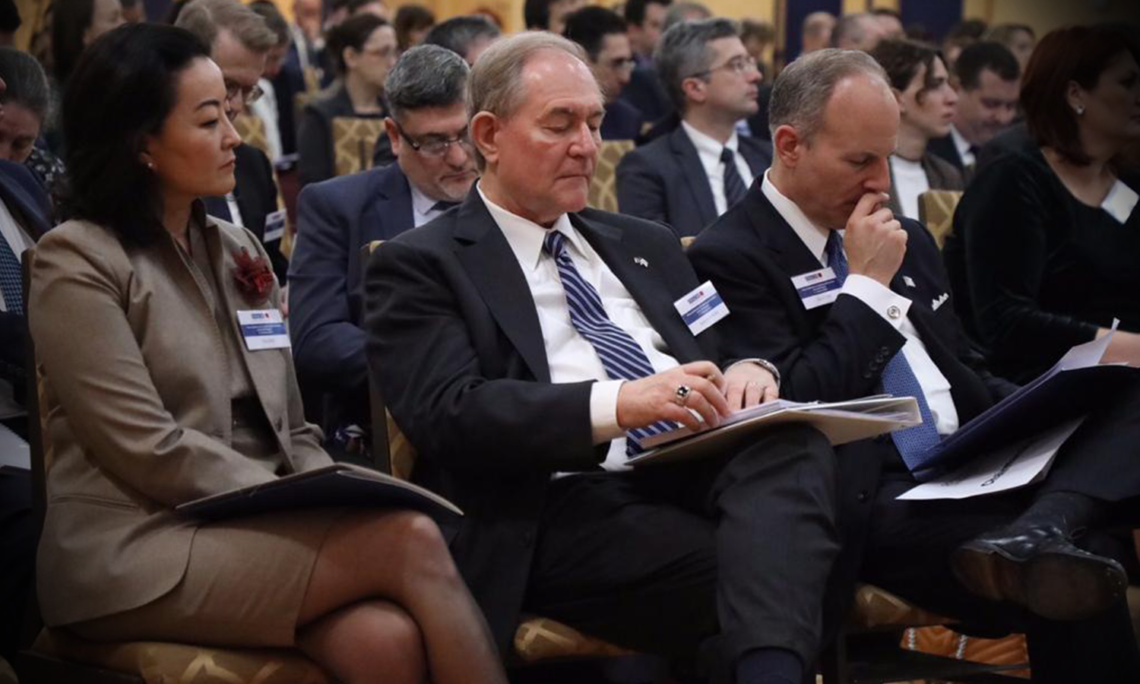 OSCE and government officials, civil society actors, religious leaders, and educators spoke on the rising level of harassment and violence directed against Jewish populations throughout the OSCE region and the need to counter this scourge of anti-Semitism with a coordinated approach from all stakeholders. Leaders discussed how anti-Semitism, Holocaust denial, anti-Zionism, and historical revisionism are all on the rise in the OSCE region and perpetuated by multiple bad actors. Panelists called on states and politicians to speak out wherever and whenever anti-Semitism occurs.

Ambassador Gilmore took the floor to reaffirm U.S. solidarity with the Jewish community, and standing against hate crime and anti-Semitic speech. Ambassador Gilmore said: “Anti-Semitism is on the rise around the world, including in many OSCE countries—a fact none of us can deny. As these manifestations of hate persist and grow across our region – including in the United States – it is incumbent upon all of us, the participating States of the OSCE, to respond with decisive action.”

U.S. Head of Delegation Special Envoy Carr, delivering the United States national statement, reiterated that the United States is committed to fighting anti-Semitism in all its forms. “Across the world, including in the OSCE region, Jewish individuals, their places of worship and their property are targets of anti-Semitic violence. Jewish communities fear for their safety. No country – not the United States nor any OSCE participating State – is immune. No country can be complacent.” Special Envoy Carr highlighted the U.S. government’s four global priorities when it comes to addressing anti-Semitism: urging governments to provide adequate security for their Jewish populations; investigating and prosecuting hate crimes; removing anti-Semitic material from educational curricula and including Holocaust education in schools; and confronting and condemning hate speech, especially on social media.