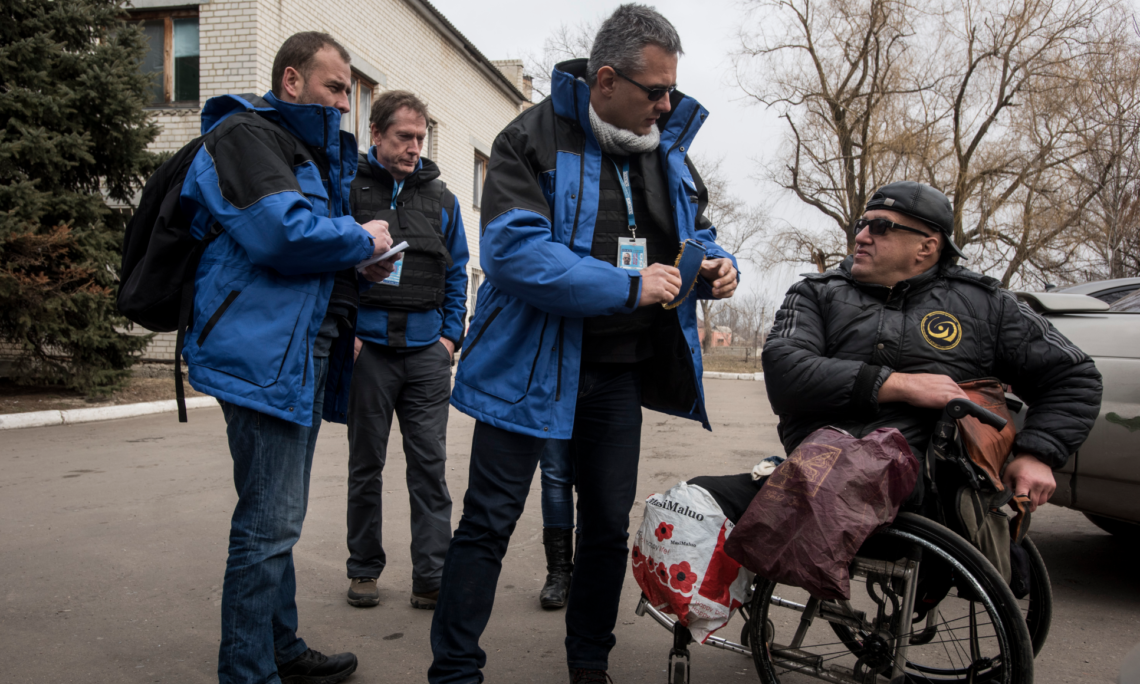 Vienna, March 19, 2020 – The Permanent Council of the Organization for Security and Cooperation in Europe (OSCE) passed the 2020 budget for the Special Monitoring Mission (SMM) to Ukraine and renewed its mandate for the coming year. Head of the U.S. Mission to the OSCE, Ambassador James Gilmore, had long called on OSCE participating States to show their support of the peaceful resolution of the conflict in Ukraine by passing the SMM budget. “Financial support to the Special Monitoring Mission is an expression of political resolve to support the peace process,” Gilmore stated.

The SMM is an unarmed, civilian mission that serves as the OSCE’s eyes and ears on the ground in Ukraine. Its main task is reporting impartially and objectively on conditions in Ukraine and facilitating dialog among the various parties there. The United States seeks to increase the capacity of the SMM and, of equal importance, to ensure the safety and welfare of the men and women who have volunteered to put themselves at real personal risk to carry out these important tasks.

The budget passed today entails an eight percent increase over the 2019 budget and responds to negotiated advances, albeit as yet unfulfilled, made at the Normandy Four Summit last December and through the Trilateral Contact Group. The United States fully supports the positive developments that are encompassed in this budget and hopes the passage is a step forward toward seeing them realized.

That being said, the U.S. Mission to the OSCE also notes that the SMM’s mandate extends to Crimea, where Russian authorities have yet refused to let them carry out their work. In Crimea, on a weekly basis, there are reports of harassment, discrimination, and acts of repression against Crimean Tatars and other Ukrainian citizens. We call upon Russia to allow the SMM to monitor the situation in Crimea, and to stop imposing restrictions on the SMM fulfilling its mission in eastern Ukraine.