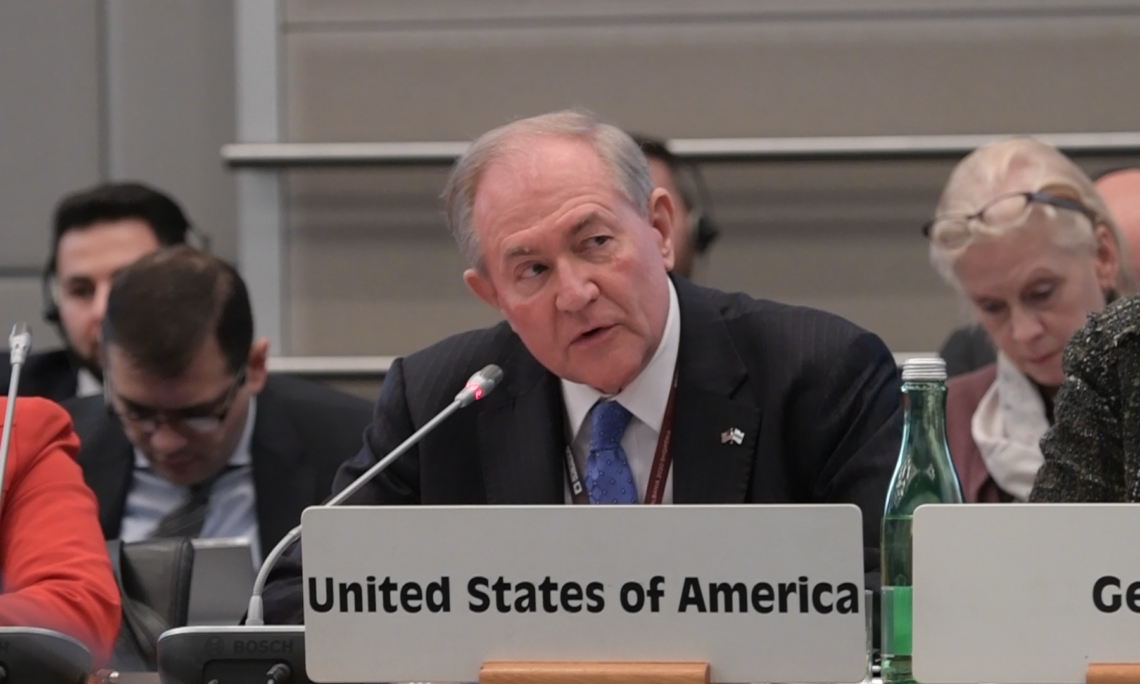 Ambassador Gilmore Condemns Vicious Attack in Chechnya, Calls on Russia to Investigate and Advise the OSCE

Vienna – At a meeting of the Permanent Council of the Organization for Security and Cooperation in Europe (OSCE) on February 13, U.S. Ambassador James Gilmore condemned the February 6 attack against human rights lawyer Marina Dubrovina and investigative journalist Elena Milashina and called on Russia to investigate the attack immediately.

Speaking of the attack, Gilmore called it an “appalling act aim[ed] to silence the few remaining voices willing to speak the truth about the human rights crisis in Chechnya.” He went on to call on “Russian authorities to conduct a credible, federal-level investigation into this incident and to hold the perpetrators to account,” in order “to end the climate of impunity in Chechnya.”

Journalist Elena Milashina was recognized with the State Department’s International Women of Courage award in 2013 for her fearless work as an investigative journalist, as well as her opposition to the extrajudicial kidnappings and torture that plague areas of Russia and her stand against xenophobia and racism in her country. She has also received the Alison Des Forges Award for Extraordinary Activism from Human Rights Watch.

Ambassador Gilmore ended his statement with a request that the Russian Federation provide an update on the progress of investigations to the Permanent Council and the OSCE’s Representative on Freedom of the Media, preferably at the next Permanent Council meeting on February 27.