Home Home | News & Events | Protecting the Rights of Migrants in the U.S. | Statement to the PC 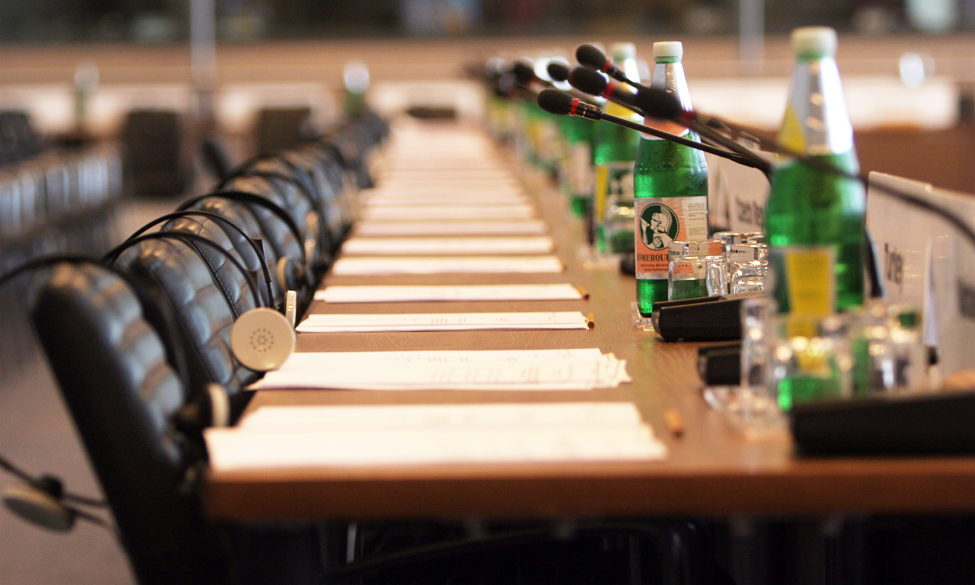 Last month at the Permanent Council, we said that we would return to the issue of the human rights of migrants in the United States.

Let me begin by emphasizing that the United States takes its international obligations and OSCE commitments with regard to migrants very seriously. We are, after all, a country of immigrants, and we’re proud of our record of integrating immigrants into our society. More than 13 percent of the population of the United States is foreign born, and the United States typically receives around 6 million applications each year from people around the world who wish to become lawful permanent residents. Immigrants are a lifeblood of our society and a historic driver of innovation, economic prosperity, and stability in our country. In recognition of this, the United States strives to regularize migration through our immigration laws and policies to the greatest extent possible to ensure the safe, orderly, and humane movement of people into and out of the United States.

As we have seen this past year throughout the OSCE region, the nature of irregular migration is complex and unpredictable. Irregular migration flows may include individuals who fear persecution or torture in their home countries, human trafficking victims, and people seeking better economic opportunities, but also may include a small minority of drug smugglers, terrorists, and human traffickers. Securing borders, enforcing immigration laws, and promoting the human rights and humane treatment of migrants are not inconsistent goals. Our robust protection regime ensures all individuals have a meaningful opportunity to raise protection claims, in keeping with our international treaty obligations, domestic law, and humanitarian values. The United States has many programs and safeguards in place to ensure that the human rights of migrants, including those in custody, are protected throughout our enforcement processes.

Responding to increases in irregular migration is a challenge for any country. In response to the surge in migrants from Central America arriving at our southern border in 2014, the United States took decisive steps to increase its ability to handle the situation humanely. We opened additional family detention facilities, created programs to assist migrants in obtaining access to legal representation, reallocated resources to speed processing times for “credible fear screening,” facilitated smooth and humane repatriation and reintegration where appropriate, and launched a comprehensive and robust partnership with Central American governments to reverse endemic violence and poverty, crack down on criminal networks, strengthen good governance and the rule of law, and promote economic prosperity and inclusive development, in order to address those fundamental challenges driving irregular migration in the region. All of these steps were taken with an eye toward protecting our citizens and borders, while at the same time treating migrants with respect and taking into account their varying protection needs.

We recognize that migrants may have special vulnerabilities, particularly women and children. The United States provides protection to those forcibly displaced from their homes primarily through refugee and asylum programs, as well as withholding removal and offering protection under the Convention Against Torture. Trafficking victims are eligible for benefits similar to refugee/asylee benefits. Temporary protection is also available to migrants who are in the United States when an unsafe situation in their home country prevents them from safely returning. Approximately 430,000 individuals from 13 designated countries currently hold Temporary Protected Status in the United States, which permits them to remain in the United States with work authorization until conditions in their home countries improve sufficiently to allow them to return home safely.

In setting its policy on migrant detention, the United States strives to balance its responsibility to protect its citizens and borders with the critical need to identify those migrants who are themselves in need of protection, and to treat all migrants, including irregular migrants, humanely and with the dignity and respect every person deserves. The United States is committed to providing all detainees in its custody with timely, safe, humane, and appropriate treatment, including medical and mental health care and access to legal resources. Detention facilities are regularly reviewed for compliance with strict standards, and findings of non-compliance are properly and timely addressed through corrective action plans.

The United States recognizes the need for comprehensive immigration reform to improve and regularize migration to the United States, ensuring that our legal migration mechanisms match the labor needs of our country while protecting the rights of workers, reducing bureaucratic barriers to regular migration, and addressing the current irregular migrant population in a humane, fair manner that brings this population out of the shadows.

In conclusion, the United States is committed to the continual improvement of policies to protect the human rights of migrants more effectively. We hope that all OSCE participating States will continue this discussion when President Obama hosts a leaders’ summit on refugees on the margins of the UN General Assembly meeting this September.