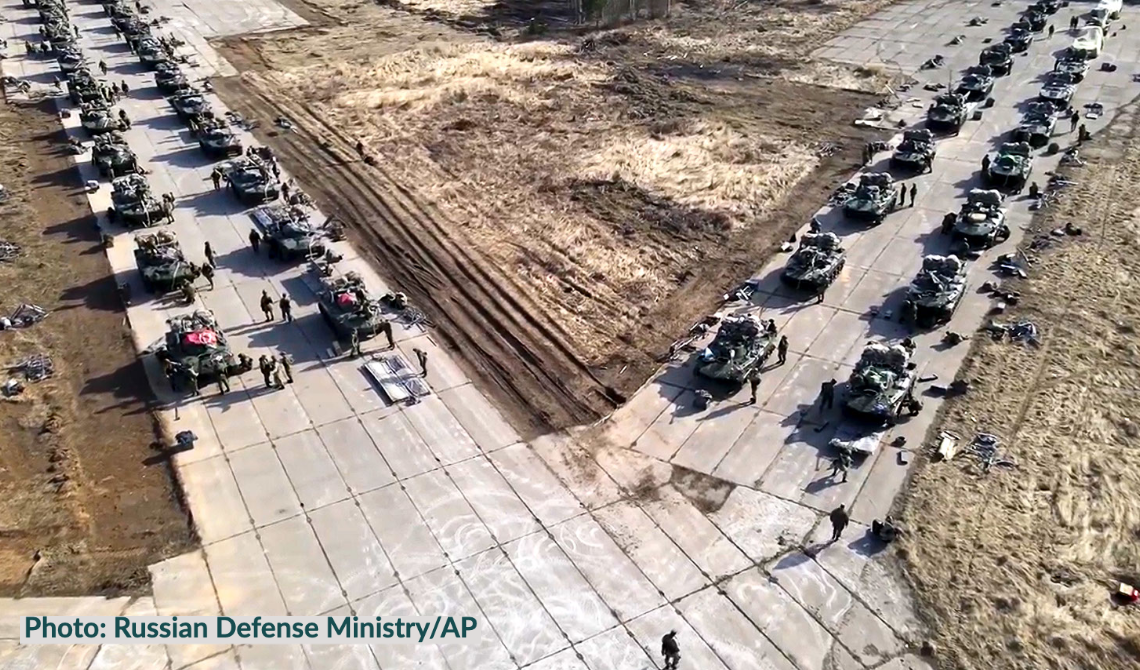 As delivered by Acting Deputy Chief of Mission Elisabeth Rosenstock-Siller
to the Permanent Council, Vienna
April 29, 2021

The non-transparent, large-scale, and unilateral mobilization of Russian forces in and around Ukraine this month is only the most recent illustration of Moscow’s brinkmanship.  Ukraine and the participating States of this Permanent Council called on Russia at the April 14 PC-FSC to explain its provocative and unusual military activities along Ukraine’s borders and in occupied Crimea.  Moscow chose to ignore its commitments under the Vienna Document as an OSCE participating State, claiming its actions required no further explanation, just as they did a moment ago.  Confidence-building and transparency measures such as the Vienna Document only work when participating States value transparency, seek to build confidence, and follow through on their commitments.

Russia’s failure to provide a substantive response to Ukraine’s formal request under the Vienna Document Chapter III paragraph 16 risk reduction mechanism and its refusal to meet with Ukraine per that same paragraph was inconsistent with the letter and spirit of the Vienna Document.

Given the number of troops and equipment Russia massed in and around Ukraine, it is difficult to believe that Russia’s exercises fell below the Vienna Document notification thresholds.   Questions about “unusual military activities” under paragraph 16—which Russia’s actions clearly constitute—are not limited by any numerical thresholds.  Russia owed Ukraine a response in accordance with its Vienna Document commitments regardless of the numbers of Russian military personnel or pieces of equipment that were involved in these unusual military activities.

Russia’s unusual military activities in and near Ukraine underline the urgent need to modernize the Vienna Document with adequate provisions to ensure transparency, in particular regarding no-notice, or “snap,” exercises.  As we recommended in the joint FSC-PC meeting, we would welcome a briefing by Russia on these military activities and other transparency measures—if any—Russia is prepared to provide.  Thus far, Russia has provided none.

We call on Russia to fulfill the Vienna Document commitments to which all participating States are expected to adhere and to provide an immediate and transparent response to Ukraine’s request for information regarding its unusual military activities.  Instead of advancing prospects for a permanent and peaceful resolution of the conflict in eastern Ukraine, Russia’s provocative actions have worsened the situation there and deepened tensions throughout this OSCE community.  It is critical that Moscow fully withdraw its forces, recommit to a ceasefire, and cease its ongoing aggression and destabilizing activities in and near Ukraine.