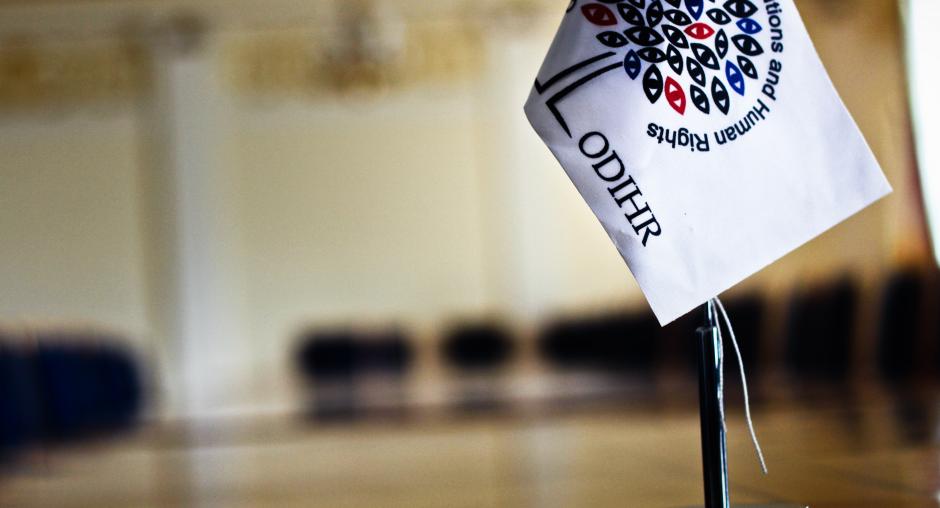 I am Kara McDonald, Deputy Assistant Secretary of State for Democracy, Human Rights and Labor.  I am grateful to the Swedish Chair, Foreign Minister Linde, for affording me this early chance to underscore the Biden Administration’s deep commitment to combatting anti-Semitism, at home and abroad.  President Biden looks forward to nominating a Special Envoy to Monitor and Combat Anti-Semitism.  Until a new envoy is confirmed by the U.S. Senate, it will be my honor to ensure that the State Department loses no opportunity to advance our work on this compelling issue.

Last week, in commemoration of International Holocaust Remembrance Day, President Biden stated: “We must never forget the truth of what happened across Europe or brush aside the horrors inflicted on our fellow humans because of the doctrines of hatred and division. …It’s why I took my children to visit Dachau in Germany, and why I hope to do the same for each of my grandchildren — so they too would see for themselves the millions of futures stolen away by unchecked hatred and understand in their bones what can happen when people turn their heads and fail to act. The Holocaust was no accident of history. It occurred because too many governments cold-bloodedly adopted and implemented hate-fueled laws, policies, and practices to vilify and dehumanize entire groups of people, and too many individuals stood by silently. Silence is complicity. As my late friend and Holocaust survivor (Congressman) Tom Lantos so frequently reminded us. “ ‘The veneer of civilization is paper thin. We are its guardians, and we can never rest.’ ”

President Biden and Secretary Blinken, whose family includes two Holocaust survivors, need no convincing that we must take deadly seriously the violence that often accompanies anti-Semitism and the dangerous lies that undergird it.  My country, and others represented here, have witnessed appalling anti-Semitic attacks.  We must confront the chilling reality that Jewish communities in this region live in daily fear for their safety.  We must always counter lies with facts and answer crimes of hate with justice.

We must also understand that the viability of Jewish communities is threatened in a different way through enacted or contemplated bans in some countries on ritual slaughter and male circumcision.  While the motivation of most who support these laws is not anti-Semitism, such measures have the effect of making it difficult if not impossible for Jews to practice their faith and can result in their exodus.

Madame Moderator:  The Biden Administration agrees that the world community’s response to the evil of anti-Semitism must be as comprehensive as it is concerted.  We must forge coalitions of conscience – here in the OSCE and within other multilateral organizations and at all levels of government.  We need to build partnerships with civil society organizations and the private sector, to work across diverse communities and among all faiths.  The ancient hatred of anti-Semitism is ever evolving.  It cuts across ideology, political party, group, and nation, so our efforts must be equally wide-ranging and relentless.  Thus, we appreciate the European Council’s recent Declaration mainstreaming the fight against anti-Semitism and its taking an across-the-board approach.

We must educate ourselves and our communities to recognize anti-Semitism in its many forms, so that we can call hate by its proper name and take effective action.  That is why the International Holocaust Remembrance Alliance’s working definition of anti-Semitism, with its real-world examples, is such an invaluable tool.  As prior U.S. Administrations of both political stripes have done, the Biden Administration embraces and champions the working definition.  We applaud the growing number of countries and international bodies that apply it.  We urge all that haven’t done so to do likewise.  And we commend OSCE’s Office for Democratic Institutions and Human Rights (ODIHR) for using it.

It is incumbent on us all to remain vigilant and speak out every time we see the persistent evil of anti-Semitism rear its ugly head.  No society, no country is immune, particularly in an age when hatemongers misuse the Internet and social media to spew their bile with unprecedented speed and reach.  During this past year, outrageous conspiracy theories have proliferated, falsely blaming Jews for creating, deliberately spreading, and profiting from COVID-19.  It is our collective duty to oppose those who traffic in pernicious stereotypes, employing anti-Semitic tropes to promote their warped agendas or for their political gain.  Attempts continue in this region to rehabilitate long-dead anti-Semites and vicious nationalists and hold them up as heroes to new generations.

We must reject every effort to deny, distort, or diminish the indisputable fact of the Holocaust.

How will new generations learn the Holocaust’s lessons for all humanity unless we preserve and pass on to them the historical truth and teach them about the horrors that come from unchecked hatred?

We welcome the IHRA’s Recommendations for Teaching and Learning About the Holocaust, and we applaud Germany, the 2021 IHRA Chair, for initiating a Global Task Force Against Holocaust Distortion.

Last May, the U.S. Congress passed the Never Again Education Act, which directs the United States Holocaust Memorial Museum to promote better understanding of the Holocaust in the United States, providing two million dollars per year for the next five years.

And for the past several years, our Congress has specifically directed $1 million be spent combatting anti-Semitism globally.  We have used these funds to support programs to combat anti-Semitism both offline and online. We have built interfaith networks in Central Europe to advocate for increased tolerance for all minority groups including Jewish communities.  We also support civil society organizations in Europe to counter online hate speech by posting positive messages and memes, fighting intolerance and xenophobia targeting Jewish, Muslim and Christian communities.  These efforts help raise awareness, debunk inflammatory rhetoric, and advance strong and credible counter-narratives.

The OSCE’s tolerance endeavors are informed and enriched by the work of the OSCE Parliamentary Assembly and its Special Representative on Anti-Semitism, Racism and Intolerance, U.S. Senator Ben Cardin.

President Biden is among the many who have made the sobering observation that anti-Semitic hatred “begins with the Jews but it never ends with the Jews.”  The participating States were right to declare in Berlin in 2004 that anti-Semitism and other forms of intolerance “pose a threat to democracy, the values of civilization and, therefore, to overall security in the OSCE region and beyond.”

The co-operation among the Council of Europe’s European Commission against Racism and Intolerance (ECRI), the European Union’s Agency for Fundamental Rights, (FRA) and ODIHR is a force-multiplier.

ODIHR’s path-breaking project, Turning Words Into Action, developed and deployed successful strategies tailored to combat anti-Semitism in communities across this region.  Now, in a Phase Two expansion of the program, ODIHR has widened its efforts to address other forms of intolerance as well.  We look to ODIHR to ensure that in broadening the program’s scope, their vital anti-Semitism work maintains focus and momentum.  We are glad to hear that ODIHR is working on events to further promote its practical guide for Understanding Anti-Semitic Hate Crimes and Addressing the Security Needs of Jewish Communities.

Madame Moderator, Esteemed Experts, President Biden often speaks of the soul of America.  He believes that anti-Semitism, racism, and other kinds of hatred must have no place it. He challenges the American people to live up to our highest ideals at home and to model them abroad.  The Biden Administration is committed to helping build a world in which in which all human lives are valued and all persons are treated with dignity.

My colleagues and I look forward to working with all of you here today, the Chairmanship, its invaluable Personal Representative Rabbi Baker, and with partners of good will throughout the OSCE region, to combat anti-Semitism and all forms of intolerance.

I applaud the Swedish Chair’s leadership, and I thank you, Madame Moderator, for giving me the floor.