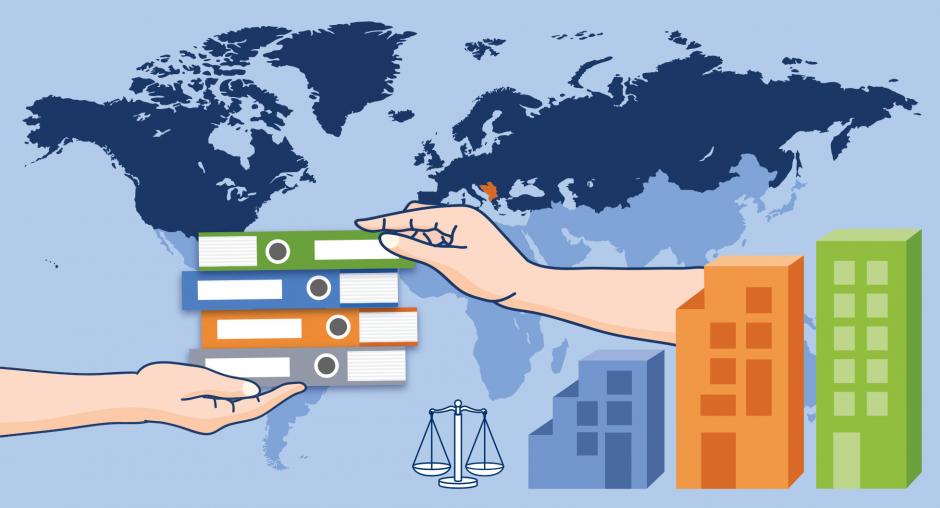 Combating corruption is central to the OSCE’s mandate and the organization’s comprehensive view of security. (© OSCE)

Remarks to Participants of OSCE Briefing on Extrabudgetary Project “Strengthening the Fight against Transnational Organized Crime in South-Eastern Europe through Improved Regional Co-operation in Asset Seizure, Confiscation, Management and Re-use”

As delivered by Chargé d’Affaires Courtney Austrian
to the OSCE Briefing on Extrabudgetary Project, Vienna
November 19, 2021

Thank you, Iris, for your introduction.  And thank you as well to Ambassador Kupchyna and Ambassador Hasani, for their earlier remarks, which underscore the importance of cross-dimensional cooperation when we discuss combating corruption.  I would also like to extend my appreciation to our speakers from the previous panel for their comments; it was encouraging and informative to hear their perspectives.

I would like to particularly commend the joint OCEEA-TNTD project management team—including Iris, Denise, and all of their co-workers responsible for day-to-day administration—for your collective implementation of such a significant extrabudgetary project.  Not only is combating corruption a high OSCE policy priority, but it is also central to the OSCE’s mandate and the organization’s comprehensive view of security.  Projects like this directly assist participating States in upholding their anticorruption commitments.  You have done an excellent job in advancing this effort, and I thank you.  I am happy to be here with you today and would like to take a few minutes to share my views on U.S. anticorruption priorities as well as on the role of this project.

On June 3, President Biden released the National Security Study Memorandum on the Fight Against Corruption formally establishing combating corruption as a core national security interest of the United States.  The Memorandum elaborates the President’s commitment to prioritize anticorruption efforts and bring greater transparency to U.S. and international financial systems.  It also directs our government to formulate a report and recommendations on how the United States and its partners can modernize, coordinate, and resource efforts to better fight corruption; tackle illicit finance; hold corrupt actors accountable; and build international partnerships.  That report is currently in progress and due to be completed by the end of this year.

In addition, the Biden Administration’s Interim National Security Strategy states that “Anti-democratic forces use misinformation, disinformation, and weaponized corruption to exploit perceived weaknesses and sow division within and among free nations, erode existing international rules, and promote alternative models of authoritarian governance.  Reversing these trends is essential to our national security.”  And finally, corruption is one of three pillars of the upcoming December 9-10 Summit for Democracy, one of the Administration’s signature first-year foreign policy initiatives.

We are all aware of the scope and impact of the challenge which this project seeks to mitigate in the OSCE region.  Corruption has a substantial negative effect on economies around the world, particularly developing economies.  And the scale is staggering.  According to a 2018 UN study, an estimated $2.6 trillion is stolen annually through corruption.  This is an amount equivalent to more than 5 percent of the global GDP.  In developing countries, funds lost to corruption are estimated at 10 times the amount of official development assistance.

Corruption also erodes trust and confidence of citizens in their public institutions and denies equal access to public services.  That is why so many popular protests around the world are driven by corruption-related grievances, as there is a sense that leaders and elites are enriching themselves to the detriment of average people.

Unfortunately, we also see a growing number of instances of “strategic corruption” as a tool of foreign policy by some states, and the covert funneling of money to interfere in democratic institutions and processes.  At the same time, corrupt actors in these countries and others want to take advantage of our financial system to hide their ill-gotten gains.  Due to the United States’ unique role in the international financial system, we will take action to ensure that the proceeds of corruption do not wind up in untraceable accounts obscured by shell companies, or in real estate in places like New York, Miami, or other major international cities.  However, given the global scale and mechanisms of corruption, this is not a fight for the United States alone.  We therefore look forward to working with our partners and allies to combat corruption and its links to transnational organized crime, including through multilateral venues such as the OSCE.

In particular, we value the partnerships with other participating States and the OSCE Executive Structures that are involved in implementing projects such as this one.  We view this specific project as an invaluable tool that supports our collective anticorruption capacities, prevents and mitigates the impacts of corruption and related crime, and enhances regional cooperation among participating States in Southeastern Europe to implement our collective anticorruption commitments.

More specifically, we believe this project is significant because the asset recovery methods it promotes is one of the most powerful tools in combating corruption and transnational organized crime and giving back to societies what was stolen from them.  Successful asset recovery efforts deprive criminals and corrupt officials from holding onto illegal profits and remove a strong motivation from engaging in both crime and corruption.  Moreover, the return of the criminal proceeds of crime guarantees that victims, and the communities from which assets were taken, do not suffer long-term effects while the recovery and re-use of assets can also be used to strengthen law enforcement capacities and assist the victims of crime.

The national and regional aspects of the project are a crucial element of its value to us.  We applaud the focus on relevant national authorities working on the entire cycle of asset recovery including law enforcement, the judiciary, and asset management agencies across the region, as well as the focus on civil society involvement in asset recovery and the social re-use of confiscated assets.  Finally, we strongly support the development and reinforcement of regional platforms for information sharing and cooperation such as the Permanent Conference of Organized Crime Prosecutors and the Balkan Asset Management Interagency Network.  We know from experience that such regional platforms and supporting beneficiary engagement in global networks of cooperation increase the chances of success in asset recovery cases.

We also note that the project advances the effective implementation of other international commitments and standards beyond OSCE Ministerial Council decisions, including Chapter V (on Asset Recovery) of the United Nations Convention Against Corruption, Financial Action Task Force recommendations, and the United Nations Convention Against Transnational Organized Crime.  Such complementarity is necessary to the ability of the OSCE to apply its mandate within the broader international structure of anticorruption efforts while still adding value to the process and avoiding duplication of efforts.  It is model we hope the organization can emulate in other areas.

Effectively combating corruption necessarily requires a multidisciplinary and comprehensive approach, which we believe this project is successfully employing.  In the past six months, we have seen a wide range of project activities take place—each of which address a distinct element of the larger solution.  Here, for example, we note Open Source Intelligence training for criminal justice practitioners; internationally accredited courses for Anti-Money Laundering Specialists and Certified Fraud Examiners; training for asset management companies; workshops in building civil society capacity; and supporting civil society and businesses in the social re-use of confiscated assets.

In closing, this project exemplifies the power of the OSCE in convening interested stakeholders to address a common challenge in keeping with the organization’s core mandates.  It is strategic in that it fills a clear need.  It is effective in that it uses some of OSCE’s best tools such as targeted trainings for law enforcement and the judiciary and supports platforms for cooperation.  It is also inclusive in that it enhances governments’ collaboration with civil society organizations and is cross-dimensional in nature.

We are pleased to be the largest contributor to this effort, and congratulations on the work your team has done so far.  We look forward to hearing further updates, and you have our full support.