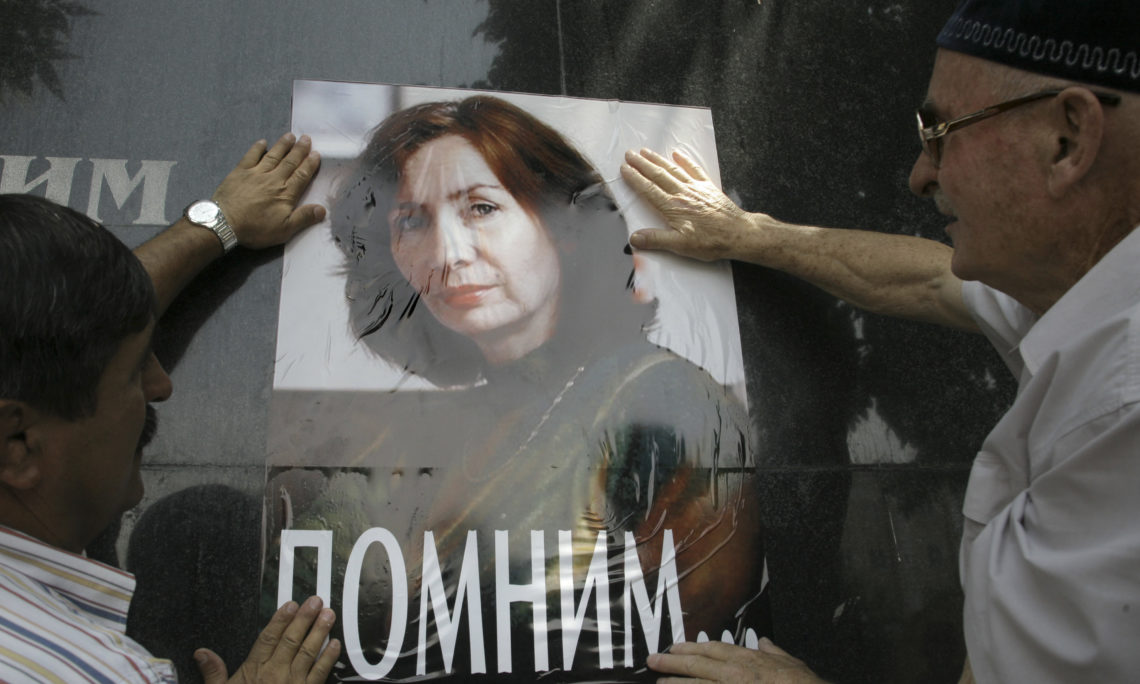 People fix up a poster with a photo of Natalya Estemirova. (AP Photo/Musa Sadulayev)

On the 10th Anniversary of the Murder of Natalia Estemirova and Paul Klebnikov, Human Rights Defenders and Journalists in the Russian Federation

The United States wishes to commemorate human rights defender and journalist Natalya Estemirova and Forbes Russia editor Paul Klebnikov, who were killed for their work to expose corruption and human rights abuses in Russia. Ten years ago this week, Ms. Estemirova, who worked for the human rights NGO Memorial, was forced into a car in Chechnya and found shot dead on a roadside hours later. Almost exactly five years earlier, on July 9, 2004, Mr. Klebnikov, an American citizen, was shot and killed outside his Moscow office, likely for his reporting on official corruption. It is profoundly disappointing that neither the perpetrators, nor those who might have ordered either killing, have been brought to justice.

In the years since their murders, Natalya Estemirova’s and Paul Klebnikov’s dedication to truth-telling has served as an example of the courage of all journalists and human rights defenders working in an environment where independent voices are increasingly under assault. Yet their memories remind us that too many have died for simply shedding light on dark truths.

The United States honors the memories of Ms. Estemirova and Mr. Klebnikov by calling on the government of Russia to honor its Helsinki Final Act commitments to ensure freedom of expression, including for the press, and, in keeping with the Milan Decision on Safety of Journalists, “to take effective measures to end impunity for crimes committed against journalists, by ensuring accountability as a key element in preventing future attacks.” We urge Russia to bring an end to the culture of impunity for violence against journalists and members of civil society, as well as for human rights violations still taking place in the Republic of Chechnya.