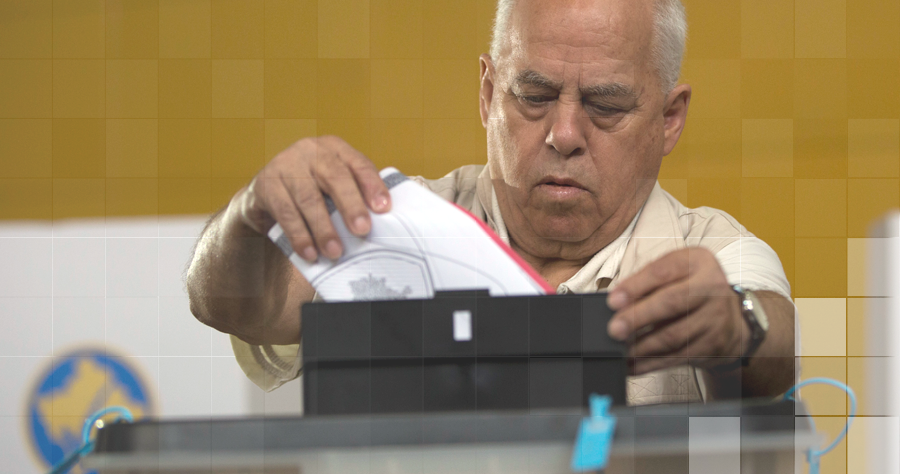 Report by the Head of the OSCE Mission in Kosovo, Ambassador Jan Braathu

The United States warmly welcomes Ambassador Braathu to the Permanent Council for his second report as Head of the OSCE Mission in Kosovo. Thank you, Ambassador, for your efforts, and those on behalf of your team, and congratulations on the recent success that you and the Mission have had. We look forward to continuing our close partnership with you to develop Kosovo as a peaceful, stable, democratic, and multiethnic country at peace with its neighbors.

Over the past year, Kosovo has made notable progress. The country conducted elections in an orderly manner without major irregularities or incidents, worked to calm a rise in inter-ethnic tensions, and worked closely with the international community to combat violent extremism. But much work remains to be done. Two months after the elections, and with municipal elections approaching, Kosovo has yet to form a government, as you correctly noted. The United States urges Kosovo’s leadership to form a functioning government to address the country’s many challenges as soon as possible.

The United States notes with concern a number of unnecessary provocations this year, including the construction of a wall-like structure near the Mitrovica bridge and a train traveling from Serbia to Kosovo emblazoned with nationalist imagery. We encourage both Serbia and Kosovo to focus on the work needed to advance the EU-led Dialogue.

In this vein, the United States welcomes a new round of high-level talks between the presidents of Kosovo and Serbia. Dialogue agreements have resulted in successful integration of former Serbian security staff into Kosovo security force structures, and sparked progress on telecommunications. However, implementation of the Dialogue agreements on normalization has been proceeding far too slowly for the citizens of Kosovo and Serbia to see results. Thus, we believe it is critical to reinvigorate the Dialogue, especially to fully implement the commitments the parties have already made to form the Association of Serb-majority Municipalities, integrate the judiciary in the north, ensure freedom of movement, access to citizenship and identification documents, and energy. The United States applauds initiatives on both sides to chart a path towards comprehensive normalization of relations, particularly through increased dialogue, and yet we are concerned that recent musings on the possibility of changing borders would hurt the normalization progress and threaten regional stability.

Corruption remains endemic and threatens progress on initiatives of benefit to Kosovo’s citizens, including visa liberalization. The United States is confident that the new Millennium Challenge Corporation Threshold Program and other development assistance will help fight corruption and boost economic development. But Pristina must do more on its part by strengthening an independent judiciary, improving the rule of law, and concluding the Border Demarcation Agreement with Montenegro.

In June, the OSCE Mission in Kosovo supported parliamentary elections and played a particularly helpful advisory role in the ethnic Serb-majority north. Due in large part to the OSCE’s presence, the atmosphere on Election Day and during ballot counting was calm, and no major incidents were reported. In April, the Mission’s assistance in managing the Serbian presidential election ballot collection for the ethnic Serbian minority in Kosovo was also key to maintaining the credibility of the elections, and we echo the OSCE Mission in Kosovo’s strong condemnation of attacks and intimidation targeting journalists before and during the campaign, including against former journalist Arbana Xhara, and the more recent August attack against journalist Parim Olluri. We also welcome the Mission’s initiatives to improve the capacity of Kosovo’s police, which we believe will help strengthen the rule of law. Finally, we applaud the Mission’s work to support human and community rights in Kosovo, including support to non-majority communities.

Mr. Chair, the United States will continue to support a democratic, multiethnic, inclusive Kosovo that is fully integrated into the international community and an integral part of a Europe whole, free, and at peace. We look forward to the day when Kosovo will be present in the Permanent Council as an OSCE participating State. We must continue to look for ways to expand dialogue and cooperation, including by ensuring the presence of Kosovo officials in these chambers to hear directly from the OSCE Mission in Kosovo and participating States about the issues affecting their country.

Thank you again, Ambassador Braathu, for all the tremendous work that you and your team have been doing to advance our shared goals. You have our full support.