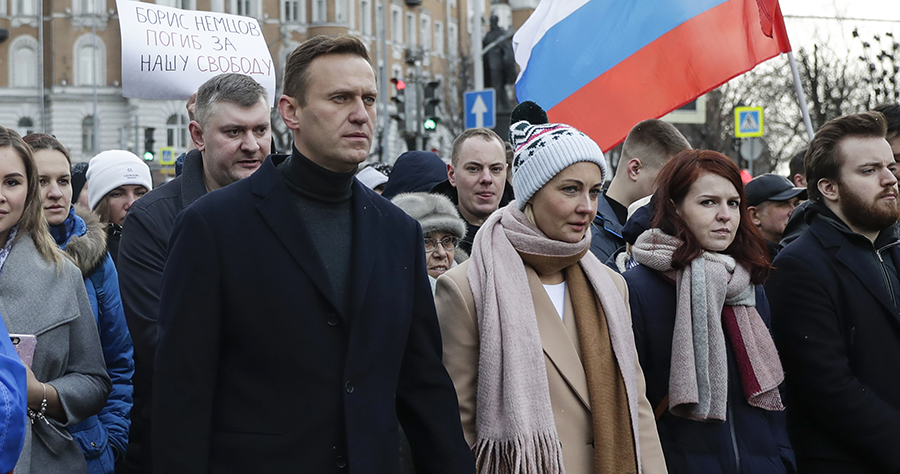 Reports on the Poisoning of Russian Opposition Leader Aleksey Navalny

Yesterday, the German government concluded Russian citizen and opposition leader Aleksey Navalny was poisoned in his home country with a chemical nerve agent from the “Novichok” group.  We urge Russia to cooperate fully with the international community’s investigation into the poisoning.  Those responsible – both those who committed this crime and those who ordered it – must be held accountable.  We hope for Mr. Navalny’s full recovery, and our thoughts are with his family.

I am frankly stunned by the comments of the representative of the Russian Federation here today – to suggest that somehow some grave conspiracy from Western intelligence agencies may have made Mr. Navalny sick in Omsk.  That is a very strange and troubling statement.

Mr. Navalny’s poisoning is completely reprehensible.  Russia has used “Novichok” chemical nerve agents in targeted attacks in the past:  this is the same group of banned chemical weapons agents that Russia used to poison Sergey and Yulia Skripal.  This act endangered many lives in Salisbury and Amesbury in the United Kingdom, and caused the hospitalization of the Skripals, a British police officer, and two civilians, one of whom subsequently died.

The Russian people have a right to express their views peacefully without fear of retribution of any kind, and certainly not with chemicals.  Mr. Navalny’s family and the Russian people deserve a full and transparent investigation, and for those involved to be held accountable.

My Russian colleague rhetorically asked “who is to gain?” and the answer is anyone who doesn’t want to see the rise of freedom and civil society and wants the end of independent political activity in Russia gains from this act of domestic terrorism against citizens of Russia who have the courage, even after prior attacks, to engage in Russian civic society.

Such incidents of violence against government critics have the chilling effect of silencing independent voices, which is the intention of an attack like this.  They illustrate Russia’s contempt for human life, international law, and its international commitments, including those under the OSCE, regarding human rights and fundamental freedoms, respect for which is essential to the security of this region and to global security.  There is a way forward for the Russian Federation.  That way forward is a completely transparent international investigation to bring to justice anyone who participated in this heinous attack.  This is the way forward.