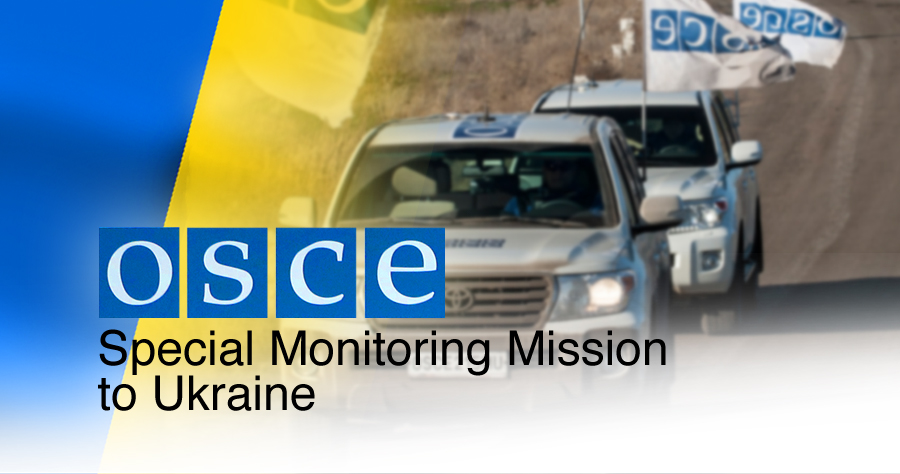 As delivered by Chargé d’Affaires, a.i. Kate M. Byrnes
to the Permanent Council, Vienna
May 11, 2017

Welcome back, Ambassadors Sajdik and Apakan, to the Permanent Council. You have returned at a difficult time for the OSCE Special Monitoring Mission to Ukraine (SMM). The tragic death of mission member Joseph Stone on April 23 should have signaled an end to the violence, intimidation, and harassment of the dedicated women and men of the SMM. As the Permanent Council reaffirmed after that tragic incident, the SMM should have safe and secure access throughout Ukraine. However, in recent days, an incoming shell nearly struck an SMM patrol, warning shots were fired near monitors, and SMM patrol members were held at gunpoint at separatist checkpoints. We are gravely concerned by the May 5 incident in which Russian-led separatist forces held SMM personnel at gunpoint and sexually harassed a female monitor.

The disinformation campaign directed by Russia’s proxies further heightens the danger to monitors. On May 3, Igor Plotnitsky, de facto leader of the so-called “Luhansk People’s Republic,” blamed the SMM for the destruction of 300 houses along the contact line. Plotnitsky’s gross misrepresentation of the situation is the product of a deliberate strategy to undermine this OSCE mission, which has contributed to a climate of impunity that puts SMM personnel at risk.

The violence must stop, and those responsible must be held to account. We call upon Russia to direct the forces under its control to end such treatment of OSCE personnel. And as we continue to mourn the death of Joseph Stone, we echo our call for an impartial and thorough investigation into the cause of his death.

Despite a deliberate pattern of behavior by Russian-led separatist forces aimed at weakening the SMM and preventing the international community from observing separatist activities, over the last three months the SMM has documented a 750 percent increase in proscribed heavy weapons on territory the separatists control. Last week, the SMM observed 44 weapons in violation of withdrawal lines, 42 of which were in areas not controlled by the government of Ukraine. In Luhansk city, the SMM continues to observe the presence of about 30 weapons, including tanks, howitzers, and multiple launch rocket systems. Moreover, Russian-led separatist forces have used proscribed weapons more than five times as often as Ukrainian forces, according to SMM data. The real numbers are certainly much higher, given the over 250 access restrictions imposed on the SMM by Russian-led separatist forces since January.

Ambassador Sajdik, we support your efforts to facilitate progress on Minsk implementation. We stress once again that only a visible, verifiable, and irreversible improvement in the security situation will allow progress on the Minsk agreements, starting with a real and sustainable ceasefire, disengagement of forces, and the withdrawal of heavy weapons.

We remain deeply troubled by the serious reports of systemic abuses that continue to emerge from separatist-held territory. On May 3, a so-called tribunal set up by Russian-led separatists in Donetsk sentenced Ihor Kozlovsky to 32 months in prison on reportedly baseless charges of illegal weapons possession. Mr. Kozlovsky has already spent 15 months in detention, including a month incommunicado. We call on Russia to use its influence and control over separatist authorities to immediately free Mr. Kozlovsky.

No less disturbing are the actions of Russian occupation authorities in Crimea, where security forces have reportedly launched another wave of raids and searches of the homes of Crimean Tatars. On May 8, as members of the security forces searched the home of Ilver Ametov, head of the Sudak Regional Mejlis, they reportedly brutally beat and carried off his son, whose location remains unknown. Another Tatar, Yusuf Toroz, also arrested on May 8, has apparently been transported out of Crimea into Russia. We call on Russia to end its campaign of violence and harassment of Crimean Tatars and others who oppose Russia’s attempted annexation of Crimea.

Russia’s aggression against Ukraine has shaken the very foundations of security and stability in Europe, and is antithetical to a vision of Europe that is whole, free, and at peace. The United States affirms its staunch support for Ukraine’s sovereignty, independence, and territorial integrity within its internationally-recognized borders. We do not, and will not, accept Russia’s efforts to change the borders of Ukraine. We join our European partners in affirming that our sanctions on Russia will remain until it fully implements the Minsk agreements, and Crimea-related sanctions will remain until Russia returns control of the peninsula to Ukraine.