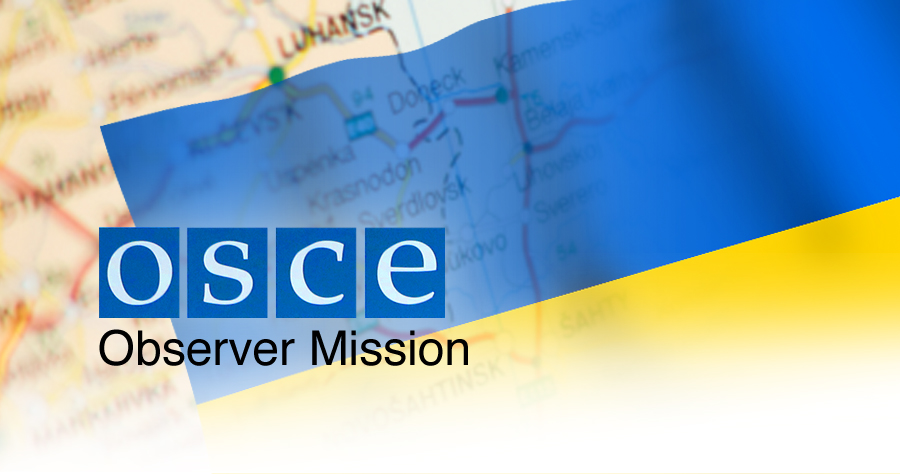 Mr. Schaller, the United States warmly welcomes your return to the Permanent Council and thanks you for your valuable report. We greatly appreciate your continued strong leadership of the OSCE Observer Mission at the Gukovo and Donetsk checkpoints on the Russian-Ukrainian border. Only at these two checkpoints is there regular coverage of the border with Russia and the parts of Ukraine under the control of Russia-backed separatists. We applaud the excellent work of your team, which operates under difficult and needlessly restrictive conditions.

Every participating State but Russia has called for expanding the geographic scope of the Observer Mission beyond the few hundred meters of the border to which Russia currently restricts it. Because of Russian intransigence, your team remains limited to conducting operations at just two of the eleven checkpoints along the border between Russia and the territory under the “control” of the so-called “separatists” Russia backs in Ukraine. As your report makes clear, Russia’s “current restrictions impede the monitoring work of the Mission,” even at the Gukovo and Donetsk checkpoints. Your report also states that “wider freedom of movement within the border crossing points would improve the position of the observers to clearly observe the cross border movements, especially registering people in military-style outfits in vehicles.”

What is Russia hiding? Fortunately, thanks to the work Mr. Schaller and his Mission members — and despite Russian interference — the international community learned that the number of personnel in military-style uniforms crossing border increased during successive assaults by Russian-led “separatist” forces on government forces near Avdiyivka in January and February. The Observer Mission also reported on numerous funerary vehicles bearing “Cargo-200,” a term for Russian military casualties, crossing the border into Russia, as well as a van filled with men in military-style uniforms. As we have noted before, if these crossings are occurring where OSCE observers are present, more troops and equipment must be crossing where no observers are present. The only way to know for sure is to expand the Border Observation Mission’s mandate.

The United States renews its condemnation of Russia’s practice of sending so-called “humanitarian convoys,” the real contents of which are concealed from Ukraine and the rest of the international community.

OSCE observers at Gukovo and Donetsk are critical to supporting the work of the Special Monitoring Mission to Ukraine (SMM), which is also restricted while patrolling in so-called “separatist”-held territory within Ukraine. The Mission of the Special Monitors continues to be compromised by Russia’s, and the so-called “separatists” it backs, refusal to provide security guarantees for the SMM’s planned additional forward patrol bases and patrol hubs. The United States once again calls on Russia to fulfill its commitment under the Minsk Protocol to allow permanent monitoring of the border and to ensure the Observer Mission can fulfil its mandate to monitor along the entire Russian border with Ukraine, including areas under so-called “separatist” control.

Mr. Schaller’s report also notes Russia’s recognition of so-called “LPR” passports. The existence of these illegitimate passports, and Russia’s decision to grant their bearers travel rights and work privileges, is part of a campaign to distance the Donbas from the rest of Ukraine and undermine Minsk implementation. We call upon the Russian Federation to reverse its decision to accept these so-called separatist “passports” as valid travel documents.

Mr. Schaller, let me again express our gratitude for your leadership of one of the most challenging OSCE field missions. Your work is crucial to establishing the international community’s understanding of the Russia’s aggression in Ukraine.