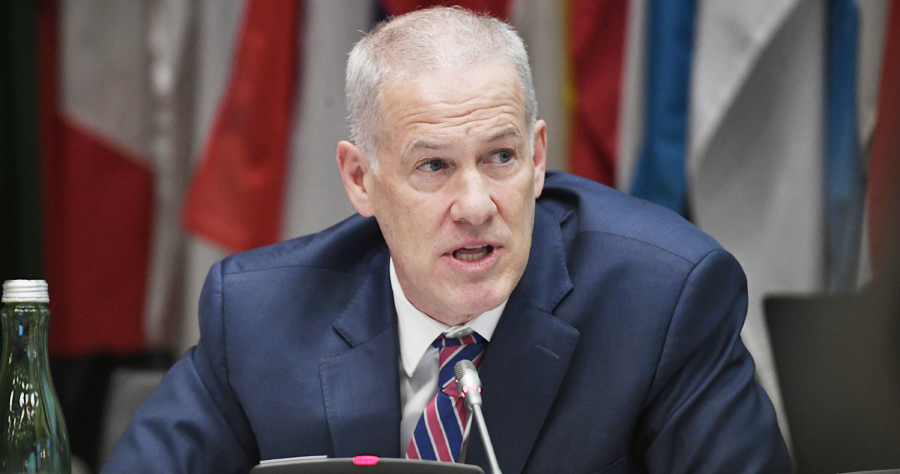 Response to the Report by the Head of the OSCE Mission to Moldova, Ambassador Michael Scanlan

The United States warmly welcomes you, Ambassador Scanlan, to the Permanent Council. Thank you for your substantive report on the work of the OSCE Mission to Moldova in support of achieving progress in the 5+2 settlement process, as well as Moldova’s reform agenda.

The United States is a strong supporter of the output-based 5+2 process, and joined consensus on a Ministerial Council declaration in Hamburg last year endorsing this approach. We welcome the recent agreement by the sides on November 3 to reopen the Gura Bicului-Bychok bridge across the Nistru river and congratulate both sides on this achievement. This bridge will facilitate greater trade, thereby improving the lives of ordinary people, and symbolically help stitch the country together. The November 3 agreement also shows that substantive progress can be made when there is political will to do so. Both sides should capitalize on this political will and translate public commitments to the settlement process into additional concrete actions that could generate tangible results, before the end of this year.

In this light, we call on the sides to build on this momentum and make progress on other confidence-building measures in the “Package of Eight,” before the next 5+2 meeting in Vienna on November 27. Resolving key issues such as apostilization of university diplomas, re-registration of vehicles, and the reestablishment of telecommunications, will affirm the end state of the settlement process endorsed in the 2016 Hamburg OSCE Ministerial Statement: i.e., “The territorial integrity and sovereignty of the Republic of Moldova, with a special status for Transnistria within Moldova.” Measures relating to the return of Dubasari farmlands, the return of a Latin script school building, and freedom of movement, are the remaining deliverables identified by the sides that can be easily agreed upon. These would have a positive impact on the settlement process. We also encourage Moldova to fulfill its promise to develop and share a concept document on a special status, which it committed to do at the 2016 Ministerial Council in Hamburg.

It is critical that the parties address the political and security issues of the settlement agenda. The United States would like to see the sides make progress in the political-military dimension, particularly with respect to the completion of withdrawal and destruction of ammunition and armaments from the Transnistrian region, as well as the withdrawal of Russian forces consistent with full implementation of the 1999 Istanbul Summit commitments. We encourage the OSCE Mission to redouble its efforts to facilitate the removal and destruction of military equipment, including by facilitating talks between Moldova and Russia on the Cobasna weapons depot. We call on Russian forces to refrain from military exercises in the security zone without the explicit consent of the Joint Control Commission.

Within the Security Zone, we welcome full access being afforded to Mission patrols. But freedom of movement through the security zone needs to be available to all the local inhabitants. Thus, it is critical to ensure that the removal of any barriers that imply a border, and all movements by troops in and out of the security zone, are only carried out by consensus of the Joint Control Commission. On the broader issue of the OSCE Mission’s access throughout Transnistria, we look forward to the Mission having its unfettered access restored this year. This would be a major, long-overdue achievement.

We welcome Moldova’s efforts to promote a multiethnic society with a truly inclusive national identity. The Mission’s efforts to help Moldova realize this aspiration are laudable, and indirectly support the settlement process. We encourage Moldova’s parliament to affirm the status of Gagauzia as an autonomous territorial unit within Moldova by updating national legislation in conformity with the 1994 law on the region’s special status. The United States commends the Government of Moldova’s adoption of its first three-year action plan on the integration of members of national minorities. We encourage Moldova to continue drawing on assistance from the OSCE Mission to Moldova and the High Commissioner on National Minorities in support of this effort. We also commend the Government of Moldova for beginning implementation of its first action plan on Holocaust remembrance. Moldova’s dialogue with the International Holocaust Remembrance Alliance and its decision to authorize restoration of a historical synagogue in Chisinau, are important steps.

In closing, the United States remains committed to working with the 5+2 partners to find a comprehensive settlement that respects the sovereignty and territorial integrity of Moldova and affords a special status for the Transnistrian region. In this regard, we support the OSCE Mission’s ongoing work to facilitate direct and substantive dialogue between the sides, as well as confidence-building measures that address concerns in all three OSCE dimensions. We also again stress the importance of providing the OSCE Mission with full access to all of Moldova in order to facilitate its work.

Ambassador Scanlan, allow me to thank you and your capable staff, and to reiterate the United States’ support for the Mission’s excellent efforts. The Mission’s unbiased reporting on the political and security situation, including that in the Transnistrian region, is essential. We remain committed to working with Moldova as it strives to make progress on reforms that ensure respect for the rule of law, and human rights and fundamental freedoms for all – indeed, for the full range of its OSCE and international commitments – which are essential for the country’s political transition and European integration.