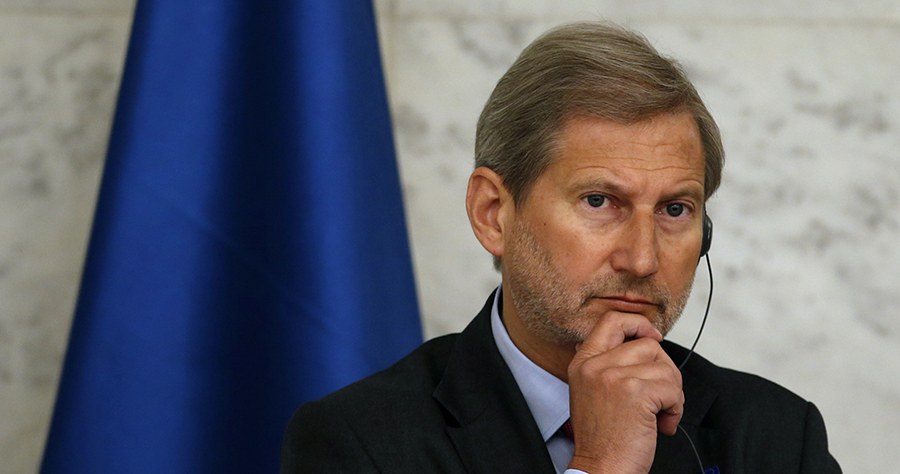 The work of the European Union and of the OSCE to promote a rules-based international order based on shared values and commitments is complementary. The OSCE’s field missions and thematic structures play an important role in helping participating States uphold their commitments. These efforts are vital for security and stability in our region. For a number of participating States, this work is also critical for helping them progress towards their EU aspirations.

Commissioner Hahn, as we have witnessed in Europe during the last seven decades, profound achievements are possible when countries with shared values work together toward a common goal. The United States and the EU helped transform adversaries into allies, and dictatorships into democracies. Working together, we built institutions which ensured our collective security and economic strength.

Regrettably, security within the OSCE region today is being undermined by Russia across numerous fronts: Russia’s disregard for international law, norms, and standards; its invasion of Georgia, aggression in eastern Ukraine, and purported annexation of Crimea, sovereign Ukrainian territory; and its violations of numerous arms control commitments and agreements.

Indeed, throughout Europe, there can be no doubt about the nature of Russia’s aggression. Russia initiated and continues to fuel the conflict in eastern Ukraine. Russia, by arming, training, leading, and fighting alongside anti-government forces is endangering peace and stability. Russia must improve security and implement its commitments under the Minsk agreements, which include ensuring its proxies abide by the ceasefire and reduce tensions along the line of contact. Mr. Chair, this is a test of Russia’s will and reliability as a negotiating partner.

Ukraine has embarked on an ambitious reform program to prepare for deeper integration with European and Euro-Atlantic institutions. Ukraine has made significant progress in implementing wide-ranging political, economic, and social reforms, most notably by taking steps to stabilize the macroeconomic environment, as well as anti-corruption measures to enhance public sector accountability. The United States is committed to helping Ukraine realize these goals. While it’s no secret that Ukraine and its people face many more challenges before their goals are reached, this only underscores the importance of EU support.

The European Union’s assistance to Armenia, Azerbaijan, Georgia, and Moldova is helping each of these countries to enhance democracy and make progress in conflict settlement processes. The United States feels strongly that each country has the right to freely choose its own security arrangement. The Eastern Partnership’s efforts to promote human rights observance and strengthen economies, governance, connectivity, and people-to-people contacts not only help develop strong societies, they also help make progress in conflict resolution, in concert with existing negotiation formats. The United States welcomes the entry-into-force of Association Agreements and Deep and Comprehensive Free Trade Areas with Moldova and Georgia. We also welcome the EU’s signing of the Comprehensive and Enhanced Partnership Agreement with Armenia as well as progress in the development of an agreement with Azerbaijan. We highly value the work of the OSCE’s field operations, and lament the shuttering of the OSCE offices in Baku and Yerevan.

Mr. Chair, nearly twenty-five years ago, the United States and the European Union pledged to help the war ravaged countries of the former Yugoslavia recover and build robust democracies with market economies. Today, two countries of this region are EU member states, while the others aspire to become members. While much has been achieved, the challenges in this region are growing, and we cannot be complacent. The OSCE field missions, institutions, and executive structures play an important role in helping to accelerate governance reform efforts that will strengthen the countries of the Western Balkans. The United States and the European Union should continue to work collaboratively to assist countries in the region to hold free and fair elections and to achieve economic and political reforms necessary to integrate with European and Euro-Atlantic institutions.

Thank you again for being here, Commissioner Hahn. The United States is ready to continue our partnership with the European Union, and to foster synergies between the European Union and the OSCE, to promote democracy, prosperity, and security in Europe.