Home Home | News & Events | Response on the Elections in Uzbekistan 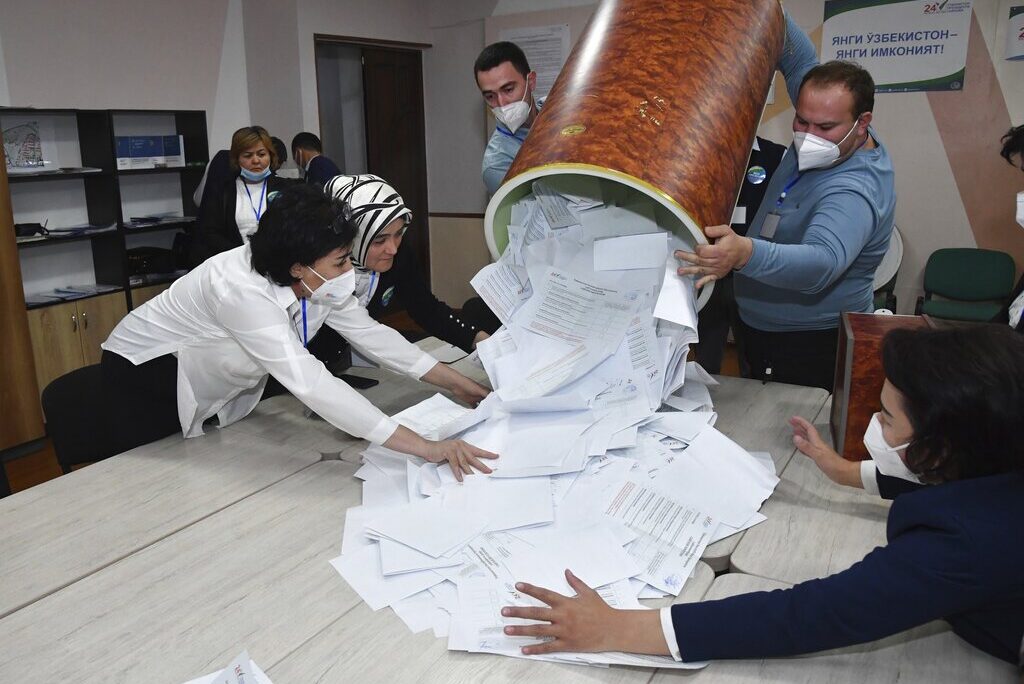 Members of an election commission remove ballots from a box to count them at a polling station after the presidential election in Tashkent, Uzbekistan, Sunday, Oct. 24, 2021. (AP Photo)

Response on the Elections in Uzbekistan

I would also like to thank the Ambassador for raising this issue today.  The United States supports the people in Uzbekistan in exercising their right to vote in the October 24 presidential election.  We concur with the OSCE/ODIHR monitoring missions’ observation that the vote was peaceful and characterized by high voter turnout. Additionally, we agree with the joint observation mission from the OSCE Office for Democratic Institutions and Human Rights, the OSCE Parliamentary Assembly, and the European Parliament that, despite recent reforms, the overall lack of genuine pluralism and the existence of procedural irregularities meant that the election was not truly competitive.

We welcome the positive developments highlighted by the election observation mission, including the increased professionalism of the Central Election Commission.  For the first time, despite the challenges of COVID-19, the CEC held open sessions and published its decisions in a timely manner, thus contributing to a more transparent electoral process.  In addition, the observation mission recognized improvements with the election dispute resolution mechanism.  However, we share the observation mission’s concerns that the elections took place in an overly restrictive political environment and that important election safeguards were disregarded.

The United States recognizes the government’s continued focus on regional stability and looks forward to improvements in other areas, including human rights, to accelerate its progress towards broad economic, political, and social reforms.  We are committed to continued engagement with the Government of Uzbekistan on these and many other issues of bilateral and regional importance.