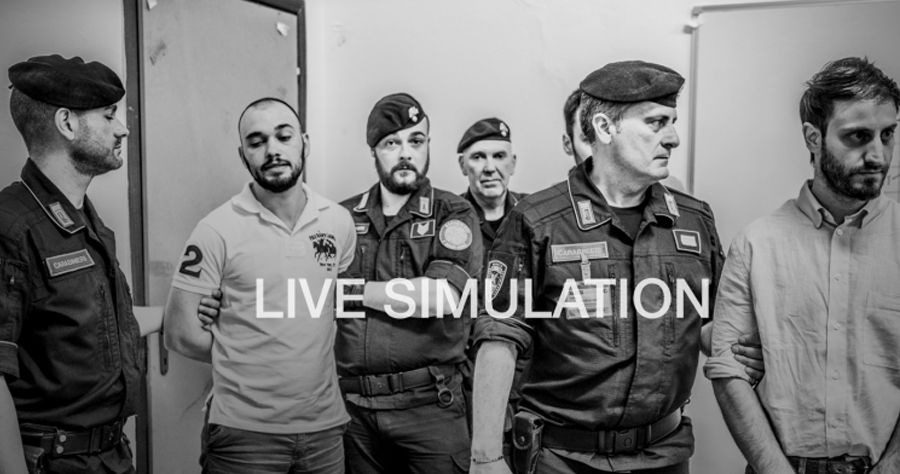 Still from live simulation of arrests of human traffickers

Madam Ambassador, welcome to the Permanent Council and thank you very much for your report.

Mr. Chair, the United States strongly supports the work of the office of the OSCE Special Representative as well as the work of all OSCE executive structures to combat human trafficking.  The United States is encouraged that at the Vienna Ministerial last week, Ministers adopted two decisions related to this issue.

We appreciate the OSCE’s work to strengthen efforts to identify especially vulnerable people – including children – in mixed migration flows.  Migrants are frequently at risk of human trafficking at various points along their journey.  In this regard, we too welcome the simulation exercises held in Vicenza, Italy to train stakeholders on best practices for victim identification and protection, investigation, and prosecution of human trafficking.

The United States strongly supports ongoing OSCE work to address human trafficking in global supply chains. This work complements the work of other international organizations and encourages governments and businesses to do their utmost to implement ethical sourcing practices.  Through their own procurement practices, governments can lead by implementing measures to prevent human trafficking and related activities in their own supply chains of goods and services.  The United States is pleased that one of the decisions adopted last week addresses this core issue.  The United States is also proud that the OSCE is one of the first multilateral organizations to make such commitments and, as such, we heard from the Secretary General yesterday on the ongoing efforts to prevent human trafficking in its own supply chains of goods and services.  Thank you very much for that yesterday, Mr. Secretary General.  We welcome the introduction by the Office of the Special Representative of “Flexible Model Guidelines for governments in preventing trafficking in human beings in supply chains.”  In our view, this will be a valuable tool for all participating States.

Ambassador, we also welcomed the focus in your report on combating child trafficking and we welcome last week’s ministerial decision on combating all forms of child trafficking.  We look forward to an increased focus on these issues next year, and we commend Italy for including human trafficking on its list of priorities for its upcoming chairmanship.

Mr. Chair, the United States agrees with the ambassador that civil society plays an important role in combating human trafficking and assisting its victims.  We welcome increased interaction between civil society and governments in this regard.

Finally, we welcome the cooperation described in the ambassador’s report between her office and the OSCE executive structures.  The United States looks forward to even stronger cooperation and coordination in the future.  It’s incumbent upon us all to ensure that all OSCE executive structures and independent structures work together in a complementary manner to make the most effective use of our resources.