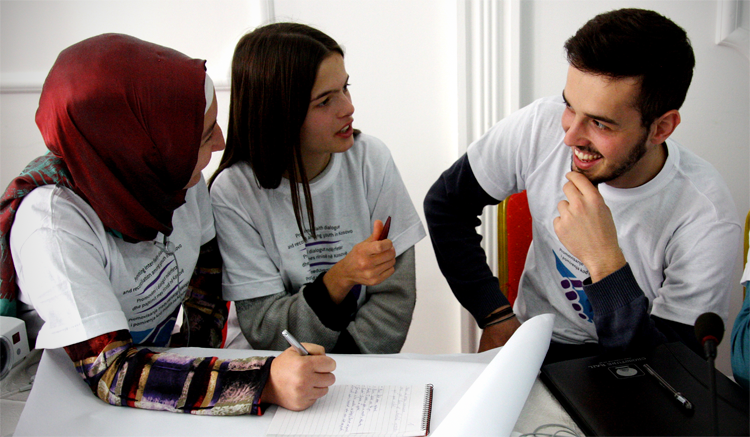 The United States welcomes Ambassador Schlumberger back to the Permanent Council for his final report as Head of the OSCE Mission in Kosovo (OMiK). Ambassador, we applaud your dedication to the Mission and commitment to the people of Kosovo, and the tremendous contributions made by you and your team in supporting Kosovo’s development as a peaceful, stable, and multi-ethnic country that offers equal opportunity and protection to all its people.

Over the past year, Kosovo has made progress on a number of fronts. A constitutional amendment was approved to establish a Special Court focused on prosecution of war crimes, and its Chief Prosecutor has been named. On June 17, the mandate of the EU Rule of Law Mission (EULEX) was extended for another year, enabling continued support for Kosovo’s judiciary, including their work on high-profile corruption and war crimes cases. Kosovo qualified for a compact with the Millennium Challenge Corporation, which could significantly develop the economy, create jobs, reduce poverty, and strengthen anti-corruption efforts. Kosovo and Serbia have also made progress in the EU-facilitated Brussels Dialogue, though more needs to be done to fully implement the agreements reached between Prime Ministers Mustafa and Vucic in August 2015. The United States commends the government of Kosovo for its ongoing commitment to implement these and other reforms, which demonstrates true leadership and political courage.

Ambassador, your report noted a welcome respite in political violence from the end of March through most of the summer. Unfortunately, we have seen a troubling outbreak of renewed political violence in Kosovo starting in August, though fortunately with no casualties to date. On August 4, a rocket-propelled grenade round was fired into the side of the Kosovo Assembly building. On August 8, an unexploded hand grenade was placed on the balcony of a senior civil servant who had led the state commission to demarcate Kosovo’s border with Montenegro – seemingly as an act of intimidation. On August 9 and 10, tear gas attacks resumed inside the Assembly building as a border demarcation agreement was under discussion. On August 22, an unexploded hand grenade was placed on the premises of the RTK television network, and on August 28 a grenade was detonated at the home of the RTK general director. Taken together, these incidents represent an alarming trend toward increased use of violence and intimidation to affect the political process. Separately, on August 29, protests against Kosovo-Serb pilgrims seeking to worship in the town of Mushtishte / Musutiste became violent when demonstrators threw rocks and bottles. The United States regrets these unfortunate negative trends and calls on all people in Kosovo to end the violence.

Political dialogue within Kosovo’s institutions must remain peaceful, and political differences should be resolved through dialogue and debate between leaders of the government and opposition parties. Genuine debate is what spurs new ideas and helps leaders find common ground. As such, we are pleased that some opposition parties ended their parliamentary boycott in June, and we encourage all parties to continue participating in the political process. Although the United States was disappointed that a decision on the Border Demarcation Agreement with Montenegro was withdrawn from the September 1 Assembly session, we were encouraged by the fact that protests remained peaceful. We hope that the government works to reintroduce the Border Demarcation Agreement and the Assembly passes it in the near future.

Although Kosovo has made considerable progress, the government should continue to address important challenges that remain. These include revitalizing the EU-facilitated Brussels Dialogue with Serbia by fully implementing the August 2015 agreement on Freedom of Movement, Telecoms, Energy, and establishment of the Association of Serb Municipalities. We would like to particularly thank the OSCE Mission in Kosovo for its role in supporting the parties to fully implement Dialogue agreements.

Kosovo must also maintain focus on the fight against corruption, promote closer collaboration between the government and civil society, strengthen the rule of law, continue to make gains in justice sector reform, and counter violent extremism. Ambassador Schlumberger, your Mission’s work lies at the heart of these challenges. The Mission’s ongoing work on gender equality, human rights, tolerance, freedom of expression – including for the media, missing persons, and electoral oversight mechanisms also remains crucial. As you prepare to turn over responsibility to a new Head of Mission, we encourage you to redouble your efforts in supporting Kosovo in addressing these pressing issues.

As Vice President Biden said during his visit to Pristina last month, the United States will continue to be a champion for the people of Kosovo. We will keep advocating around the world in every international organization for a strong and independent Kosovo that is an integral part of a Europe that is whole, free, and at peace. The latest chapter in this pursuit was marked by the decision of the world football organization FIFA to admit the Kosovo Football Federation as a member. This has enabled Kosovo to participate in the 2018 FIFA World Cup qualifiers, including its historic match earlier this week against Finland, which ended in a draw. We also congratulate Kosovo for participating in the Rio Olympics, where its athletes competed under Kosovo’s flag for the first time and brought home a gold medal in judo.

Thank you again, Ambassador Schlumberger, for all that you and your dedicated team have done to advance our shared goals. We should continue to look for ways to expand dialogue and cooperation, including allowing Kosovo officials to hear directly from OMiK and participating States about issues affecting their country.

In closing, let me reiterate that the United States looks forward to the day when Kosovo will be present in the Permanent Council as an OSCE participating State.

(In French)  Mr. Ambassador, we thank you again for your service to the OSCE, and we wish you a wonderful retirement.