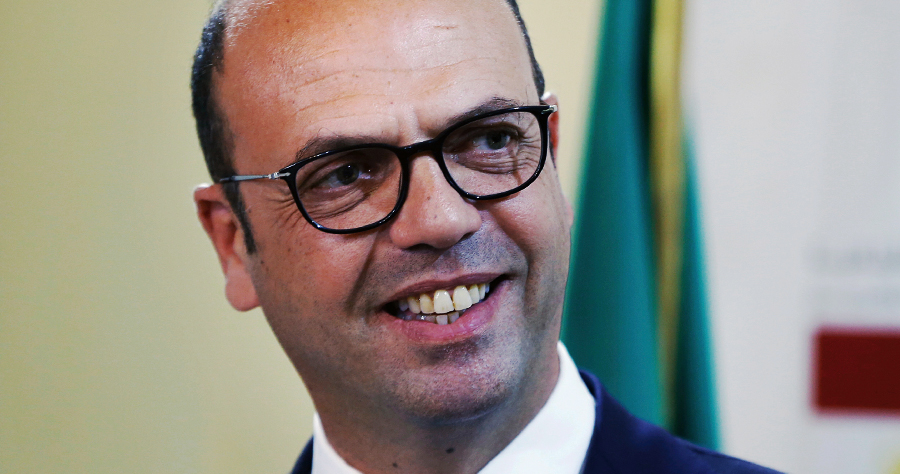 Minister Alfano, the United States is pleased to welcome you to the Permanent Council, and offers its sincere thanks to Italy for accepting the Chairmanship of the OSCE in 2018.

Italy will assume leadership of this Organization at a time when Europe and its partners face severe challenges, in large part due to the failure by some participating States to uphold foundational OSCE principles and implement their commitments. Russia’s military action against Ukraine – its continuing occupation and attempted annexation of Crimea, and the conflict it fomented and still fuels in eastern Ukraine – and Russia’s continuing aggression in Georgia, has caused the most significant security crisis in Europe since the end of the Cold War. In Crimea, Russia systematically abuses those who oppose its occupation, including Crimean Tatars and ethnic Ukrainians. Russia, and the forces it arms, train, leads, and fights alongside in eastern Ukraine, are putting civilians on both sides at constant risk of death, displacing families, and destroying livelihoods. Russia’s attempt to change borders and governments by force in Europe is a dangerous precedent for us all. It undermines the core commitment we all made at this Organization’s founding to respect the sovereignty and territorial integrity of each and every participating State.

Minister Alfano, the Special Monitoring Mission (SMM) to Ukraine must be allowed to provide the international community with impartial reporting on the situation on-the-ground. On April 23, the SMM suffered a grievous loss. The death of Joseph Stone, an American paramedic killed in the service of the SMM, came amidst a deliberate campaign to harass, intimidate, and degrade the SMM. As the very mechanism created to facilitate a peaceful end to the conflict, the SMM must have full, unfettered, and safe access, and receive the full support of every participating State. As OSCE Chair, Italy must shore up that support.

A strong commitment to fully implementing and further strengthening existing conventional arms control agreements and arrangements, including the Open Skies and Conventional Armed Forces in Europe Treaties, as well as the Vienna Document, is vital to enhance military and political stability in the OSCE, as agreed by all participating States at the Hamburg Ministerial. For its part, the Structured Dialogue has gotten off to a good start, but we need to more deeply explore issues already raised, such as threat perceptions and military exercises, and address calls for Vienna Document modernization. Importantly, the Structured Dialogue should also continue without preconceived outcomes, timelines, or outside agendas in which only some states participate.

We also look to Italy for leadership on the protracted conflicts in the OSCE region. The Chairmanship should support an outcome-oriented 5+2 settlement process for the Moldovan breakaway region of Transnistria, including the completion of the Berlin Protocol deliverables. We urge the Italian Chairmanship to fully empower and enable its personal representative on the conflict dealt with by the Minsk conference, and to stand on principle in the face of Russia’s continued occupation in Georgia.

Mounting pressure against civil society and independent media has been accompanied by efforts to undermine OSCE Human Dimension events and weaken the OSCE’s independent bodies and field missions, and cut their resources. The closing of the Office in Yerevan – the last OSCE field mission in the South Caucasus – is a prime example of this troubling trend. We urge the Italian Chairmanship to spurn these efforts, and secure the OSCE’s human dimension work as an essential pillar of our comprehensive approach to security. The Chairmanship’s leadership in the OSCE’s human dimension, including upholding human rights and fundamental freedoms online and offline, democracy, and the rule of law, and promoting tolerance and non-discrimination, is crucial. We must press for the full implementation of human dimension commitments.

The Chairmanship’s efforts also are critical to protecting the independence, mandates, and budgets of the OSCE institutions, including the Office for Democratic Institutions and Human Rights, the Representative on Freedom of the Media, and the High Commissioner on National Minorities. And we must continue our cooperation with the OSCE Parliamentary Assembly.

Despite our differences, we continue to find new ways to work together to combat and prevent terrorism and violent extremism and radicalization that leads to terrorism. As Chairman-in-Office Kurz has noted, more than 10,000 citizens from the OSCE region have left to fight in Syria and Iraq, and most have yet to return home. Innovative projects – such as the OSCE’s mobile training teams to address cross-border challenges in identifying foreign terrorist fighters – are helping us respond more effectively to the threat. But more can, and must, be done. We encourage you to continue the OSCE’s important work in this area, in particular drawing on the recommendations from this year’s conference on preventing and countering violent extremism and radicalization that leads to terrorism. We need to collectively confront the organized crime networks that make terrorist travel and trafficking in drugs, people, and weapons possible. And we must combat the trafficking and sexual exploitation of children.

Minister Alfano, the United States welcomes Italy’s renewed focus on migration. Without question, there is an important role for the Organization in addressing this multi-dimensional challenge that will affect security throughout our region for the foreseeable future. As a regional cooperative security organization, the OSCE is in a unique position to work with participating States and partners to encourage the adoption of humane, meaningful, and comprehensive approaches to safe, orderly, and regular migration.

The OSCE can only be effective if its institutions are endowed with skilled leadership and sufficient resources.  We congratulate and welcome the new OSCE leadership. The Secretary General and heads of the OSCE institutions are critical to the Organization’s strength, effectiveness, and ability to respond to urgent challenges. The United States will be a friend and partner as you work to fulfill mission mandates, implement our collective decisions, and hold all of us to account in meeting our OSCE principles and commitments. With these appointments in place, the incoming Italian Chairmanship will have the opportunity to focus on the most urgent priorities in 2018.  Minister Alfano, we urge you to seize that opportunity.

In closing, the United States pledges its full support to the Italian Chairmanship. We look forward to working closely with you, Minister Alfano, and your teams in Rome and in Vienna. We wish you every success for your 2018 Chairmanship.