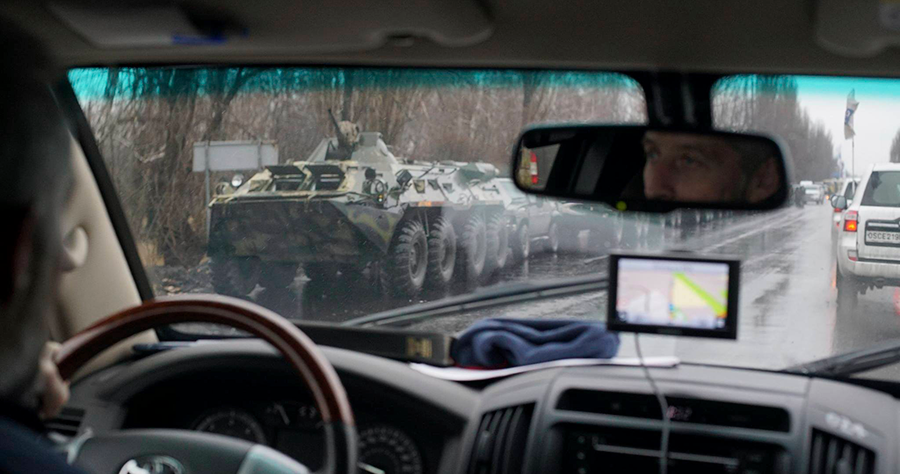 Ambassadors Sajdik and Apakan, we are pleased to welcome you back to the Permanent Council.

Ambassador Sajdik, we take note of your January 31 press release after the most recent Trilateral Contact Group (TCG) meeting and commend your focus on the humanitarian impact of the conflict. We recognize the TCG’s efforts to broker the recent recommitment to a holiday ceasefire in eastern Ukraine, but we regret that the measure quickly disintegrated, as have over 40 prior efforts. The United States reiterates its call for Russia, as the instigator of this conflict, to direct its forces to comply with the terms of the cease-fire, to withdraw its weapons from the line of contact as required by the Minsk agreements, and disengage its forces. Demanding Ukraine to do so unilaterally implies a false equivalency. Contrary to statements repeatedly made by the Russian Federation, this is not an internal Ukrainian conflict. It is a hot war started, fueled, and maintained by the Russian Federation. Russia – not Ukraine – is the foreign power whose military forces are masquerading as so-called “separatists” and directing proxy forces.

The United States regrets the lack of progress in the Trilateral Contact Group in 2018 on demining, detainee exchanges, and the establishment of safety zones around key pieces of civilian infrastructure. Unfortunately, Russia has not taken any steps to mitigate the hardship and danger this conflict inflicts upon civilians caught in the crossfire.

Ambassadors Sajdik and Apakan, the international community has spoken with a united voice in denouncing Russia’s aggression against Ukraine, most recently in response to Russia’s November 25 ramming, firing upon, and seizure of Ukrainian vessels near the Kerch Strait. The vast majority of participating States concur that impeding the transit of Ukrainian vessels through this body of water is a violation of international law and that Russia’s actions are unacceptable. We call on Russia to respect its international obligations and immediately cease obstructing, delaying, and harassing the transit of vessels in the Kerch Strait bound for Ukrainian ports; to immediately release the seized Ukrainian personnel and vessels; and to de-escalate the tensions Moscow has stoked.

Ambassador Apakan, thank you for the early submission of your report to the Council. We appreciate the timely assessments the SMM provided in response to Russia’s November 25 attack, in particular that the SMM “did not observe significant changes or restrictions for civilians in affected regions” during Ukraine’s temporary enactment of martial law.

The United States also welcomes the SMM’s increased reporting on the broader social and economic effects of Russia’s aggressive and destabilizing actions in the Black Sea, the Sea of Azov, and the Kerch Strait. We encourage the Mission to regularly monitor and report on the effects on Ukraine and to produce thematic reports on such issues.

We again note with concern that SMM patrols repeatedly face denials of access and restrictions of their mandated freedom of movement – overwhelmingly so in areas controlled by Russia-led forces. Last year, over 80 percent of such instances occurred in Russia-controlled areas. These restrictions are yet another example of Russia’s disregard for the SMM’s mandate, as well as the safety and security of our unarmed, civilian monitors. And as has been the case before, restrictions did not stop with SMM patrols. Targeting of, and interference with, the SMM’s UAVs continues even after it has become clear that Russia downed one of the SMM’s long-range UAVs on October 27. The UAV crashed after what the SMM characterized as an “abrupt and violent impact,” shortly after the UAV had observed vehicles illegally crossing from Russia into Ukraine at the internationally recognized Russia-Ukraine border. We support your decision to resume long-range UAV operations throughout the totality of the conflict zone and look forward to the SMM returning the UAVs to patrol routes in the areas where there is evidence of Russia’s support for and involvement in the conflict by means of illegal cross-border convoys. We encourage the SMM to resume the use of long-range UAVs to augment its coverage in the areas of Ukraine where Russia restricts SMM vehicle patrols, most pressingly along the internationally recognized Russia-Ukraine border and in the area of Siedova and Novoazovsk . We also encourage you to deploy these assets at night, when vehicle patrols are prohibited.

Ambassadors, the United States is alarmed by the deplorable humanitarian situation in Russia-occupied Crimea. The Crimean Tatar Resource Center established that Russia conscripted over 5,600 Ukrainians from Crimea into its army of occupation in 2018 alone; conscripting over 12,000 Crimeans since the beginning of the occupation. The United States calls on Russia to cease this unacceptable practice. We are also troubled by reports that Russian occupation authorities are pursuing a new pretext for intimidating and arresting members of the Crimean Tatar community; alleging they are supposedly serving in Ukrainian volunteer battalions deemed to be “against the interests of the Russian Federation.” Russian occupation authorities on January 25 sentenced Crimean Tatar Fevzi Sagandzhi to 10.5 years imprisonment for alleged participation in a Crimean Tatar civic group based in mainland Ukraine that authorities deemed an “illegal Ukrainian armed formation,” and again conducted multiple raids on Crimean Tatar homes on January 23 and 24 on the same pretexts. The United States is also concerned about reports of the deteriorating health of several imprisoned Ukrainians, including Pavlo Hryb and Edem Bekirov. The United States calls on Russia to grant access to the SMM to monitor the humanitarian situation in Crimea.