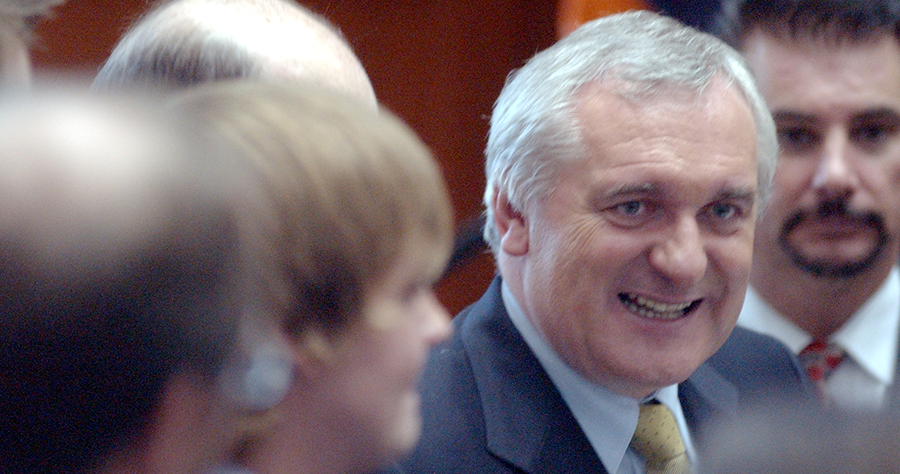 As delivered by Chargé d’Affaires Gregory Macris
to the Joint Forum for Security Cooperation and Permanent Council
Vienna, February 20, 2019

I would like to welcome former Taoiseach of Ireland, Bertie Ahern, to the joint meeting of the Forum for Security Cooperation and Permanent Council today.

Peace requires hard work, political will, and visionary leaders who reach out across dividing lines to bring people together. It is also a process in which the international community plays a supportive role.

The Good Friday Agreement, as you described, created the conditions for peace to take root. The Agreement upheld the United Kingdom’s territorial integrity and defined relations with Ireland, while devolving autonomy to the local population. The Agreement established fair institutional arrangements, including accountable policing, based on rule of law and respect for human rights that involved all sides. The terms of the Agreement and their implementation were, and still are, verifiable, with decommissioning of weapons overseen by an independent and impartial body. Track II initiatives ran in parallel to formal talks and helped create space for the processes of reconciliation and integration. Women’s groups were particularly effective in this regard. And, importantly, international players, including the United States, supported the process from the beginning. Today, the task is to adapt institutional arrangements to evolving circumstances.

As a platform for dialogue and a forum with substantial convening power, the OSCE has a role in promoting security in this region, and your work two decades ago provides useful direction. The OSCE can foster international efforts to resolve conflicts, assist them to take root, and prepare populations for peace in all phases of the conflict cycle. The United States supports OSCE efforts. We participate in the Geneva International Discussions on the Conflict in Georgia and in the 5+2 Settlement Process on the Transnistrian Conflict. The United States is a Co-Chair of the Minsk Group, which works to peacefully resolve the Nagorno-Karabakh conflict.

Mr. Chair, Russia continues to violate the sovereignty and territorial integrity of both Ukraine and Georgia, disregarding its international commitments, including the founding principles of the Helsinki Final Act. Russia’s occupation and attempted annexation of Crimea and the conflict it fomented and fuels in eastern Ukraine constitute the most serious breach of security in Europe since the 1990s.
In Moldova, the elements of a final settlement are present. The sides need to continue to make progress on implementing concrete deliverables agreed on in the 5+2 process. In order to make a settlement agreement a reality, it is time to open discussions on the political and security basket in the 5+2 framework. And it is time for Russia to withdraw its military forces as it agreed to do 20 years ago at the OSCE Summit in Istanbul.

The Minsk Group Co-Chairs are working intensively with the sides to bring about a lasting settlement to the Nagorno-Karabakh conflict. The Armenian and Azerbaijani foreign ministers have agreed on the need to take concrete measures to prepare the populations for peace, and the Co-Chairs will encourage progress.

Finally, in order for any peace process to be successful, civil society must participate, as we saw in the Northern Ireland process. Civil society actors can canvass and represent interested stakeholders who may not have a place at the negotiating table. Civil society can help ensure that the opinions of women, minorities, and other underrepresented groups are heard. It can also provide valuable feedback to governments and negotiators and can hold governments and non-state actors accountable for the commitments that they have made.

The United States thanks former Taioseach Bertie Ahern for reminding us that successful settlement agreements are, in fact, possible.