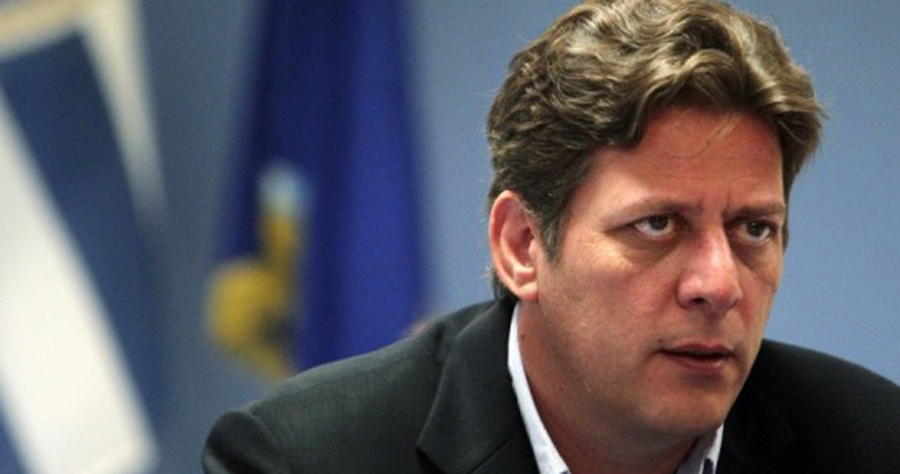 Response to Alternate Foreign Minister Miltiadis Varvitsiotis, Greece’s Chairman of the Committee of Ministers of the Council of Europe

Alternate Foreign Minister Varvitsiotis, the United States warmly welcomes you to the Permanent Council as the representative of Greece’s Presidency of the Council of Europe.

Minister Varvitsiotis, Greece’s Presidency provides your government with a special opportunity, at a moment of uncommon strain in our societies, to defend bedrock principles of the international rules-based order, including respect for the sovereignty and territorial integrity of states and for human rights and fundamental freedoms.  These are principles that we share.  Our two regional organizations should continue to work in concert to protect and promote our common principles, as reflected in the Helsinki Final Act and the Statute of the Council of Europe.

Russia continues to undermine international security through its aggression toward other states and repressive behavior toward its own people.  This is the unacceptable behavior of a government desperately seeking legitimacy.  We must continue to hold Russia accountable for contravening international law and defying its OSCE commitments.  We must prioritize and protect the high standards of the Council of Europe and the OSCE, and hold states accountable for meeting them.

Greece’s leadership of a critical European organization comes during this unprecedented time.  Many states have introduced measures that restrict the exercise of the human rights and fundamental freedoms of individuals in order to contain and prevent the further spread of CoViD.  We are concerned that Russia and some other states have gone well beyond taking understandable measures to address the health emergency and instead have taken advantage of the pandemic to deepen their repression against human rights activists, political opponents, independent journalists, members of minorities and others who disagree with their government’s policies and practices, including their government’s response to the virus.

Governments must strive to ensure any emergency measure implemented to address the CoViD pandemic is strictly necessary for the protection of public health, and be lifted as soon as practicable, subject to independent oversight, and not used as an excuse to silence, target, or harass members of civil society, to target opposition voices, the media, or members of marginalized communities.

The United States asks, Mr. Chairman, that during your Presidency, Mr. Foreign Minister, you encourage continued consultation and cooperation with the OSCE’s Office for Democratic Institutions and Human Rights, which you have referred to in your statement, with the shared objective of ensuring that States fulfill their commitments to human rights, non-discrimination, and rule of law during the health crisis.  The OSCE stands fundamentally for these principles and it is a major reason for the OSCE to exist at all.

Minister Varvitsiotis, the United States is proud to be a full member of the European Commission for Democracy through Law, or the Venice Commission.  The Commission’s focus on the importance of constitutionalism, impartial judicial systems, and the rule of law is more important in 2020 than ever.  The joint legal opinions of the Venice Commission and the OSCE help countries strengthen the rule of law and democratic institutions, making them less vulnerable to external manipulation or pressure. Our joint election observation missions illustrate our strong commitment to helping states achieve their democratic aims with outcomes that reflect the freely expressed will of their citizens.

As a member of GRECO, the Group of States Against Corruption, the United States is active in the peer reviews to promote implementation of anti-corruption standards in the 50 GRECO member states.  Combating corruption is a key U.S. goal, and we have been similarly involved in anti-corruption efforts at the OSCE.  At the anti-corruption conference earlier this month, Kirsten Madison, the U.S. Assistant Secretary of State for International Narcotics and Law Enforcement, reiterated the United States’ longstanding commitment to this fight both at home and abroad.  Anti-corruption efforts are a pivotal component of democratic development, strengthening societies through reforms designed to bolster economic growth, democratic reform, health and education, and security assistance.

In conclusion, Mr. Minister, the United States welcomes Greece’s Presidency, we congratulate Greece’s Permanent Representative here at the OSCE, Alexios Zannos, congratulate you on the leadership position in the Council of Europe, and congratulate the concerted efforts the Council of Europe and the OSCE make to safeguard and strengthen respect for the principles set forth in our respective founding documents.  We look forward to continuing close collaboration between our two organizations. Welcome to the Permanent Council here today, Mr. Alternative Foreign Minister.