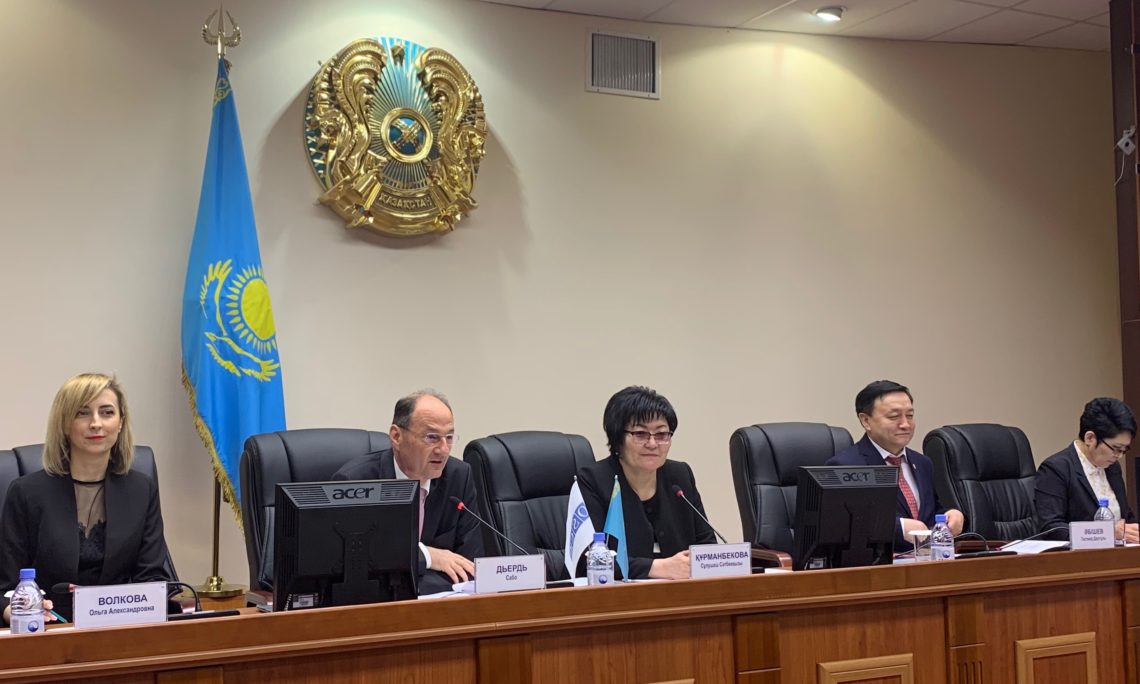 Response to Head of the OSCE Program Office in Nur-Sultan, Ambassador György Szabó

Mr. Chair, we welcome Ambassador Szabó to the Permanent Council and thank him for his report.

The United States supports the Office’s work in Kazakhstan across all three dimensions, including assisting the host country in implementing its OSCE commitments and contributing to regional security and stability. The Office is Kazakhstan’s conduit to OSCE expertise in countering violent extremism and radicalization that lead to terrorism; respecting and promoting human rights and the rule of law; combating corruption; countering terrorist financing; promoting democratic policing; combating human trafficking; and promoting gender equality.

We welcome the emphasis the Office has placed over the past two years on strengthening civil society involvement in the legislative process, on development of a National Preventive Mechanism concerning torture in places of detention, and in involving youth in its activities.

Nur-Sultan was the venue for the 2018 Central Asia Media conference, and we appreciate the Office’s work to strengthen media freedom in Kazakhstan. Nevertheless, we join the OSCE Representative on Freedom of the Media, who raised concerns earlier this year about short-term detentions of journalists and bloggers, apparently for covering public rallies. We echo his alarm over the use of vaguely-worded laws, such as Articles 174 and 274 of the Criminal Code, to intimidate critical voices into self-censorship. All of these concerns were heightened by more recent detentions, even if brief, of hundreds of individuals taking part in peaceful protests on June 9, Election Day, and the days following the election. Among the detained were journalists, again apparently for covering those events.

While we took careful note of the statement made last week by Kazakhstan, the United States is concerned about the short-term detention of up to 4,000 individuals who took part in peaceful protests on Election Day and the days following. We hope that Kazakhstan will take advantage of OSCE assistance in ensuring that all individuals in Kazakhstan can exercise the fundamental right of peaceful assembly.

We would also like to respond to what you, Mr. Ambassador, stated in your report, and what we have heard here from the delegation of Kazakhstan concerning the desire to change the mandate of the Office to convert it into a “thematic mission.” Whether the OSCE should have a thematic mission on a particular issue, and if so, where such a thematic mission should be based are two separate matters that the participating States would need to discuss separately. Neither bears any relation to the work or the current mandate of the Program Office in Nur-Sultan. We believe the Program Office in Nur-Sultan is doing valuable and much-needed work across all three dimensions that should continue.

Mr. Ambassador in closing, we thank you and your staff for your work as the Program Office assists the government of Kazakhstan in implementing its OSCE commitments.