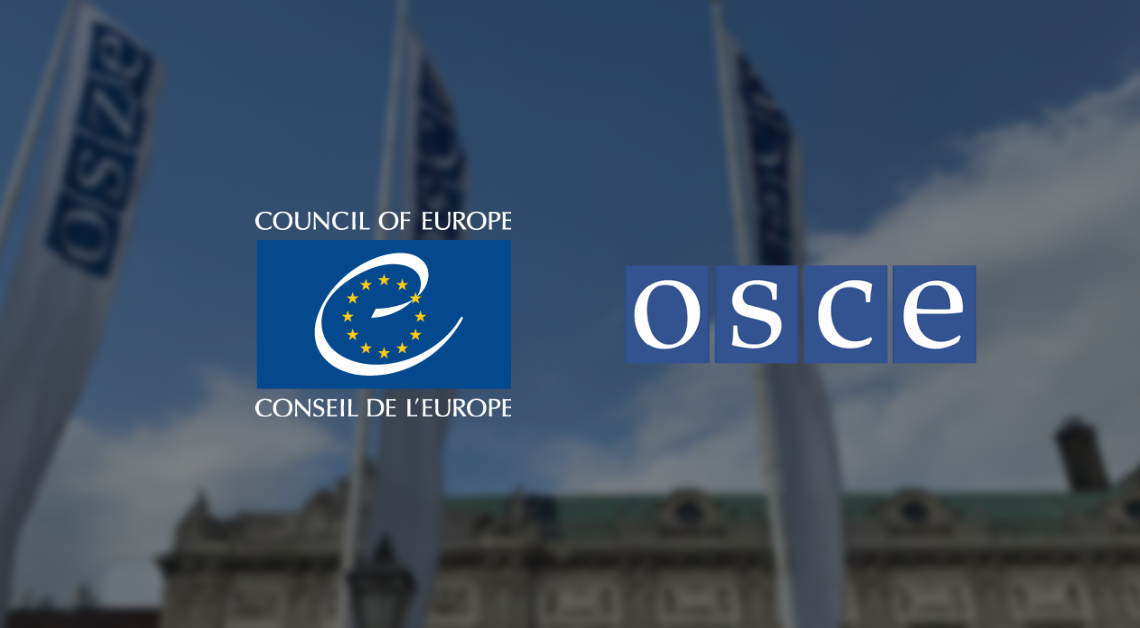 Iceland's Presidency of the Committee of Ministers of the Council of Europe.

to the Permanent Council, Vienna
February 3, 2022

Thank you, Deputy Minister Della Vedova, the United States warmly welcomes you to the Permanent Council in Italy’s capacity as Chair of the Committee of Ministers of the Council of Europe.  Italy has developed an impressive program of work grounded in a commitment to dialogue to advance our shared obligations to human rights, democracy, and the rule of law as reflected in the Helsinki Final Act and the Statute of the Council of Europe.

Now more than ever, our two regional security organizations and respective Parliamentary Assemblies must work together to resolve the region’s conflicts — a priority shared by OSCE’s Polish Chairpersonship.

The United States welcomes the Council of Europe’s long-standing cooperation with the OSCE’s Office for Democratic Institutions and Human Rights, High Commissioner on National Minorities, and Representative on Freedom of the Media.  This cooperation ensures both organizations can collaborate in protecting the human rights of members of national minorities; promoting tolerance, non-discrimination, and social inclusion; and combating terrorism and trafficking in human beings.  We underscore the central role that ODIHR can play related to prosecutorial independence and assisting States to fulfill our commitments – all of which complement the Italian Presidency’s goals within the Council of Europe.

We also strongly welcome your presidency’s focus on the protection and promotion of the human rights of women and youth.  There is much that OSCE and the Council of Europe can do to secure the full, meaningful, and equal participation of women in all aspects of society, free from gender-based violence.  We regret that the pandemic has curtailed the further implementation of the model youth engagement initiative “On the Road to Inclusion,” jointly organized in 2019 by the U.S. Department of State, U.S. Helsinki Commission, and our Italian counterparts.  Even so, we continue to recognize the importance of formal and civic education in safeguarding vibrant and inclusive democracies.

We join the Council of Europe’s Council of Ministers, President of the Parliamentary Assembly, and Secretary General in decrying Russia’s  imprisonment of Aleksey Navalny, the designation of Navalny-affiliated organizations as “extremist”—in addition to the Russian government recently designating Navalny himself as a “terrorist”—and the dissolution of International Memorial and the Memorial Human Rights Centre, two of the most prominent human rights-focused civil society organizations in the Russian Federation.  We call upon Russian authorities to cease their ongoing efforts to further restrict Russian civil society, and to uphold Russia’s OSCE commitments and international law obligations on freedom of association and expression.

As a member of the Council of Europe’s GRECO, the Group of States Against Corruption, the United States is active in the peer reviews to promote implementation of anti-corruption standards in the 50 GRECO member states.  Combating corruption is a key U.S. goal, laid out in December in our national Strategy on Countering Corruption, and we have been similarly involved in anti-corruption efforts here at the OSCE.  We welcome your thoughts on how States can use this tool to hold each other accountable.

In closing, Mr. Deputy Minister, let me reiterate our support for the work undertaken by the Council of Europe, which, like the OSCE, is an essential element of our international security architecture and essential to our common security.