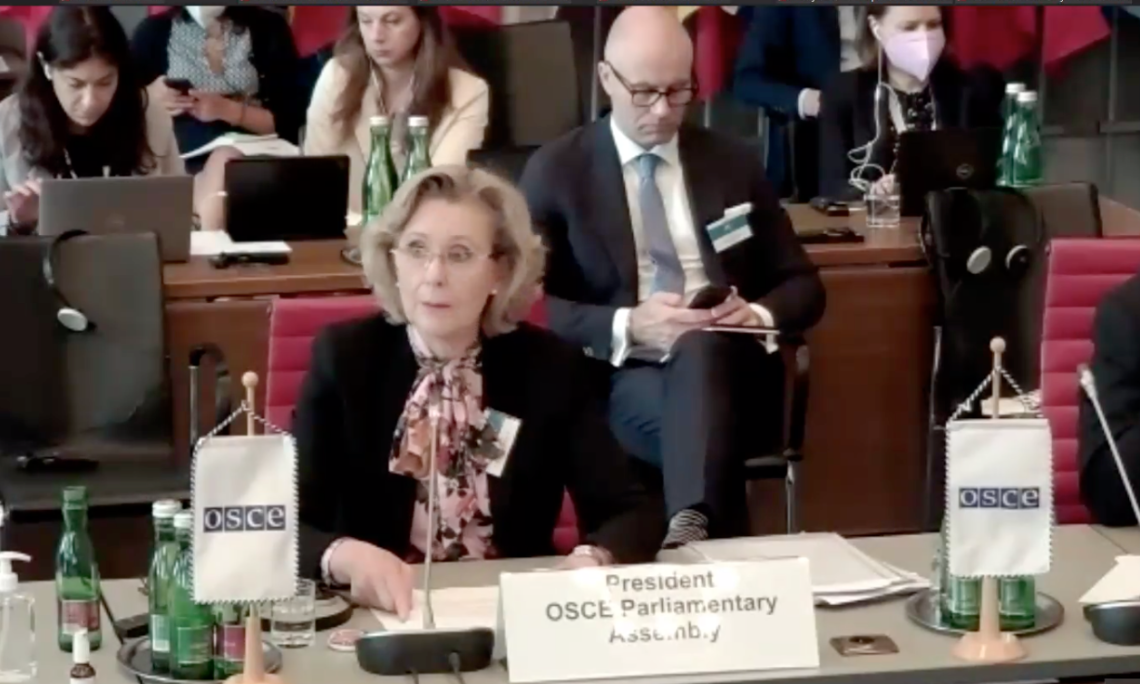 President Cederfelt, the United States welcomes your first appearance at the Permanent Council as OSCE Parliamentary Assembly President.  We congratulate you on your election in July and look forward to working with you in the coming year.

The United States lauds the PA’s efforts to remain visible and active since the onset of the pandemic, including through the Helsinki+50 initiative and convening the first PA meeting in a blended format.  The Annual Session, convened in July both in Vienna and online, was a considerable success.  We welcome the PA’s adoption of three decisions addressing some of the key challenges to comprehensive security facing the OSCE today:  the rise in hate, intolerance, and discrimination in the region; the continuing crackdown on civil society in Belarus; and Russia’s destabilizing military activities, including in Crimea and the Donbas—both of which are Ukraine’s territory, not Russia’s.

All three resolutions affirm the sentiments of the vast majority of governments and people across the OSCE region.  Further, they underscore the importance of raising these issues in this chamber and supporting ODIHR’s tolerance work, our field missions in Ukraine, and the Chairs’ efforts to facilitate an inclusive, genuine dialogue between the Belarusian authorities and the Belarusian political opposition and civil society.

We appreciate that OSCE PA Presidents have affirmed the importance of the OSCE’s annual Human Dimension Implementation Meeting, where government officials and representatives of civil society come together to discuss how well participating States are living up to their commitments and how to improve performance.  We deeply regret that, due to the continuing obstructionism of a single participating State, the OSCE has not extended to the Parliamentary Assembly an invitation to meet in Warsaw later this month for the HDIM.  I appreciate your words this morning, but the United States is not ready to concede that HDIM will not take place this year.  We once again call upon Russia to finally join consensus on the procedural decisions regarding HDIM 2021.

Madam President, the United States thanks the OSCE PA for its ongoing contribution to OSCE election observation missions—including the observation of the 2020 general elections in my own country—since the onset of the pandemic.  We share your profound disappointment that the arbitrary restrictions imposed by Moscow forced the Parliamentary Assembly and ODIHR to conclude that they could not conduct a credible observation mission for this week’s Duma elections.  Russia’s efforts to avoid international scrutiny of its election processes will not succeed.  Instead, Russia’s tactics only raise serious questions about the freeness and fairness of its elections.

The United States recognizes the valuable complementary role parliaments play in safeguarding our common security, including engagement with Central Asian participating States in light of recent developments in Afghanistan.

In closing, I wish to thank the leaders of the Parliamentary Assembly’s Vienna Liaison Office, Ambassadors Panceski and Nothelle, as well as Ambassador Zannier for the important perspective they lend to our work.