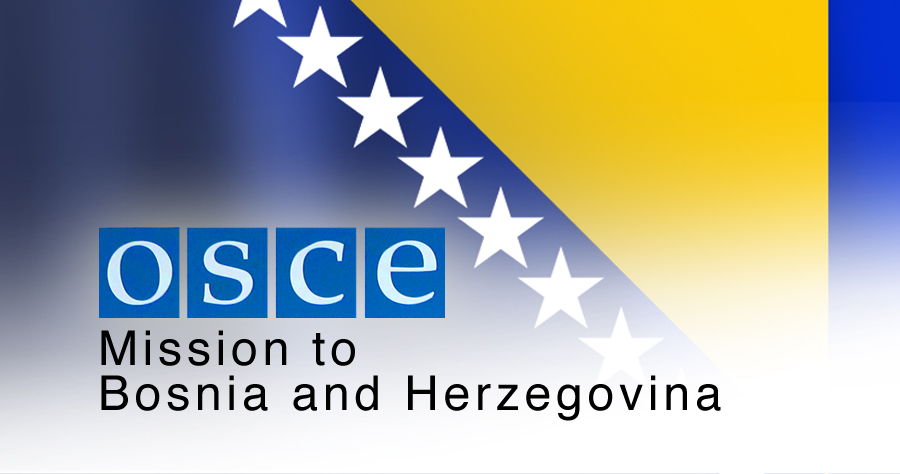 Response to the Report by Head of the OSCE Mission to Bosnia and Herzegovina, Ambassador Bruce Berton

Ambassador Berton, let me begin by thanking you and your team, for supporting the March visit of several leading donors and friends of Bosnia and Herzegovina to visit the Field Mission, and spend time with you and your team. The United States recognizes the importance of Bosnia and Herzegovina to peace and progress in the region. Seeing your efforts firsthand helps participating States provide the support your Mission needs to deliver results. Your report reaffirms what we saw on the ground, namely that corruption, political stagnation, and lingering interethnic divides continue to hold the country back. I would also like to thank you for the time and energy you put into your informal briefings. The information that you provide, together with the information that you provide in your timely report, and your briefing today provides us a really complete picture. And I would also like to highlight again the importance to which you attach to your mission. The strategic discussions, the planning, the assessment of how the mission is doing in support of the country, and in carrying out your mandate, is very important for us to know. So thank you very much for that personal effort that you place in these regards.

Mr. Ambassador, in October, ODIHR assessed the general elections in Bosnia and Herzegovina as “genuinely competitive despite systemic and legal shortcomings.” The ongoing lack of political will among party leaders to implement critical electoral reforms has slowed the country’s democratic development and left citizens feeling frustrated and ignored. After the elections, several parties, including the three that may form the core of a new coalition, have focused on what divides the citizens rather than on finding a shared path forward. We remain troubled by politicians who use false narratives of the past, cynically exploit societal tensions, or block much-needed reform to advance their own self interests. We agree that amending the Election Law to address the ODIHR recommendations and improve transparency in elections remains necessary to ensure the will of the people is respected.

Mr. Ambassador, the OSCE Mission is increasing society’s resilience by promoting respect for human rights, fundamental freedoms, and the rule of law. We appreciate your efforts to help ensure that legislation is in line with Bosnia and Herzegovina’s international obligations and commitments. You are helping build capacity in media freedom and media literacy and working with the police to ensure the protection of fundamental freedoms. Through your court monitoring program, the OSCE is strengthening judicial structures to ensure that corruption, war crimes, and organized crime cases are reliably addressed.

Your report notes that during the reporting period Republika Srpska passed 62 laws and the Federation passed 16. But the number of laws passed is not necessarily indicative of meaningful progress on reform or democratic development. Laws must be consistent with international obligations and commitments and should serve as a framework for action on critical issues, such as fighting corruption. Some draft laws – like RS’ Law on Public Gatherings – undermine individuals’ fundamental freedoms. Instead of viewing civil society or independent media as threats, Republika Srpska’s government should make them part of the conversation, welcoming their inputs and criticism on draft laws to better reflect the needs of all parts of society, and work with them to effectively implement the government’s programs.

Mr. Ambassador, the OSCE Mission’s report, “Two Schools under One Roof,” draws attention to addressing one of Bosnia and Herzegovina’s long-standing challenges: the damaging and discriminatory practice of separating students based on ethnicity. The United States agrees that it is important to protect the rights of members of minority groups, in community with other members of their groups, to use their own language and to enjoy their own culture. However, the “two schools under one roof” approach is tantamount to ethnicity-based segregation and has no place in a peaceful multi-ethnic country. The Mission’s engagement in education, with youth, and through the OSCE’s gender mainstreaming efforts will further strengthen the fabric of society for a more stable future.

In conclusion, Mr. Ambassador, the United States remains a friend and partner of Bosnia and Herzegovina. Our recent visit reaffirmed the importance of a highly qualified and effective leader like yourself, who is respected among all the parties. We look forward to continuing our work with the government at all levels, as well as with the citizens and civil society organizations, to foster regional peace and prosperity. Thank you for the work and dedication of you and your team.