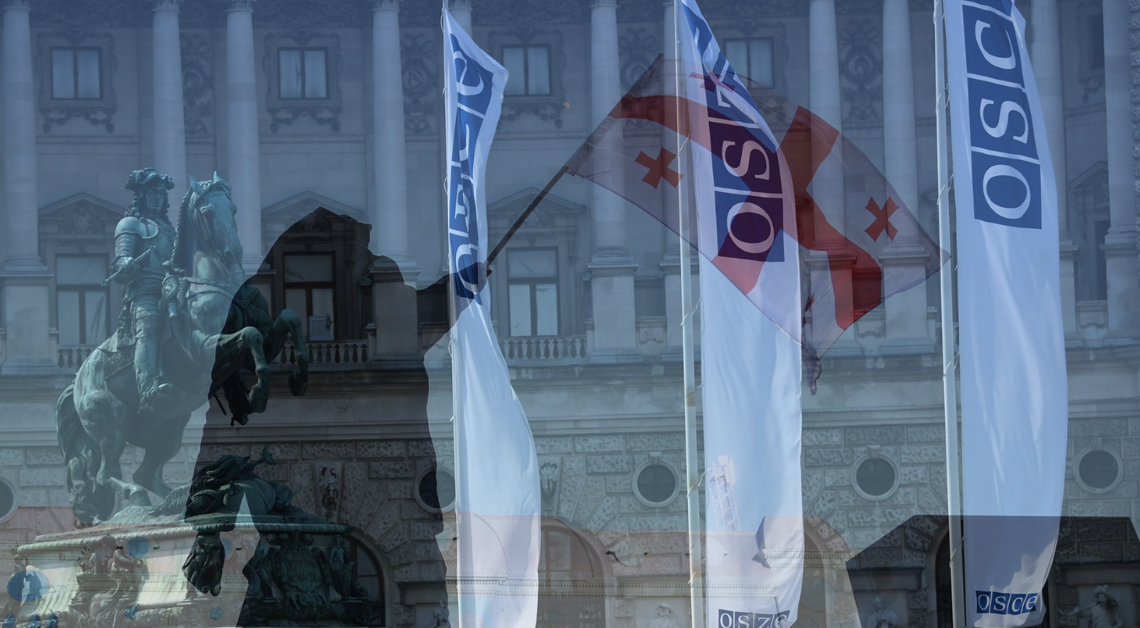 Response to the Address by the Deputy Minister for Foreign Affairs of Georgia, H.E. Mr. Lasha Darsalia

The United States warmly welcomes Deputy Foreign Minister of Georgia Lasha Darsalia to the Permanent Council.  Deputy Minister Darsalia, your briefing on developments in the Geneva International Discussions, the situation on the ground, and on your consultations in Strasbourg, is timely and deeply appreciated.

At the outset, allow me to express the heartfelt condolences of the United States to the family and friends of the Georgians who died attempting to cross the Enguri River on April 7 and to those struck by the humanitarian crisis created by the pandemic and restricted movement across the Abkhazia administrative boundary line.  This heartbreaking situation reminds us—that for far too many years—families have been forced daily to make unimaginable choices to be with the people they love, find medical care and education, or put food on the table.  We appreciate the United Nations’ facilitation of a humanitarian corridor across the Enguri Bridge.  Protecting human life demands cooperation in order to avert future tragedies.

On March 25 and 26, the United States welcomed the commitment of the participants in the 52nd round of the Geneva International Discussions (GID) on the conflict in Georgia to the GID format.  The U.S. delegation expressed regret that many opportunities to save lives through a collaborative pandemic response were lost and urged participants to cooperate on life-saving efforts as the pandemic continues.

The United States urged progress on clarifying the fate of all missing persons, regardless of where, when, and under what circumstances they disappeared.  We regretted participants from Russia and de facto authorities walked out of a critical discussion on internally displaced persons and refugee returns.

We welcome consistent use of the Ergneti Incident Prevention and Response Mechanism (IPRM) and encouraged participants to utilize the IPRM to resolve the ongoing standoff near Chorchana and Tsnelisi and to develop practical measures for addressing medical and economic hardships resulting from the pandemic.  The United States expressed hope the Gali IPRM would resume meetings in the near future.

The United States expressed regret at continued borderization, including several kilometers of new fencing and barriers added along the South Ossetia and Abkhazia administrative boundary lines (ABLs) since the onset of the pandemic.  These actions increase personal and economic hardships among vulnerable populations at an already difficult time.  The United States urges Russian and de facto authorities to end the practice of detaining innocent civilians in and around the occupied territories and to release current detainees.

The United States calls on Russia to implement the EU-mediated 2008 six-point ceasefire agreement—the core mandate of the GID.  Many lives would have been saved during the pandemic if humanitarian organizations had had unhindered access to the whole of South Ossetia and Abkhazia in accordance with the 2008 agreement.  Likewise, the withdrawal of troops to pre-conflict positions, as agreed in 2008, would reduce civilian detentions and ensure citizens’ access to care in medical emergencies.

The United States also welcomed efforts by the GID Co-Chairs to elevate the voices of women, youth, and other underrepresented populations.

Madam Chair, the United States joined fourteen other delegations in demonstrating our support for Georgia.  The recent ruling by the European Court for Human Rights added further weight to the international community’s demand that Russia cease its blatant violations of Georgia’s sovereignty and territorial integrity.  The United States fully supports Georgia’s sovereignty, independence, and territorial integrity within its internationally recognized borders.