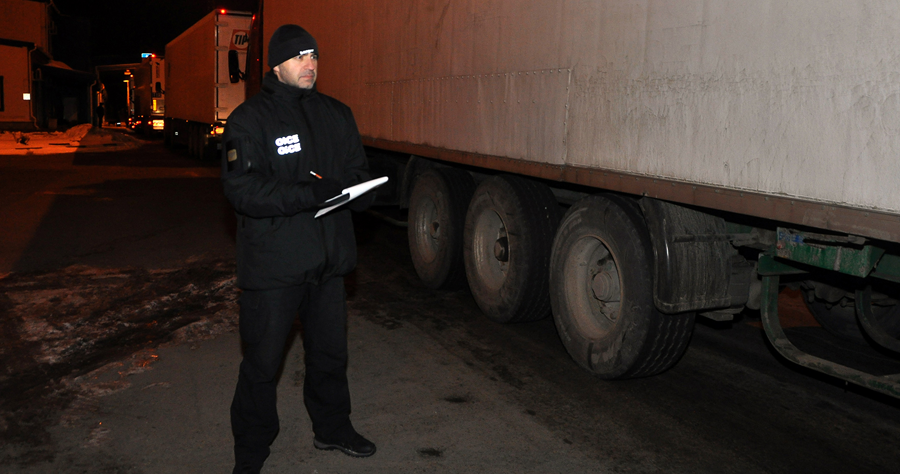 OSCE Border observer at the Donetsk border checkpoint during a convoy crossing from Russia to Ukraine, 22 November 2018. (PHOTO: OSCE)

Ambassador Varga, the United States welcomes you back to the Permanent Council. Thank you for your timely, detailed, and informative report, as well as for your spot reports throughout the reporting period. OSCE participating States, the Permanent Council, and the rest of the international community rely on you to be our objective eyes and ears at the checkpoints on the Ukraine-Russia international border. Let me join other delegations in expressing our appreciation for your efforts to ensure close coordination and collaboration with the Special Monitoring Mission’s leadership and monitors. That coordination has increased our knowledge about Russia’s ongoing aggression against Ukraine.

Mr. Chair, regrettably, Russia’s illegal, so-called “humanitarian aid” convoys continue. During the reporting period alone, three convoys passed from Russia into Ukrainian territory without inspection. We have no idea what is inside these supposed “humanitarian aid” convoys because Russia will not let either the Observer Mission or the SMM inspect them or even supervise their unloading. If Russia were truly delivering humanitarian aid, why would it bar international observers from seeing the contents of the cargo? Why does the Russian Federation refuse to deliver the aid through an international mechanism, which it committed to do so in Point 7 of the Minsk Package of Measures? Russia’s furtive actions leave little doubt that the convoys are probably providing war supplies and materiel to its proxies fighting in eastern Ukraine.

Like the overwhelming majority of the Council, the United States regrets that Russia imposes heavy restrictions on the Observer Mission and blocks attempts to expand its geographic scope. Most participating States have called for an expansion of the Mission’s scope beyond the few hundred meters of the border to which Russia currently restricts it. Because of Russian intransigence, Ambassador Varga, your team conducts operations at just two of the eleven checkpoints along the border between Russia and areas controlled by Russia-led forces in Ukraine. And as your report makes clear, Russia impedes the monitoring work of the Mission by creating “blind spots” even at the two checkpoints where your personnel are allowed to operate. These restrictive actions are inconsistent with Russia’s commitment under the Minsk Protocol to “ensure permanent monitoring of the Ukraine-Russia border.”

Ambassador Varga, let me again express our gratitude for your leadership of one of the OSCE’s most challenging field missions. Your work remains key to understanding the full scope of Russia’s destabilizing actions in Ukraine. You and your team of dedicated observers will continue to have our full support.