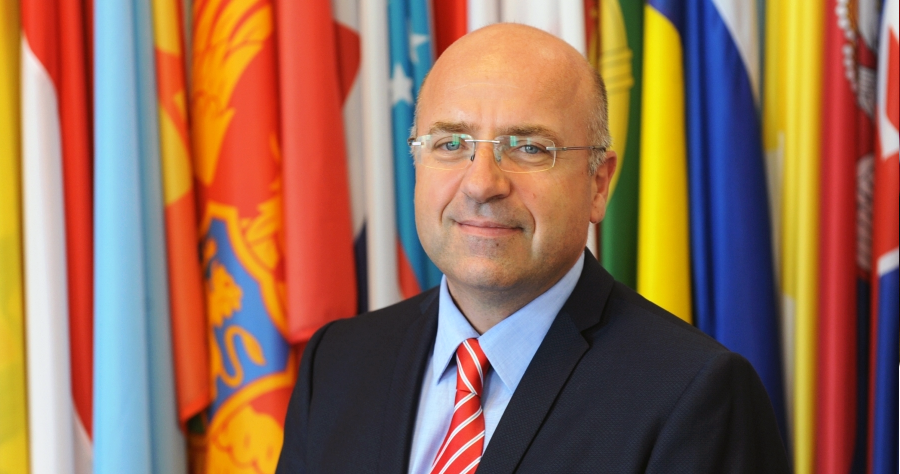 Response to the Director of the OSCE Conflict Prevention Center, Ambassador Marcel Peško

Mr. Ambassador, welcome back to the Permanent Council and thank you for your overview of the Conflict Prevention Center’s work. We regret the late release of your report this week, which we continue to review.

The OSCE’s crisis response capacity is critical in responding to security concerns arising when OSCE commitments are blatantly ignored, such as Russia’s aggression in Ukraine and Georgia. The CPC’s support to the relevant negotiating formats and the representatives for the South Caucasus, the Transnistrian Settlement Process, and on the conflict dealt with by the OSCE Minsk Conference, as well as its mediation support, is essential.

We appreciate the CPC’s efforts in responding to our shared security challenges. Foremost among these challenges is Russia’s disregard for international law and its ongoing aggression against Ukraine. In particular, the CPC’s support to the Chairmanship’s Special Envoy and head of the Trilateral Contact Group, the Special Monitoring Mission (SMM) to Ukraine, the Project Coordinator in Ukraine, and the Observer Mission at two checkpoints on the Russian-Ukrainian border, is indispensable.

The United States attaches particular importance to effective coordination between OSCE missions. In Ukraine, the CPC has helped improve coordination among the SMM, the Observer Mission, and the Project Coordinator. Looking forward, the CPC should focus on effectively equipping the SMM to meet its growing operational challenges. For example, the use of Unmanned Aerial Vehicles (UAVs) has proven essential to the SMM in weapons withdrawal verification, ceasefire monitoring, and facilitating agreements on infrastructure repair. Likewise, the Mission’s use of cameras has provided an objective source of information on the contact line, especially at night. The next step is to integrate the SMM’s technical means into a common operating picture that would improve decision-making, safety, and effectiveness.

The SMM would also benefit from expert reinforcements to its administrative, operational, and security planning functions. Procurement is too slow to keep pace with the reality of operational demands, and sluggish hiring practices keep important positions unfilled. These have significant consequences on operational performance and capabilities. The OSCE needs to improve its structures and policies so it can quickly deploy assets when and where they are needed.

Ambassador Peško, we highly value the work of the OSCE’s field operations, and lament the shuttering of yet another mission. The closure of the Office in Yerevan, against the wishes of the host government, has robbed us of an essential tool to promote stability in a region suffering from a lack of security. We are also concerned about efforts to constrain the work of OSCE field presences in other places, such as in Kyrgyzstan and Tajikistan. The political role of the OSCE’s field presences enables the organization to serve as a security barometer. The support provided by these OSCE missions on reforms to enhance rule of law, build democratic institutions, and promote human rights – coupled with the OSCE’s early warning and conflict prevention functions – contributes to security, in accordance with the OSCE’s comprehensive security concept.

Regrettably, some field operations are blocked by their host country from conducting early warning and conflict prevention, in spite of the Ministerial Council decision reaffirming the OSCE’s role in crisis response – agreed to by all 57 participating States. Monitoring and reporting functions should be directly included in the mandates of field operations. Likewise, field presences must be able to work in all three dimensions, and be able to independently engage with both government and civil society.

The OSCE must also be empowered to respond affirmatively when participating States have expressed an interest in a presence, such as Georgia and, further afield, Mongolia. A set of ExB projects for Armenia is a step in the right direction toward responding to Armenia’s desire for continued engagement with the OSCE. The United States has pledged funding for this program, and we encourage other delegations to do so as well. Likewise, we encourage all participating States to ensure that the OSCE Academy in Bishkek and the Border Management Staff College in Dushanbe are on sound political and financial footing.

We note your comments, Ambassador Peško, regarding Third-Party Verification, as well as the CPC’s Food for Thought paper on this subject from November 2016. While we will again review and study both of these, it is important to reiterate the United States’ strong support for modernization of the Vienna Document (VDOC) as the vital confidence- and security-building measure in the OSCE. At a time of continued tension, VDOC modernization and full implementation is more critical than ever, and we call on all participating States and interested parties to work towards these goals.

In closing, Ambassador Peško, the OSCE’s support to prevent, manage, and resolve conflicts is needed now more than ever.  We wish you and your team continued success in your work.