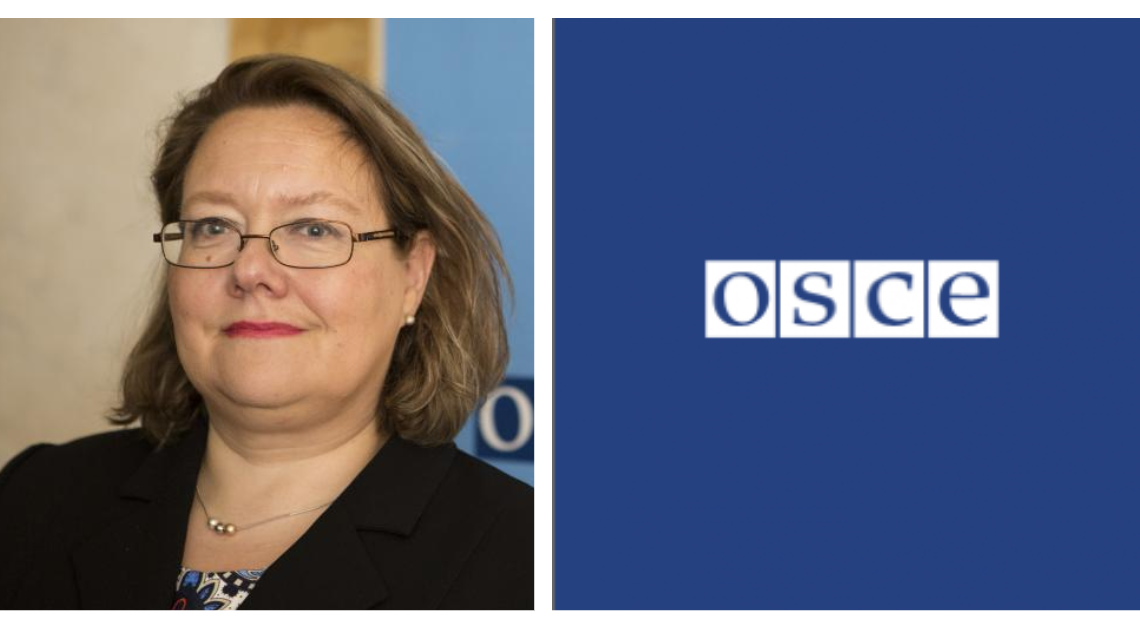 Report on the activities of the Conflict Prevention Center at the meeting of the Permanent Council (OSCE:Jonathan Perfect)

Response to the Director of the OSCE Conflict Prevention Center

Ambassador Yrjöla, the United States welcomes you in your second report to the Permanent Council as Director of the Conflict Prevention Center (CPC).

As had been the case with each of your predecessors for well over a decade, you and your CPC team operate – as does the entire OSCE – within the sobering reality of a security environment darkened by Russia’s ongoing aggression against its neighbors.  Russia continues to occupy parts of Georgia, sustain the conflict it fomented in eastern Ukraine, and occupy and militarize the Crimean Peninsula.  By so doing, Russia remains in contempt of OSCE’s founding principles on respect for the sovereignty and territorial integrity of other participating States.

We regret that Russia has announced that it will not support extending the mandate of the OSCE’s Border Observation Mission on the two checkpoints at the international border between Russia and Ukraine, and that it continues to obstruct the OSCE’s Special Monitoring Mission in Ukraine from carrying out its mandate throughout Ukraine, including in Crimea.

Elsewhere in the OSCE region, conflict devastates lives and threatens futures.  Despite the ceasefire announced in autumn 2020, the conflict between Armenia and Azerbaijan remains unresolved.  We urge Armenia and Azerbaijan to return to talks under the auspices of the Minsk Group Co-Chairs to reach a lasting peace.  It is important that alleged human rights abuses and violations of international humanitarian law be fully investigated, and perpetrators held accountable.

Against this backdrop, the OSCE’s comprehensive approach to security, grounded in the Helsinki Final Act and acquis of commitments in all three dimensions, is more pertinent than ever.  The CPC, as the nerve center of the Organization, has a crucial role in supporting the mediators and negotiators to make progress in resolving the conflicts in the region; supporting the field operations to work with their host countries to uphold commitments in all three dimensions; supporting the Forum for Security Cooperation; and providing early warning on emerging crises.

We appreciate the CPC’s support for the Trilateral Contact Group and its mission to reach a diplomatic resolution to the Russia-led conflict in Eastern Ukraine.  We also value the CPC’s support to the 5+2 Settlement Process on the Transnistrian Conflict, as well as for the Geneva International Discussions on the Conflict in Georgia.  We call on Russia to enable the OSCE Mission to Moldova to access the Cobasna weapons depot in the Security Zone and to implement its obligation and commitments under the 2008 ceasefire agreement in Georgia, including to withdraw its troops from Georgia’s sovereign territory.  The Minsk Group Co-Chairs and the Personal Representative of the Chair-in-Office also rely on valuable support from the CPC as they help the sides negotiate a peaceful settlement to the Nagorno-Karabakh conflict.

OSCE’s invaluable field operations provide balanced and objective assessments of the situation on the ground.  How can their contributions to early warning be strengthened, so we can make informed decisions about OSCE responses in times of emerging crises or conflicts?  The OSCE field operations in Southeast Europe continue to promote peace and security.  Regrettably, however, other field operations have been under considerable pressure in recent years to restrict the implementation of their mandates.  The Special Monitoring Mission in Ukraine, for example, routinely has its movement restricted by Russian and Russian-led forces, preventing the monitors from observing and reporting on their aggressive activities along the Line of Contact.  Others have been shut down completely.  In Central Asia, the OSCE field operations play an important role in fostering the implementation of commitments in all three dimensions of security, including by facilitating dialogue between governments and civil society.  We applaud the work of the Border Management Staff College in Dushanbe, and the OSCE Academy in Bishkek to advance regional cooperation, particularly in light of the evolving situation in Afghanistan.  We would like to hear from the Central Asian delegations on how the OSCE can help their countries strengthen our shared border security goals while upholding human rights and promoting humanitarian treatment for refugees.  It is my government’s view that if a participating State seeks an OSCE mission or field presence on its territory, the members of this community should do their utmost to support that request.

Ambassador Yrjöla, as custodian of the Ministerial Council decision 3/11 on “Elements of the Conflict Cycle,” we look forward to a dialogue with the CPC on how we can further strengthen the OSCE’s toolbox and we would welcome your suggestions.  The U.S. delegation looks forward to deliberations on involving more women in all phases of the conflict cycle.  We have also advocated for a mechanism to quickly deploy fact-finding teams to strengthen the OSCE’s crisis response.  We call on all participating States to find the political will to use our toolbox.

In conclusion, I would like to commend the efforts of the CPC, and thank you and your professional team for its valuable work.