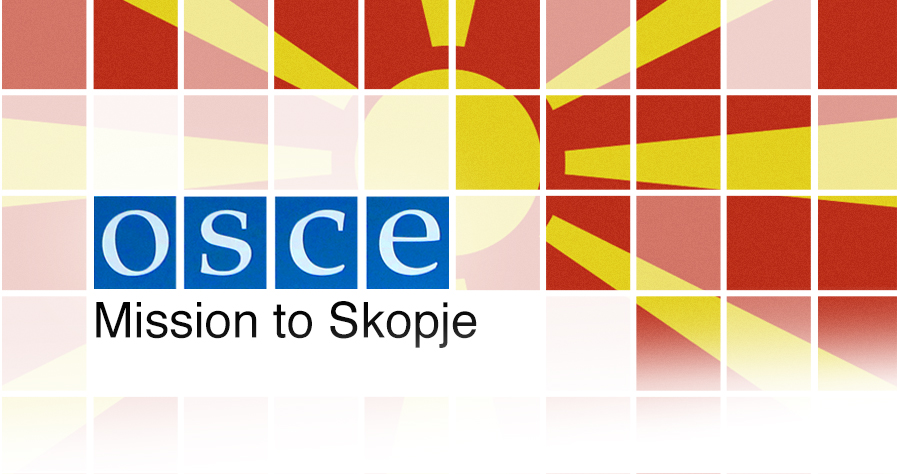 The United States welcomes back Ambassador Koja to the Permanent Council.  Thank you, Ambassador, for your thorough report and its timely submission.  We also appreciated the opportunity to hear from you during yesterday’s informal briefing.  We also appreciated you including a beneficiary of the OSCE’s programs.  That person was Marina Tuneva from the Council of Media Ethics at your informal briefing on Wednesday.  It was helpful to hear how the Mission works with local stakeholders to implement your mandate.

We wish to begin by congratulating North Macedonia on completing its NATO accession process and becoming the 30th member of NATO.  Likewise, the United States welcomed the European Council’s decision to open negotiations with North Macedonia in March of this year.  The citizens of North Macedonia have waited nearly three decades to see their country take its place among the Euro-Atlantic institutions.  North Macedonia is a shining example to others in the western Balkans that the hard work of implementing reforms is in fact rewarded.

The United States applauds the critical role the OSCE Mission in Skopje has played in helping North Macedonia on its chosen democratic path.  The work is far from over, but such successes should be celebrated.

The United States commends the citizens of North Macedonia for their participation in last week’s parliamentary elections, which were conducted during a challenging time.  Prior to the election, the OSCE Mission in Skopje provided useful reporting on the political situation in the country.  We understand from ODIHR’s Special Election Assessment Mission the elections were generally administered effectively, but unresolved issues with the electoral law and process remain.  We know your Mission will continue to be a steady presence as coalition talks begin and a new government is formed.

As you note in your report, the CoViD pandemic and the unprecedented months of a caretaker government were obstacles.  The United States was impressed with your quick action and attention to the new issues that arose during the pandemic – such as documenting sanctions against those who violated restrictions, the restriction of movement and assembly during the state of emergency, and the impact of the crisis on the economy, as well as the effects of postponing elections.

Your Mission also assisted the government in its efforts to combat domestic violence, supported civil society in helping the most vulnerable, and provided technical help to the State Electoral Commission in organizing elections, and more.  The United States knows your Mission will continue to work diligently on improving inter-ethnic relations, building trust in state institutions through anti-corruption activities, addressing transnational threats, and strengthening rule of law in the country.

Mr, Chairperson, if I may add something, last year I attended a diplomatic retreat for the U.S. Ambassadors in the Western Balkans in Skopje with my wife, Roxane.  While there, I had the chance to meet with this OSCE Mission and with the staff and leadership there and to learn about this Mission.  We were invited to go out and participate at a school that hosts an OSCE Mission program where hundreds of young children were working together from different ethnic communities.  The children gave a concert and worked very well together.  The new generations in Europe are putting aside some of the ethnic tensions that have existed previously.  Young people often see themselves just as young people. My wife and I watched rather closely to see if this was all just an act for the visiting delegation and concluded that the kids were doing just fine and working together very well.  This is a success of the OSCE leadership.

The Mission’s partnership with U.S. Embassy Skopje helped advance judicial transparency and accountability, and the Mission’s insights informed critical policy discussions on the state of North Macedonia’s judiciary.  For over three years, with the support of the State Department’s International Narcotics and Law Enforcement Affairs Bureau, the OSCE Mission observed hundreds of hearings pertaining to the former Special Prosecutor’s Office (SPO) cases.  The trial observers were a visible reminder of the importance of transparency and accountability in the courtroom.  It is an essential tenet of OSCE progress that the citizens of any country believe they will be treated fairly and impartially when they go to court.  It is the very essence of democracy.  Moreover, through regular reporting and monthly meetings, the trial observers provided invaluable insights into the challenges facing the SPO cases, mainly the efficiency and rapidity of the criminal proceedings themselves.  Systemic problems have hindered, and some continue to hinder, North Macedonia’s judicial system and the timely delivery of justice.

I’d like to take a moment to highlight the work of Ambassador Djundev and commend his effective leadership at the OSCE.  Igor, your country is undoubtedly proud to have you as a representative here to this significant international organization.  The United States will continue to work closely with the people and government of North Macedonia to help them on their path toward a stable and prosperous future as a multi-ethnic democracy fully integrated in Euro-Atlantic institutions.

Ambassador Koja, we thank you for your leadership during this challenging time, and your Mission’s continued outstanding work. You continue to have our full support in carrying out your important mission and you demonstrate the importance and success of the various OSCE programs in the region.