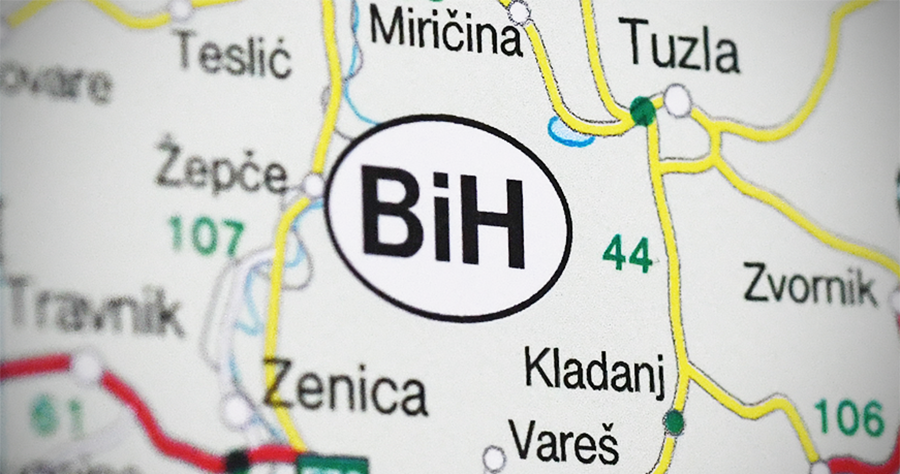 Response to the Report by Head of the OSCE Mission to Bosnia and Herzegovina, Ambassador Bruce Berton

The United States warmly welcomes Ambassador Berton to the Permanent Council for his first report as head of the OSCE Mission to Bosnia and Herzegovina. Mr. Ambassador, thank you very much for your timely, balanced, early, and informative report. I’d also like to extend my appreciation for the excellent informal briefing that you gave yesterday, having talked to my delegation and others who attended. It’s this combination of your detailed report, the informal briefings, the short discussion today that really gives the Permanent Council the level of information and the details we need to engage constructively and support you in your mission. So thank you very much for taking the time to do that yesterday.

The OSCE Mission remains vital to stability and reconciliation in Bosnia and Herzegovina. We are impressed by the scope and balanced nature of your team’s activities, including assisting with the implementation of reforms and strengthening the rule of law, democratic institutions, and the protection of human rights. As one of the main promoters of civil society, we support the OSCE Mission’s support for political and educational reform, and the promotion of the protection of human rights. As envisioned by the Dayton Peace Accords, your Mission’s work with the people and government of Bosnia and Herzegovina – including engagement in municipalities, cantons, and entities through its eleven thematic sections and nine field offices – delivers substantial benefits to the host country and its people.

Mr. Chair, 2018 marks a year in which the citizens of Bosnia and Herzegovina will make a number of important decisions. In October, citizens across the country will vote for a new parliament and three-member presidency, as well as for the presidents and legislatures of the two entities. The country needs genuinely free and fair elections, and the results must be implemented. But time is short. It is imperative that the parties set aside maximalist positions and work towards compromise on electoral reform and the impasse in Mostar. Unfortunately, we note the disruptive voices of individuals who continue to look backwards and speak of division, rather than of unity. Mr. Ambassador, as you highlighted in your report, Bosnia and Herzegovina has witnessed deepening nationalism and tensions, creating political instability. Together with the EU, and the United States, the OSCE Mission has been bringing together political parties to discuss electoral reform. We encourage the government to implement the recommendations made by the OSCE Office for Democratic Institutions and Human Rights on a new electoral law.

The United States worked closely with the OSCE Mission and the EU to promote education reform in Bosnia and Herzegovina. In December, we spoke with one voice in expressing concern about a fragmented administration, segregated institutions, and ethnically-oriented curricula in the school system. These impede reconciliation and perpetuate needless divisions. Together, the OSCE Mission, the United States, and the EU called on leaders at all levels of government and communities to make the necessary changes, as a moral imperative and economic requirement. Improving education across the region will better inform its youth and foster reconciliation. In light of this, we also encourage Bosnia and Herzegovina, and other host countries and stakeholders, to work with regional youth organizations to begin implementing change for a better future.

Mr. Chair, the United States also presented a united front with the OSCE Mission and the EU in Bosnia and Herzegovina’s fight against corruption, one of the main threats to the country’s prosperity. The United States donated $470,000 in extra-budgetary funds to the fight against corruption. With these funds, the OSCE monitored 160 corruption trials, and published a report detailing its observations and recommendations to address this problem. As you concluded in your report, Mr. Ambassador, while political leaders have made some commitments, not enough is being done across the country, especially in the area of conflicts of interest. Corruption-free public institutions are required to restore trust, improve governmental services, attract investors, and remove barriers to economic development.

In conclusion Mr. Ambassador, the United States remains a friend and partner of Bosnia and Herzegovina. We look forward to continuing our work with the government in Sarajevo and at all levels, as well as with citizens and civil society, to foster regional peace and prosperity. Thank you again for the tremendous work and dedication of you and your team. You and your team have our full support.