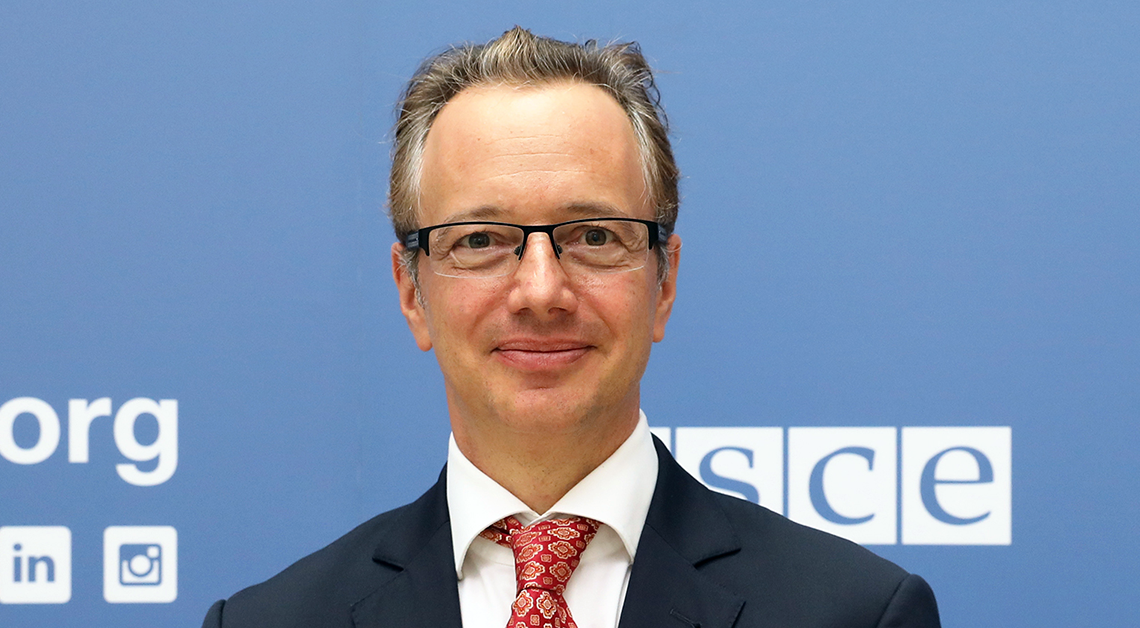 Response to the Head of the OSCE Mission to Moldova, Ambassador Claus Neukirch

As delivered by Chargé d’Affaires Harry Kamian
to the Permanent Council, Vienna
May 30, 2019

The United States welcomes you, Ambassador Neukirch, in your second appearance at the Permanent Council in this capacity.  We appreciate the detailed substance of your report to the Council – it’s a timely report that enables participating States to provide informed guidance to your Mission. So thank you very much for that.

The United States supports the 5+2 Format on the Settlement Process, as well as Moldova’s sovereignty and territorial integrity within its internationally recognized borders, with a special status for Transnistria.

Mr. Chairman, 20 years ago Russia committed at the 1999 OSCE summit in Istanbul to withdraw its military forces from Moldova.  Regrettably, Russia’s military forces remain on Moldovan territory without Moldova’s consent.  We call on Russia to honor its commitments by withdrawing its forces from Moldova.  Freedom of movement for all local inhabitants throughout the security zone must be a reality.

All barriers that serve as a border should be removed.  We support Moldova’s calls to convert peacekeeping forces into a civilian mission under an international mandate.  This would be an important step toward finally resolving this conflict.

In spite of the continued presence of Russian military forces, the sides made tremendous progress on the “Berlin Plus – Package of Eight” confidence-building measures before the parliamentary elections.  We welcome the parliament’s passage of legislative amendments on telecommunications and we urge the sides to implement this confidence-building measure and the remaining measures from 2017.  We agree it is time to begin discussions of core political and security issues in the third basket of the 5+2 agenda.  The United States reiterates our concern that the opening of a Transnistria office in Moscow distracts from the OSCE-led 5+2 Settlement Process. Actions that could erode trust and goodwill risk undermining the process, which is in no one’s interest. Human security issues also have languished long enough.  We also welcome the Transnistrian leader’s decision to withdraw his January 25 “decree” regarding Varnita village.

The OSCE Mission to Moldova plays a key role in sustaining an environment where tangible progress can take place.  The United States encourages you, Ambassador Neukirch, to help the sides implement the agreements and develop a second generation of deliverables.

We welcome your Mission’s readiness to conduct an independent assessment of the Cobasna weapons depot and to call on Russia to facilitate this.  The drawdown of munitions from Cobasna is necessary to increase transparency and to ensure the safety of nearby residents.

The recent incident at the Ribnitsa Metallurgical Plant is also of concern, and we encourage Moldova to work with the OSCE to remove dangerous pesticides and radioactive materials from this area.

Ambassador, we share your view that a democratic state and inclusive society in Moldova creates an environment conducive to the settlement process.  We urge Moldova’s parliament to reconvene the parliamentary working group and to consider legislation pertaining to the autonomous region of Gagauzia.

We value the Mission’s work assisting survivors of domestic and gender-based violence, promoting tolerance and the human rights of members of minority groups, training legal defenders, and promoting best practices in multilingual education.  Moldova has made strides through adoption of an action plan on Holocaust education and a national plan on the human rights of members of minorities.  The United States encourages Moldova to build on this momentum by implementing these plans, promoting inclusion of other marginalized populations like the Roma community and LGBTI persons, and combating hate speech while fully respecting freedom of expression.

Moldova’s parliamentary elections in February 2019 offered a renewed opportunity to demonstrate progress in building a solid democratic foundation.  Authorities should also consider the OSCE and Venice Commission recommendations for future elections, including clarifying elements of the electoral code.

Following the invalidation of the recent mayoral election in Chisinau, these reforms are even more pressing.

Thank you again, Ambassador, and your staff for your work to help advance the Transnistrian settlement process in the 5+2 format.  The United States is committed to working with Moldova as it builds an inclusive society and strengthens its democracy based on respect for the rule of law, human rights, and fundamental freedoms for all.