Home Home | News & Events | Response to the Head of the OSCE Mission to Montenegro: Statement to the PC 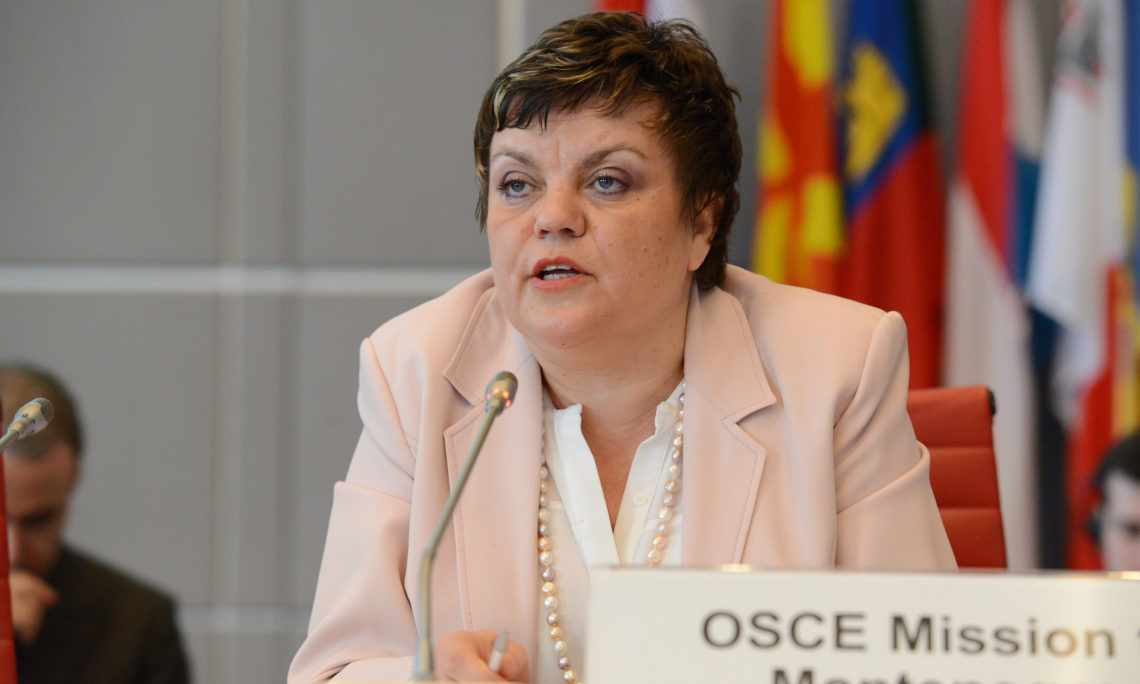 The United States welcomes Ambassador Hrebičkova back to the Permanent Council for another comprehensive and detailed report.

The United States strongly supports Montenegro’s Euro-Atlantic integration and NATO membership, which offer the best assurances for independence, security, and economic development. Montenegro’s membership in NATO will contribute to the stability of the Balkans and Europe. Ambassador Hrebičkova, we agree with your assessment that Montenegro achieved tangible progress in its EU accession process by opening six additional chapters.

As you noted in your report, the invitation from NATO marks an important milestone that required significant progress on broad-based reforms that improve rule of law. The United States commends Montenegro for establishing the institutions and frameworks that underpin democracy, strengthen civil society, and increase its ability to fight organized crime and corruption. Montenegro has demonstrated its commitment on these issues, both in Podgorica and here in Vienna, where Ambassador Milačić has shown leadership, particularly on upholding OSCE commitments regarding human rights and fundamental freedoms. These are important steps that require political courage and will. And as the Government of Montenegro has openly acknowledged, more work remains to be done.

Strengthening the rule of law remains an urgent need. Ambassador, we appreciate the supportive role your Mission has played in assisting the Ministry of Justice with its implementation of the Judicial Reform Strategy and Action Plan. Your Mission’s work with judges, prosecutors, police, and public information officers is having a direct effect on accountability and transparency. We commend Montenegro’s efforts to strengthen the fight against corruption, including the investigation and prosecution of several high-profile cases. The recent appointment of Dragan Radonjić as Chief of the Special Police Investigating Unit is a noteworthy development that will support additional investigations. We encourage the Government of Montenegro to continue its focus on anti-corruption by making the newly established Agency for Anti-Corruption fully operational and expanding its capacity to investigate, prosecute, and convict criminals.

Ambassador Hrebičkova, we share your concerns about the uncertain political situation and the lack of a clear path forward on breaking the political impasse. We are encouraged that a number of parties are coming together to implement legislation and policies that will continue to build trust in electoral outcomes. However, we should not discount the risk that disagreements among leaders and parties may devolve into deeper divisions that could impede Montenegro’s progress toward its national strategic objectives of Euro-Atlantic integration and NATO membership. The United States appreciates the ongoing work of the OSCE Mission to Montenegro to support political dialogue within the Parliament and other institutions, and we encourage your Mission to remain actively engaged.

We call on all political parties to work together to break the current impasse and jointly establish the conditions for elections that are free, fair, and open to international monitoring, including by the OSCE Office for Democratic Institutions and Human Rights and the OSCE Parliamentary Assembly. While we fully support freedom of expression and peaceful assembly, political resolution will only be reached through dialogue and a spirit of compromise by all sides, not through boycotts of parliament and violent protests.

Ambassador Hrebičkova, we appreciate the tremendous work of your staff and the OSCE Mission to Montenegro. At a time of heightened political tension in Montenegro, it is even more important for the Mission to maintain credibility. The Mission’s work in supporting the country’s advancement along its NATO and Euro-Atlantic path is vital; the Mission and its staff deserve sound leadership and effective management, and the engagement and support of the CPC and the Secretariat here in Vienna is appropriate.

In closing, let me underscore that the United States values deeply its friendship with the people and government of Montenegro. As Secretary Kerry said last year, “(We) will stand by you as you work together to further strengthen democratic institutions and the rule of law, promote economic development, respect human rights, and build an active and productive civil society.” We once again congratulate the people of Montenegro on receiving NATO’s invitation to join. The United States looks forward to continuing to work with your leaders in preparation for the Warsaw Summit in July, and in support of your overall accession process.

Thank you, Ambassador, and thank you, Mr. Chair.