Home Home | News & Events | Response to the Opening Address by the CiO and Minister for Foreign Affairs of Sweden, Ann Linde 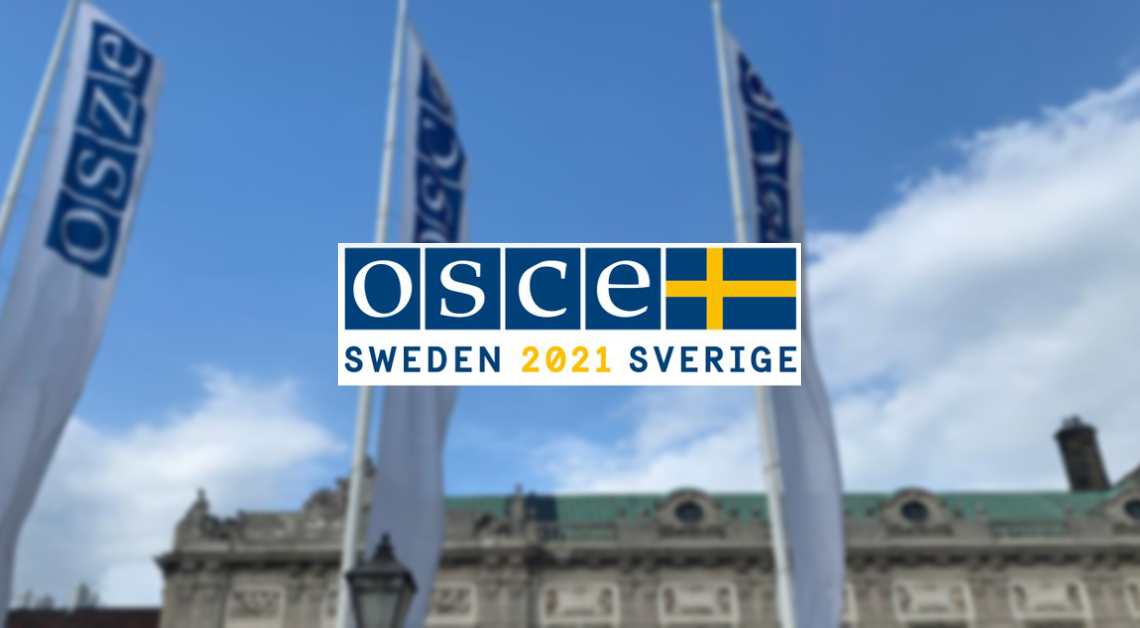 Response to the Opening Address by the CiO and Minister for Foreign Affairs of Sweden, Ann Linde

Response to the Opening Address by the CiO and Minister for Foreign Affairs of Sweden, Ann Linde

Foreign Minister Linde, the United States welcomes you to the Permanent Council as OSCE Chair-in-Office for 2021.  I do want to begin by addressing the storming of the U.S. Capitol on January 6 in Washington D.C., which aimed to disrupt the work of America’s elected representatives.  As Secretary Pompeo said, lawlessness, rioting, and violence are always unacceptable.  Representatives from across the U.S. political spectrum have called for those responsible to be held to account under law, and that process is ongoing.  Our democratic process in the United States will continue.  President-elect Biden will be inaugurated on January 20.  Our democracy has been tested in the past, and it will be tested again in the future.  That we are tested, should never cause anyone – allies, friends, or anyone who chooses to become an adversary – to doubt the strength of America’s democratic institutions or our people.  We appreciate the words of friends and partners around the world who expressed their faith in the strength of the United States’ democracy – including yours, Foreign Minister Linde.

Foreign Minister Linde, we welcome your clear statement of your top priorities for the OSCE in 2021 and look forward to working together on these important issues.  The first of these is to safeguard the European security order by defending and championing the principles of the Helsinki Final Act and the goals of the Paris Charter.  We agree that this should be our overarching priority this year.  Unless we all demonstrate the political will to abide by these principles and commitments, the Organization overall becomes weaker and less effective, and the peace and security of the OSCE region would be in jeopardy.

Unfortunately, today, one participating State continues to show contempt for the OSCE’s foundational principles through repeated, blatant, purposeful challenges to the resolve of this Organization.  I note the different approach that is being taken now to regional security by Russia, considering that OSCE principles and the Final Act were established together with Russian leadership.  But we see this change now in Russia’s ongoing aggression in Ukraine, its occupation of parts of Georgia, its continued military presence in Moldova, its support for the ongoing crackdown in Belarus, its deepening repression within its own borders and malign activity abroad, and its increasingly sophisticated use of hybrid methods to undermine security and democratic systems.  These efforts directly flout one of the core principles we all committed to uphold in 1975: to respect the sovereignty and territorial integrity of every participating State.

In Crimea, Moscow continues to actively punish those who oppose its occupation, notably Crimean Tatars and ethnic Ukrainians.  The United States will never recognize Russia’s purported annexation of Crimea and will continue to hold Russia accountable for its aggression in Ukraine.  Whatever security advantage Russia thinks that it has achieved it has been at the sacrifice of the approaches of member States and the view of member States toward the Russian Federation as a result of its activities in Crimea, and this is in fact a price that has been paid.

Foreign Minister Linde, we welcome Sweden’s plan to reappoint Ambassador Heidi Grau as Special Representative in Ukraine and in the Trilateral Contact Group.  We reaffirm our strong and unwavering commitment to the Special Monitoring Mission, whose presence and reporting on daily activities of violence has helped stabilize that conflict.  We owe it to the SMM leadership, to all of the brave monitors, and to everyone with an interest in a strong European security environment to ensure the Mission can operate freely and without hindrance so it may carry out the mandate established by this Permanent Council.

Another of Sweden’s stated priorities for 2021 is to work towards resolving the conflicts within the OSCE area.  You have the strong support of the United States in these efforts.  As you said earlier this month, Foreign Minister Linde, “the OSCE can serve as a crucial multilateral platform to tackle these challenges and build stronger societies together.”

We need to maintain special focus on the situation in Belarus and press for progress on the recommendations of the Moscow Mechanism report.  We continue to strongly support Sweden and Albania’s joint efforts to facilitate a genuine dialogue, which would include representatives of the Belarusian Coordination Council.  The so-called “All Belarusian People’s Assembly” which is being planned for February appears to fall dramatically short of a genuine dialogue within that country.  The OSCE is well-positioned to support the democratic aspirations of the Belarusian people if given the opportunity to engage.

The United States also welcomes Sweden’s support for the efforts of the Minsk Group Co-Chairs to help the sides negotiate a long-term political settlement of the Nagorno-Karabakh conflict.  We appreciate Sweden’s invitation for Ambassador Andrzej Kasprzyk to continue his work, and welcome Swedish Colonel Claes Nilsson’s appointment as Head of the High-Level Planning Group.

Foreign Minister Linde, we strongly believe we must make advances this year in the OSCE’s political-military dimension.  The United States is honored to serve as the Chair of the Forum for Security Cooperation for the first trimester of this year, and we hope we can advance our shared goals with respect to the European security order.  A lack of military transparency and predictability fuels mistrust and risks dangerous misunderstandings.  For this reason, the United States joins the Swedish CiO – as well as the overwhelming majority of participating States – in committing to modernizing the Vienna Document.  We are also pleased to convene the February 9-10 High-Level Military Doctrine Seminar held every five years among participating States’ military leadership.  The United States welcomes Sweden’s interest in strengthening OSCE’s activities on the Women, Peace, and Security agenda.  In parallel, we continue to support the Structured Dialogue as a venue for frank exchanges on both current and longstanding security challenges and evolving threat perceptions.

We strongly welcome Sweden’s third stated priority, Foreign Minister Linde, to highlight the OSCE’s concept of comprehensive security, with special emphasis on democracy, equality, and freedom of speech, including for members of the media.  Nowhere are our efforts on these principles more visible than at the OSCE’s annual Human Dimension Implementation Meeting, or HDIM.  We could not hold this meeting as intended in 2020 due to the pandemic.  I know Sweden shares the U.S. view that HDIM must be held this year.  It is a pivotal part of the work we do.  In addition, we need to ensure undiminished civil society participation in HDIM and other OSCE fora.

We also look forward to cooperation in the Second Dimension and believe it can be an area of demonstrated meaningful OSCE action on areas such as environmental security, women’s economic empowerment, and anti-corruption.  On that front, we welcome Sweden’s intention to support the U.S. University of Washington Professor Anita Ramasastry as the new Special Representative on Combatting Corruption.

Of course, all these efforts require sufficient resources.  Consistent with the goals and principles that we have reiterated regularly, the United States supports the latest revision of the 2021 Unified Budget put forward by Sweden.  This represents a shift in the United States’ policy as a commitment to programs and to the people who do the work of the OSCE, particularly in the Secretariat and in the other organizations.  I remind people that former Secretary General Thomas Greminger was an eloquent spokesman for the sufficient funding of the OSCE, and while the United States has not adopted his approach in its entirety, he was very persuasive in his support for the OSCE.

Although we continue to see zero nominal growth as the optimal outcome, exceptional times demand exceptional measures, and we want to ensure that the Organization and its new leaders have a firm financial foundation to deal with the significant challenges currently threatening our common security.  It is our hope that the participating States will come to consensus on the budget soon.  If the United States is to adopt this exception, which will result in the United States providing additional funding, then we expect similar flexibility, cooperation and commitment in the support of this budget.

Madam Foreign Minister, the United States will work closely with the Swedish Chair to defend OSCE mission mandates, implement our collective decisions, and ensure that all participating States live up to our shared principles and commitments.  We wish Sweden every success in 2021.

Madam Chair, please attach this to the Journal of the Day.