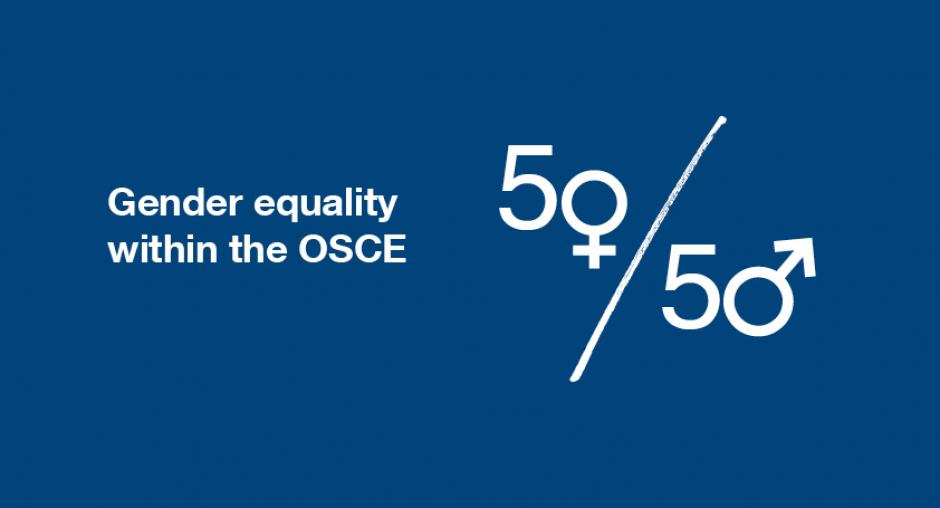 Thank you, Secretary General, dear Helga, for your exemplary report on implementation of the 2004 Action Plan for the Promotion of Gender Equality.  I also want to congratulate the recipients of this year’s Gender Champion award:  Valiant Richey, Oleksandr Vodyannikov, Elmaja Bavcic, and the EED Team of the Programme Office in Bishkek.

Efforts to promote Women, Peace, and Security (WPS) and gender equality are urgently needed across the OSCE. As Secretary Blinken said recently, “history shows that the meaningful inclusion of women in peace and security processes leads to more successful peace agreements, promotes stability, and strengthens U.S. national security. Through the implementation of the Women, Peace, and Security (WPS) Act of 2017 and ongoing support for UN Security Council Resolution 1325, the United States continues to advance the full, equal, and meaningful participation of women, in all their diversity, across diplomatic and foreign policy engagements.”

Building more just and equitable societies at home and abroad is a priority for the Biden-Harris Administration.  President Biden established the U.S. Gender Policy Council last year to strengthen gender equity and equality through a wider lens, including through more inclusive economic security, health, and education policies.  As the first country in the world to enact the Women, Peace, and Security agenda into our law and backed by implementation strategies in the Departments of State, Defense, and Homeland Security as well as the U.S. Agency for International Development, the United States continues to be a leader in this field.

That said, there is always room for improvement.  The United States is constantly seeking to narrow the gaps in gender equity and equality, and we are focusing on reducing gender-based violence, including the potential negative impacts of internet-facilitated violence.  On March 16, the United States, together with participating States and Partners for Cooperation Australia, Denmark, the Republic of Korea, Sweden, and the United Kingdom, launched the Global Partnership for Action on Gender-Based Online Harassment and Abuse to prevent and address technology-facilitated gender-based violence.  We welcome Canada to this Partnership and encourage other participating States to join.  We are also encouraged by OSCE programs that address this issue, such as the RFoM’s initiatives focusing on the safety of female journalists online, and would like to see these efforts mirrored in the activities of other OSCE institutions and field missions.

The United States continues to steadfastly support implementation of the 2004 Ministerial Action Plan on Promoting Gender Equality, as well as gender-related commitments in all three dimensions.  Indeed, under the capable stewardship of the Swedish Chairpersonship, the OSCE made great strides in promoting gender equality and WPS in our conflict prevention, management, resolution, and rehabilitation efforts.  In May 2021, the United States supported a scholarship for 131 young women and 29 young men to learn more about arms control and disarmament at the OSCE.  The Networking Platform for Women Leaders Including Peacebuilders and Mediators, launched by the Secretary General in December 2021, is helping to give visibility and a voice to women throughout the OSCE area.  Dozens of OSCE events, projects, and networks of participating States, such as WIN, the Network of Women Ambassadors, and the Women in the First Dimension Network, have illustrated what we can accomplish through an inclusive approach.  These successes continue to pay dividends this year as we work with the Polish Chair to collectively address the gendered aspects of Russia’s brutal aggression against its neighbor, Ukraine.

The OSCE has taken strides toward gender equality within the ranks of executive structures and field operations, with women making up 34% of the workforce in 2021.  However, more needs to be done, especially in terms of the recruitment and retention of female staff.  We call on all participating States to put forward diverse fields of candidates for secondment, and especially for HOMs.  I’m pleased to say we have improved our own performance as nearly 50 percent of our secondment nominees in 2021 were female.

In closing, I would like to thank the Secretary General and her able team of gender advisors, and indeed, all the women and men of the Organization, for their tireless work to promote gender equality and to advance the WPS agenda.