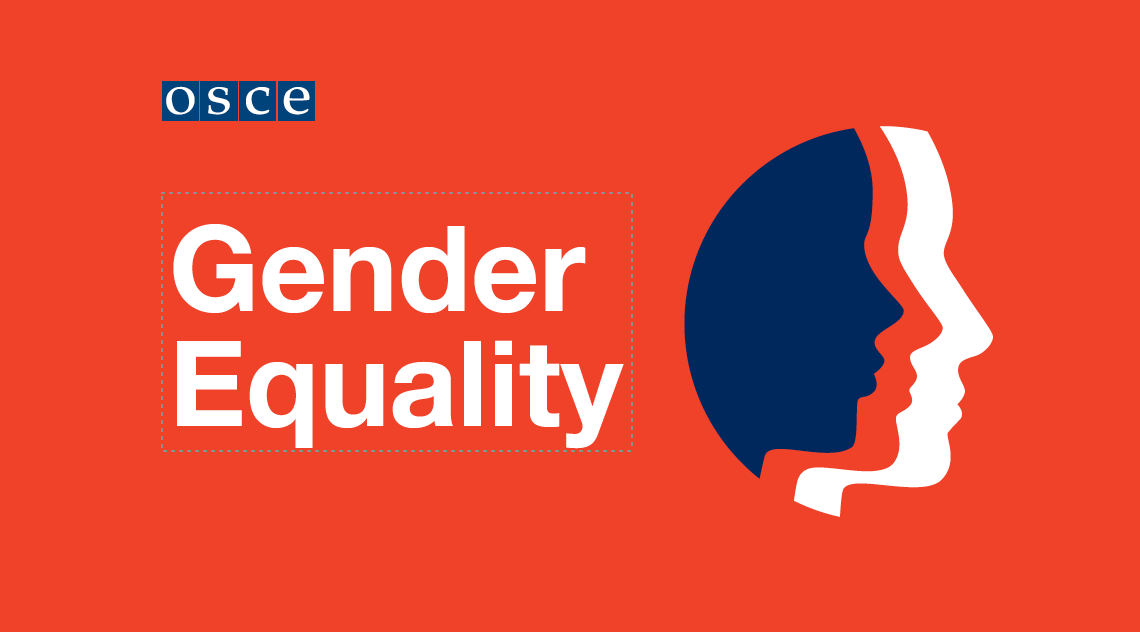 For the first time, the participating States selected a female Secretary General and two female Heads of Institution out of four. (OSCE Graphic)

The United States thanks you, Secretary General Schmid, for your first report to the Permanent Council on the implementation of the 2004 Action Plan on the Promotion of Gender Equality.  We appreciate your honest assessment of our achievements and the gaps that still need to be addressed.

Strong, democratic, and fully inclusive institutions are the foundation of security.   As Vice President Kamala Harris declared in a message to the Generation Equality Forum in Paris, “democracy is strongest when everyone participates, and it is weaker when people are left out.”  The United States joined the global Compact on Women, Peace, and Security and Humanitarian Action.  We are pleased the OSCE joined the Generation Equality Action Coalitions on Gender-Based Violence, Economic Justice, and Gender and Technology, and the global Compact, to better support participating States in implementing OSCE commitments in these areas.

The United States is firmly committed to advancing gender equality; President Biden established the White House Gender Policy Council to take a whole-of-government approach to advancing gender equity and equality in both domestic and foreign policy development and implementation.  The GPC covers a range of issues—economic security, health, gender-based violence, education, and much more.  We are also strong advocates for advancing the Women, Peace, and Security agenda.  On July 1, the State Department, together with the Departments of Defense and Homeland Security and the U.S. Agency for International Development, released the first public report on the implementation of our national Women, Peace, and Security strategy.  Between 2019 and 2020, the State Department supported the work of 14,000+ women engaged in peace and reconciliation, trained 43,000+ women in the security and criminal justice sectors, and supported access to gender-based violence prevention and response services for 487,922 individuals globally.

The U.S. Mission steadfastly supports Women, Peace, and Security initiatives here at the OSCE.  The United States has provided substantial financial support for the extra-budgetary project WIN: For Women and Men in conducting capacity-building and networking roundtables for women peacebuilders in Ukraine.  We encourage other delegations to contribute to the WIN project.

Of course, advancing the WPS agenda is only one aspect of the OSCE’s work to promote gender equality.  This Organization, through its independent institutions, thematic units, and field operations is deeply involved in promoting real progress towards gender equality.  We applaud efforts to draw attention to women’s roles in water management, to support meaningful women’s political participation, to enhance women’s economic empowerment, and to prevent and respond to gender-based violence.

As noted in the report, the pandemic slowed progress toward gender equality.  Domestic violence increased, women and men left or were pushed out of the workforce, access to education was limited and often curtailed for months at a time.  The disproportionate impact the pandemic has had on women and girls is stark.  We commend the OSCE and its field operations for quickly responding to help host countries address these challenges—while working in challenging circumstances themselves.  The OSCE’s independent institutions and thematic units quickly identified growing risks to security and adapted their programming; demonstrating the although OSCE can be nimble in responding to security threats—this is not always the case.

Madam Chair, for the first time, the participating States selected a female Secretary General and two female Heads of Institution out of four.  For the first time, a Secretary General appointed women to four out of eight director-level positions.  We also note the increase of women in senior management from 29 percent in 2019 to 42 percent in 2020.

We urge you to improve gender balance in the middle management level of Organization, where it is still lacking.  The results of the 2018 Safe Spaces Survey were an alarm bell and a call to action.  As you reported, much has been done through awareness-raising and training on gender sensitivity to address harassment, including sexual harassment.  We recognize that updates to the internal staff Code of Conduct and staff instructions are needed to put your zero-tolerance policy into effect.  We ask you to introduce these proposals to the Advisory Committee on Management and Finance without delay.