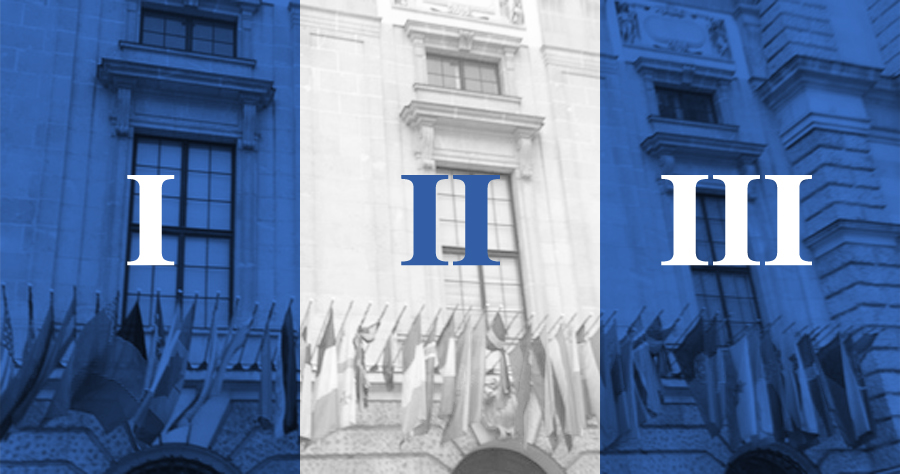 Response to the Presentations by the Chairpersons of the Security Committee; the Economic and Environmental Committee; and the Human Dimension Committee

The United States welcomes the distinguished First, Second, and Third OSCE Dimension Committee Chairs to the Permanent Council.  Thank you, Ambassadors Bush, Raunig, and Karlsen, for your leadership and collaborative approach with participating States, in coordination with the Swedish Chair-in-Office.  The United States looks forward to a productive year ahead.

Ambassador Bush, the United States welcomes your re-appointment as Chair of the Security Committee given your success in motivating participating States to move forward on key goals to strengthen the collective security of the OSCE region.

The work of the Security Committee is of vital importance to us all.  The United States is pleased we reached consensus on the Declaration on Strengthening Cooperation in Countering Transnational Organized Crime at the 2020 Ministerial Council, the first text on this topic to reach consensus in the Security Committee since 2016.  We view this achievement as a starting point.  There is more we can do in this area, and I know the UK and the Swedish Chair have made fighting organized crime a priority in the First Dimension in 2021.  You have strong U.S. support.

We welcome the UK’s workplan for the Security Committee for 2021.  Your collaborative approach in developing this plan elicited thoughtful contributions from participating States.  We strongly support the UK’s overarching theme of innovative and dynamic discussions centered on addressing transnational threats while maintaining full adherence to obligations under international law to respect human rights and fundamental freedoms, including freedom of expression.

We look forward to making progress in areas of technical cooperation where we can all agree.  The United States views improving our Passenger Data Sharing capacity and cooperation among law enforcement agencies as critical in making 2021 as productive as possible in the Security Committee.

In the Second Dimension, we welcome the appointment of Permanent Representative Raunig as 2021 Committee Chair and reiterate our thanks to you and all who spearheaded the Committee’s work during a tumultuous 2020.  Thank you, Ambassador Raunig, for providing the firm stewardship of the Committee leading to our success in achieving consensus on a Ministerial Council Decision to combat corruption.  We welcome your appointment to permanently chair the Committee in 2021 and will do our utmost to support your efforts.

The United States looks forward to expanding our engagement in the Second Dimension, to include an focusing on the Swedish Chair’s emphasis on Women’s Economic Empowerment and Environmental Security.

On the environment, let me take a moment to describe the approach we will be taking in 2021.  On the first day of the new U.S. administration, President Biden signed the instrument allowing the United States to officially become a Party to the Paris Agreement.  The President placed climate change at the center of U.S. foreign policy, diplomacy, and national security.  The President’s ambitious goal for the United States is to achieve a carbon pollution-free electricity sector no later than 2035 and net-zero emissions, economy-wide, by no later than 2050.  As we prepare our emissions target under the Paris Agreement and develop a climate finance plan, we are reengaging the global community on this shared challenge.

President Biden has appointed former Secretary of State John Kerry as the first-ever Special Presidential Envoy for Climate.  He has hit the ground running in the past several weeks.  On April 22, President Biden will host a virtual Leaders’ Climate Summit to raise ambition to meet the climate challenge and to work toward a successful COP26 in Glasgow.

The United States will engage actively on the proposed environmental topics for discussion in the Committee per this year’s workplan as presented by the Chair.  The link between our security and climate change and related environmental challenges deserves sustained and serious discussion.  Our goal should be to collectively determine how the OSCE can best address what has rapidly become an existential threat to us and future generations.  We urge all delegations to participate with the goal of clarifying areas of agreement and collaboratively forge a constructive path forward.

Ambassador Karlsen, thank you for assuming leadership of the Human Dimension Committee at a time when we continue to face daunting Third Dimension challenges.  Civil society organizations and independent media are under pressure from the social and economic impacts of the pandemic.  Human rights defenders and independent journalists are the targets of governments that use the coronavirus pandemic as a cover for cracking down on the exercise of human rights and fundamental freedoms, including freedom of expression, and the right of peaceful assembly and association. The number of political and religious prisoners and detainees continues to grow.  Torture has yet to be eradicated in our region, and we must use the decision we all adopted last December to put an end to it.  We are pleased preparations are already underway to ensure the essential Human Dimension Implementation Meeting will take place this year.

On February 4, President Biden reaffirmed the U.S. commitment to defend the dignity and human rights of all the world over—of women and girls, LGBTQI+ individuals, individuals with disabilities, persons of every race, ethnic background, and religion.  We look forward to substantive discussions on all of these issues at HDIM and throughout the year, as well as to constructive engagement with you, Ambassador Karlsen, and with all participating States.

Chairs, the United States deeply appreciates the work and thought you and your teams devoted to starting off the new year with robust action plans to ensure the OSCE is well-positioned to tackle the many problems and opportunities in our region.