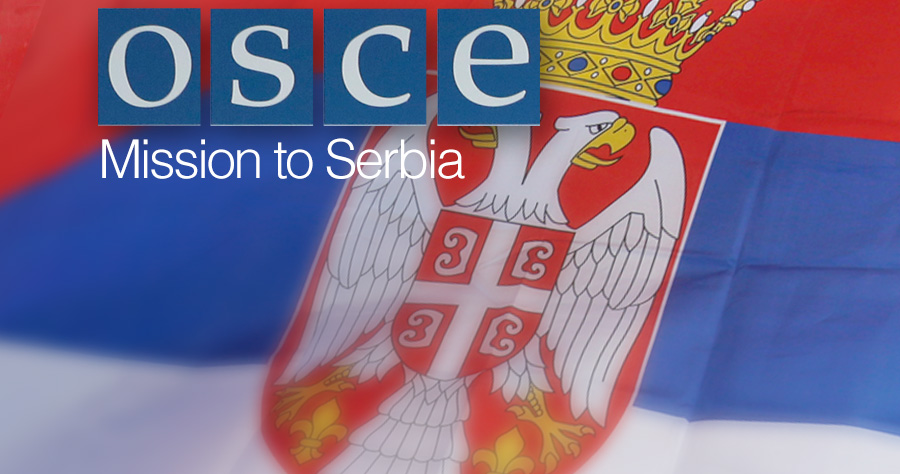 The OSCE logo over the flag of Serbia (Photo: AP)

Response to the Report by Head of the OSCE Mission to Serbia, Ambassador Andrea Orizio

Ambassador, the United States welcomes you back to the Permanent Council and expresses our appreciation for your detailed and comprehensive report. We commend your close and collaborative relationship with the Serbian people, their civil society organizations, and their government.

Mr. Ambassador, regional security in the Balkans and Serbia’s efforts to integrate into Europe depend on normalizing relations with Kosovo. The United States remains firmly committed to the EU-facilitated Dialogue between Belgrade and Pristina. We urge both sides to overcome existing obstacles in this process, refrain from creating new ones, fully implement existing agreements, and push to conclude an agreement to normalize relations with mutual recognition at its core. The United States agrees with the Serbian people that their future lies in Europe, and we encourage the government to make the difficult, but necessary reforms to get there. We also welcome Serbia’s constructive partnership and cooperation with NATO.

The Mission you lead, Ambassador Orizio, concentrates its efforts in areas that are we believe are key to Serbia’s future, namely bolstering media freedom and supporting judicial independence. We welcome your assistance to Serbia as it amends its Constitution to safeguard judicial independence. We also applaud your Mission for providing its expertise to the government of Serbia as it develops a new Media Strategy. A lack of transparency of media ownership, continuing government involvement in media ownership, and threats and attacks on journalists have undermined the exercise of freedom of expression in Serbia.

Mr. Ambassador, we are also pleased by Serbia’s progress in many areas of mutual concern for OSCE participating States. We welcome the passage of important legislation to combat corruption, enhance cyber security, uphold the human rights of members of minority groups, and protect the environment. There is still work to be done, particularly in protecting and strengthening civil society and fighting organized crime and corruption. The protests over the past few months are an indication that the people of Serbia do not believe their voices are being adequately heard. OSCE efforts to implement community policing and promote a free and vibrant environment for independent media are also critical in addressing these concerns.

Mr. Ambassador, the United States welcomes your Mission’s regional approach, especially its focus on youth. The journalist exchange with Albania, the Dialogue Academy for Young Women, the Women of the Balkans for New Politics Initiative, and other efforts are excellent examples of building person-to-person relationships and partnerships in the region.

Mr. Ambassador, the United States remains a friend and partner of Serbia and your Mission. We look forward to continued cooperation with the people and government of Serbia to foster regional peace and prosperity. Thank you again for the work and dedication of you and your team. You have our full support.