Home Home | News & Events | Response to the Report by the Head of OSCE Mission to Moldova, Ambassador Claus Neukirch 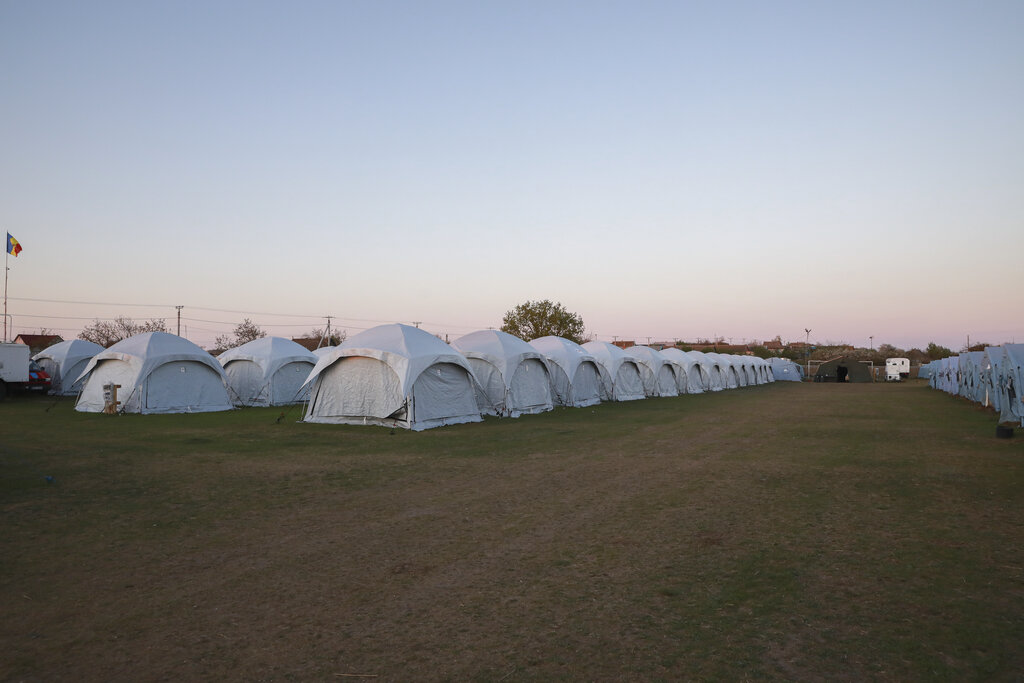 A camp setup up for refugees arriving from Ukraine to Moldova at the Palanca border crossing. (AP Photo/Aurel Obreja)

Response to the Report by the Head of OSCE Mission to Moldova, Ambassador Claus Neukirch

Ambassador Neukirch, welcome back to the Permanent Council.  We greatly appreciate your timely briefing and your Mission’s extensive report.  We also thank your team for supporting the rapid evacuation of members of the Special Monitoring Mission via Moldova.

Russia’s savage attack on Ukraine and the Kremlin’s blatant disregard for the sovereignty and territorial integrity of other participating States has upended the European security order.  Indeed, we haven’t encountered this magnitude of a challenge to the rules-based international order since the Second World War.  While our focus in this Council is rightly on the war against Ukraine, we must not forget that in addition to the daily horrors perpetrated by Russia’s forces in Ukraine, for more than two decades, Russia has continued to station its troops in Moldova without Moldova’s consent.  This is a clear contravention of the Helsinki Final Act and of international law.

As we all know, Russia committed to withdraw its forces and equipment from Moldova at the 1999 Istanbul Summit.  Lack of progress on this issue, which the Mission is mandated to monitor, and of transparency regarding the movements of Russia’s forces and military equipment, are a matter of concern to all OSCE participating States.  The Mission’s monitoring activities are crucial to facilitating transparency and providing objective information on what is happening on the ground, particularly on the left bank of the Dniestr/Nistru river.  This is all the more concerning given the unexplained explosions in Tiraspol and Maiac earlier this week.  We expect the Mission will closely monitor and investigate these incidents, consistent with its mandate.

We echo your calls for lowering tension and keeping peace and stability.  We also call on all parties, including Russia, to facilitate immediate Mission access to all sites of concern.  This includes monitoring of the Cobasna munitions depot, as well as those munitions that have been transferred to the Tiraspol airbase.  The United States stands ready to work with the Mission and other international partners to facilitate – under OSCE aegis – the removal or disposal of ammunition and armaments that are stored at Cobasna.

Mr. Chair, we commend the Government of Moldova for its generous humanitarian response to Russia’s brutal war against Ukraine, including its support for over 400,000 refugees.  It is a simply astounding fact that approximately ten percent of students attending school in Moldova right now are refugees from Ukraine.  The task of supporting these refugees is enormous, and the United States will continue to support Moldova in this effort.  The United States has provided more than $30 million in humanitarian assistance and more than $100 million in additional support to help Moldova address the immediate and long-term impacts of Russia’s war against Ukraine.

We also welcome Moldova’s efforts, in concert with the OSCE and other international partners, to prevent and respond to the increased risks of trafficking in human beings and gender-based violence, including conflict-related sexual violence.  The international community must remain vigilant on both counts, and I know you are focused on these challenges and we look forward to supporting you however we can as you develop projects in these areas.

The United States strongly supports the Mission’s work to help Moldova strengthen and consolidate its democratic institutions, and we salute the Moldovan government for embracing this goal with urgency, particularly in the area of fighting corruption and implementing rule of law reforms.  We are proud to be helping Moldova build an inclusive and democratic society based on respect for rule of law, human rights, and fundamental freedoms, which support the country’s aspirations for membership in the European Union.  We applaud the Mission’s efforts to help Moldova advance the Women, Peace, and Security agenda; promote Holocaust remembrance; conduct free and fair elections; and facilitate justice reform.  We are also pleased to see the resumption of the interparliamentary Working Group on Gagauzia.

Finally, we remain concerned about the health of Oleg Horjan, who began a hunger strike in November to protest his detention in Transnistria.  We welcome the “pardoning” of opposition leader Sergei Mirovici by the de facto authorities, and call on them to release all those who have been unjustly detained for exercising their human rights and fundamental freedoms.

In conclusion, Mr. Chair, the United States remains committed to supporting a sovereign, democratic Moldova, firmly anchored in Europe, secure within its internationally recognized borders, and enjoying the benefits of effective and accountable government.  We thank your Mission for assisting in the realization of these goals.