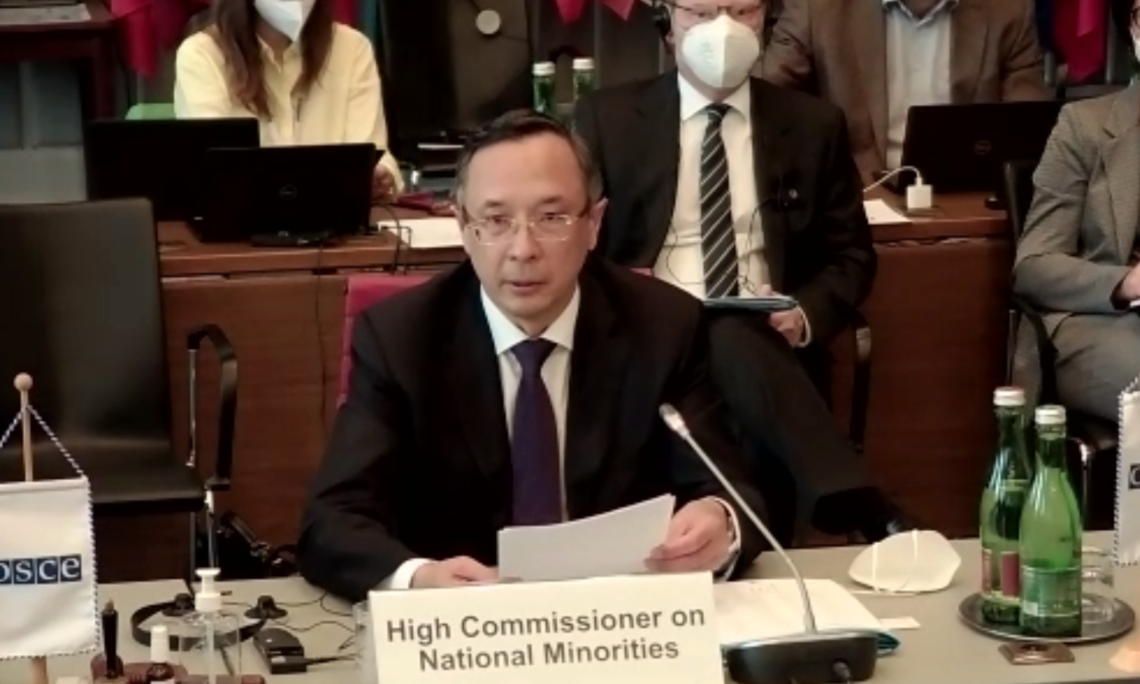 High Commissioner Abdrakhmanov, we warmly welcome you back to the Permanent Council.  The United States values the role of the High Commissioner on National Minorities and your recognition of the fundamental link between comprehensive security and full enjoyment of human rights by members of minority groups.  We urge you to continue to underscore the unique and intersectional challenges faced by minority women through quiet diplomacy and frank dialog.

Ambassador, we applaud your sustaining in-person engagements with participating States during the pandemic, including your October visit to the United States where you met with the Department of State, the U.S. Helsinki Commission, and civil society to discuss issues related to diversity and social inclusion.

As it is well known, the United States  was founded on an idea:  that all of us are created equal and deserve equal treatment, equal dignity, and equal opportunity throughout our lives.  Throughout our history — though we have always strived to live up to that idea and have never walked away from it — the fact remains that we have fallen short many times.  As a country governed by the rule of law, the United States’ justice system is taking action to seek accountability, including through fair and impartial investigations of crimes against all minorities, which are carried out at the federal and state levels.

In reference to your report, we also commend your partnership with Moldova to support progress on its National Strategy for Consolidation of Inter-ethnic Relations.

The United States remains concerned about the treatment of the Polish minority in Belarus in the context of the Lukashenka regime’s repression of Belarusian citizens who actively support the pro-democracy movement.

During your travel to Ukraine, while we are pleased you were able to meet with Crimean Tatars, and members of other religious and ethnic minorities, and civil society in Kyiv, we remain concerned by the lack of access to Russia-occupied Crimea for your office, independent international observers, and independent media.  We call on the occupier, Russia, to provide this access without any preconditions.  Crimea is Ukraine.

We encourage your continued close monitoring of the situation at the Kyrgyz-Tajikistan border in the wake of April’s clashes and your views on how to prevent flare-ups in the future.

We look forward to the presentation of the 2020 Max van der Stoel Award to the Pavee Point Traveller and Roma Centre based in Ireland in recognition of the Centre’s work throughout the OSCE region.

We are pleased that Senator Ben Cardin and other high-level officials will address tomorrow’s 15th Anniversary Conference on the HCNM’s first recommendations, On Policing in Multi-Ethnic Societies.

The United States strongly supports the independence and mandate of the office of the High Commissioner.  We appreciate your thoughtful presentation of your priorities and budget for 2022 and encourage your continued engagement with OSCE participating States, its institutions, and external interlocutors to advance your important work.