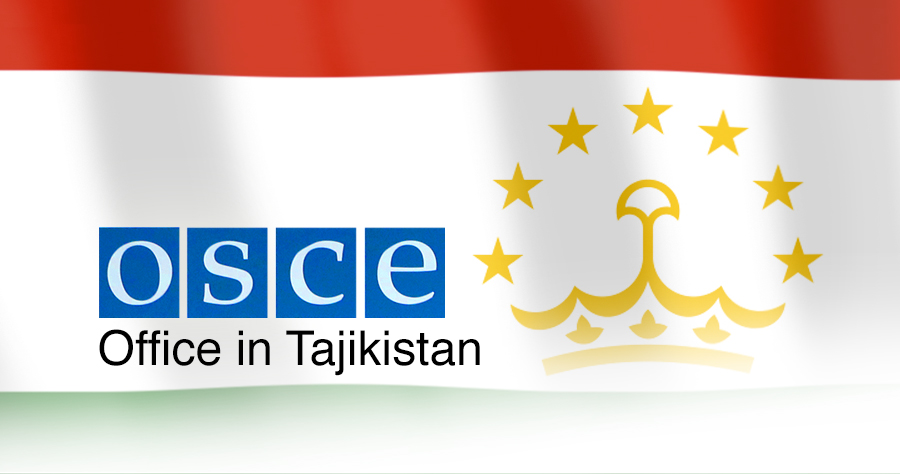 Response to the Report by the OSCE Programme Office in Dushanbe, Ambassador Valeriu Chiveri

I want to welcome Ambassador Chiveri to the Permanent Council and thank him for his report today. The United States values its bilateral relationship with Tajikistan, particularly as a partner in our efforts to stabilize Afghanistan, address regional security challenges, and strengthen connectivity in Central Asia. We appreciate that partnership with Tajikistan.

The United States supports the Programme Office in Dushanbe’s assistance to Tajikistan in addressing issues across all three OSCE dimensions.  We urge the Program Office to increase its collaboration with members of civil society, academia, and other OSCE-supported structures in carrying out its activities.

The United States supports the ongoing work of the Women’s Resource Centers, which promote gender equality and address the needs of victims of domestic violence.  We value the Office’s work to promote women’s political participation, and we welcome the emphasis the Programme Office has placed on involving youth, seen in the Network by Consensus Alumni Workshop and Youth Advisory Group meeting that was held in the Programme Office, and hosted in February.

The United States strongly supports the Border Management Staff College (BMSC), as was previously discussed, in Dushanbe, and we were pleased to see the 26th Border Management Staff Course completed this February. We continue to believe the BMSC should be included in the OSCE Unified Budget in order to put it on a more stable and predictable financial footing.  BMSC training programs benefit participants from many OSCE countries, and the College’s activities should be financially sustainable.

Mr. Chairman, we note with concern several developments in Tajikistan over the past year.  As highlighted by OSCE Representative on Freedom of the Media Harlem Desir, the accreditation of international journalists or the threat of closure of news outlets such as Radio Ozodi should not serve as a tool to control content or restrict the flow of information.  Reporters Without Borders also drew attention last month to the increased restrictions placed on journalists due to COVID-19. The ability to access and share reliable and accurate information is essential to public health during a time of crisis. We call on Tajikistan to lift these restrictions on online news media, and for its authorities to investigate reports that family members of journalist Humayra Bakhtiyar  have been subjected to intimidation. We believe Tajikistan’s long-term prosperity, security, and stability–which we support–require the government’s full commitment to protecting freedom of expression, including for members the press, and the ability of journalists to work without threat of reprisal, especially in times of crisis.

We remain concerned about restrictions on religious practices, including the participation of women and minors in religious services; rejection of attempts of minority religious organizations to register; and limitations on the publication or importation of religious literature. Tajikistan has been designated a Country of Particular Concern since 2016 for engaging in or tolerating particularly severe violations of religious freedom. We hope the OSCE can do more to assist Tajikistan in implementing its commitments concerning freedom of religion or belief. And we stand ready to support Tajikistan in that endeavour.

The United States has repeatedly raised its concerns about the rule of law, the elimination of political pluralism, and the targeting of defense lawyers, such as Buzurgmehr Yorov. The detention of independent journalist Daler Sharifov for “inciting national and religious hatred” is one notable example of these concerns. The Tajik Prosecutor General’s Office claimed that Sharifov had posted more than 200 articles and comments of “extremist nature aimed at inciting religious intolerance” on social media. Sharifov’s trial was held behind closed doors, with members of the media and civil society barred from attending. This undermines trust in the judicial system, because justice requires transparency and equal treatment under the law, for the public and the media to be able to see the legitimate activities are underway within the judicial system. We encourage Tajikistan to avail itself of OSCE assistance in addressing these issues.

We also urge the Tajik government to implement the OSCE’s pending recommendations for electoral reform, particularly in the run up to presidential elections in November.

Once again, I thank the Tajik government for advancing a partnership that is critical to regional stability. I encourage Tajik security forces to share with the OSCE their perspective on regional terrorism threats and the reintegration of Foreign Terrorist Fighters and their families. We welcome in OSCE fora the perspectives of Tajik women who have been impacted by Foreign Terrorist Fighter repatriations. We appreciate Tajikistan’s taking a leadership role on regional energy integration and transboundary water planning and hope to spur U.S. investment in the sector.

Ambassador Chiveri, thank you again for your report.  We appreciate all you do to assist Tajikistan to implement its OSCE commitments in all three dimensions and address the common challenges we all face.

Thank you, Mr. Ambassador, for your report.