Home Home | News & Events | Response to the Report by the OSCE Special Representative and Coordinator for Combating Trafficking in Human Beings, Val Richey 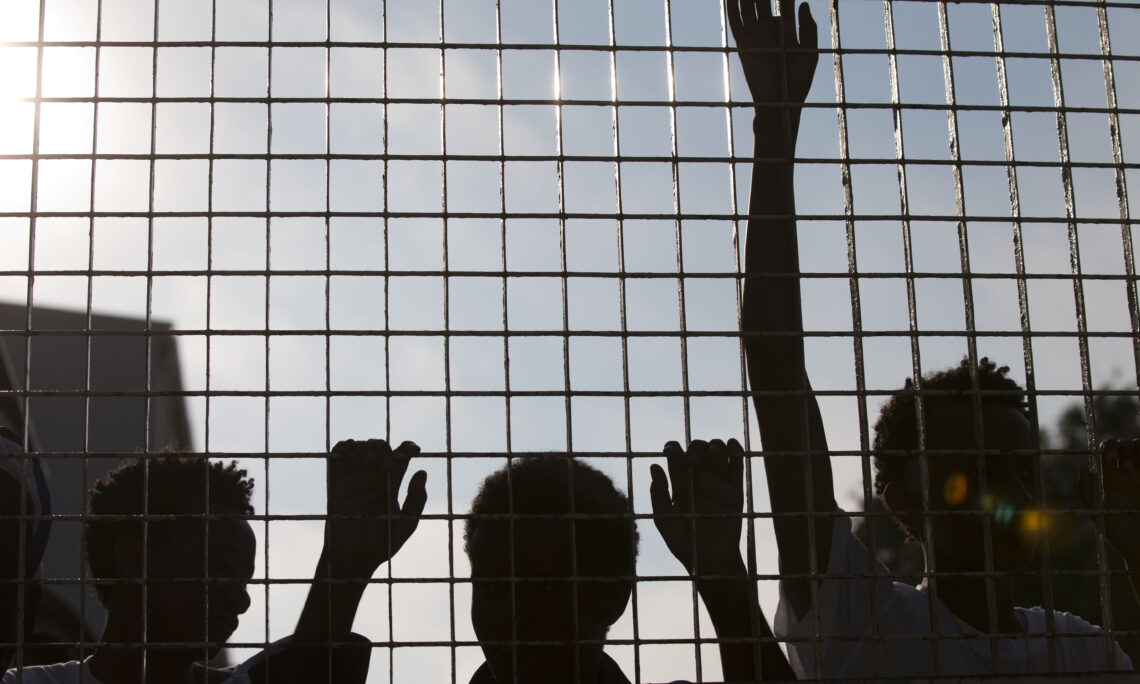 Response to the Report by the OSCE Special Representative and Coordinator for Combating Trafficking in Human Beings, Val Richey

The United States welcomes OSCE Special Representative and Coordinator on Combatting Trafficking in Human Beings Val Richey. Welcome back to the Permanent Council for your second annual report in this capacity.  Mr. Richey, the United States appreciates your hard work and dedication to combatting Trafficking in Persons.  As you know, the United States strongly supports the work of the Special Representative’s Office, as well as the work across all OSCE structures, to end this scourge. I wish to state clearly here that the U.S. has a particular interest in this topic, and has a particular interest in adding to the work of the OSCE, both in terms of our commitment management, financial commitments and otherwise, and we are looking right now at opportunities to work with partner nations that are working on this issue to be in the position to make a big difference in this topic.  We support the OSCE’s framework of “Prosecution, Protection, Prevention, and Partnerships” and believe this, along with the Office of Special Representative’s “policy to practice” approach, leads to successful, impactful anti-trafficking work.

This year marks the 20th anniversaries of the Palermo Protocol, the United States’ Trafficking Victims Protection Act of 2000, which mandated the U.S. Department of State’s annual Trafficking-in-Persons Report, as well as the Alliance Against Trafficking in Persons Conference.

In my consultations in Washington the division at the Department of State has been in pains to point out to me this work as well as leadership of the United States Congress on this issue.

As we look back on the past twenty years, we note the strides that have been made across the globe, yet recognize that there is still a lot of work ahead of us.

The United States was impressed by the Chair’s and the Office of the Special Representative’s hard work in organizing the first ever hybrid Alliance Against Trafficking in Persons Conference during the challenging CoViD-19 period that you pointed out.  The new format proved successful in allowing governments, the private sector, and civil society from around the OSCE region to robustly engage in the conference.  We say to you, Special Representative, well done.  The inclusion of survivors’ voices throughout the conference showed firsthand the effectiveness of our Trafficking in Persons initiatives, but also provided insight into areas for improvement.  The United States supports the many calls at the Alliance Conference for a victim-centered and trauma-informed approach to countering Trafficking in Persons.  It is important that these survivors help guide our policy discussions and action on the ground.

The Palermo Protocol commits state parties to adopt and implement national legislation to combat all forms of trafficking in persons, prosecute and punish perpetrators, protect and assist victims of trafficking, and promote cooperation among countries. So this discussion places a special obligation on the responsibility of nation states in their behavior toward their legislature, prosecution and investigation and procedures in this area.  Special Representative Richey, this year, your office launched a comprehensive strategy on prosecution, which featured largely at the Alliance Conference.  As you mentioned, successfully prosecuting traffickers starts with political will and governments dedicating the necessary resources to carry out anti-trafficking work.  Once again, I emphasize the responsibility of governments in this area, and governments here in the OSCE region.

I previously said in other fora that the United States joins the global community in calling on the People’s Republic of China (PRC) to end its campaign of repression against Uyghurs, ethnic Kazakhs, ethnic Kyrgyz, and other Muslim minority groups in Xinjiang.  This campaign includes mass detention of more than one million individuals in internment camps since April 2017, where we have credible reports and survivor testimony of torture, forced labor, and other human rights abuses including involuntary population control measures such as enforced abortion and sterilization.  This is national policy that has direct implications on the issue of trafficking in persons and has a direct implication on interactivity here within the OSCE region.

On September 3, when I was addressing the issue at the introduction of the Asian Partners of our Organization, we said that they carefully need to examine the PRC’s offers of cooperation with their belt and road initiative and consider where the parts that they are importing from China may be coming from, a point we have made in this larger forum here at OSCE previously., I stated that there are reputational, economic, legal, and other risks for procuring goods from entities engaged in human rights abuses. Countries could be implicated by imported goods sourced in Xinjiang or from factories elsewhere in China, implicated in the forced labor of individuals from Xinjiang.

In this year, the 20th Anniversaries of such momentous anti-trafficking protocol, legislation, and events; we call on participating States to take action to enact necessary reforms and to conduct their business accordingly.  Let us work together with our partners in civil society and the private sector to increase prosecutions of traffickers with a victim-centered and trauma-informed approach.

Special Representative Richey, I also wish to highlight your office’s work to combat child trafficking and protect child victims of trafficking, as well as your office’s work on technology as it intersects with trafficking in human beings.  We, too, are committed.  In January of this year, President Trump signed an executive order on combatting human trafficking and online child exploitation in the United States.  As noted in your statement on CoViD-19, as well as in the Office of Democratic Institutions and Human Rights’ survey and report with UN Women on the impact of CoViD-19 on trafficking in persons, children are at higher risk for trafficking, with technology providing abusers new ways of targeting and recruiting victims online.  As this pandemic continues, we call on participating States to focus their resources on child trafficking and protect the victims of child trafficking universally across the OSCE region.

We appreciate the Office of the Special Representative’s work to develop partnerships with civil society, the private sector, and with other multilateral organizations.

We note that the OSCE is again co-chairing the Inter-Agency Coordination Group against Trafficking in Persons.  Co-chairing this group improves coordination among UN agencies and other relevant international organizations.  Additionally, the United States is pleased to hear of the coordination and collaboration with the Office for Democratic Institutions and Human Rights, as well as other Secretariat offices, including the Transnational Threats Department.  Our ability to combat trafficking in human beings is multiplied when we coordinate and collaborate effectively as an organization, as participating States, and among the international community.

The United States remains committed to its efforts in bilateral and multilateral fora to continue the work that remains to end human trafficking.  You can tell by this statement the significance that the United States is placing on this issue.  We support and appreciate the high-level and impactful work the Office of the Special Representative conducts to combat trafficking in persons and look forward to our continued and more elaborate collaboration.